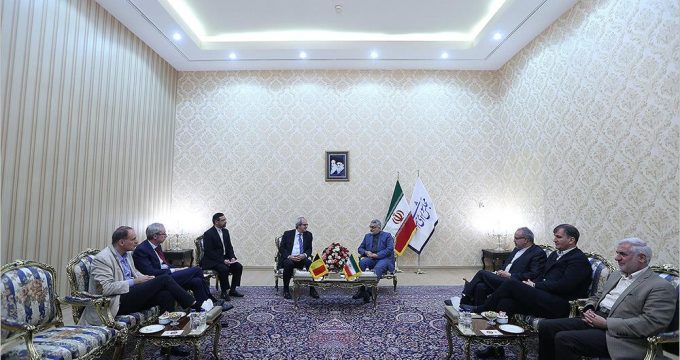 Terrorism a main threat to the security of all countries: Top MP

October 3, The Iran Project – Chairman of the Iranian Parliament’s Committee on National Security and Foreign Policy Alaeddin Boroujerdi says terrorism is a main threat to the security and stability of all countries, including European countries.

In a meeting with Dirk van der Maelen, head of Belgian House of Representative Foreign Affairs and International Relations Commission, Alaeddin Boroujerdi said on Monday that terrorism is a regional and global problem and a major threat to all societies.

The senior lawmaker referred to the West political and double approach to the issue of terrorism, stressing that their policy to strengthen terrorist groups to achieve political goals in the region is a dangerous game that is to the detriment of  international community.

Elsewhere is his remarks, he pointed to Iran-Belgium’s long history of close relations, saying that Tehran supports developing cooperation between the two countries in various fields, particularly industry and trade.

Dirk van der Maelen, head of Belgian House of Representative Foreign Affairs also expressed satisfaction with his visit to Iran, calling Iran an important and influential country in the region.

Takfiri terrorism is major concern of the Belgium society, said the senior Belgian parliamentarian, adding that the tendency of some European youth to ISIS has created deep concern in Europe.