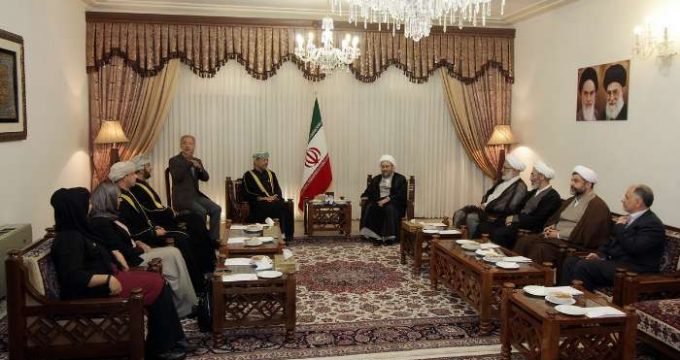 Oman, Iran stress on need to extend ties to all fronts

Tehran – Ali bin Zahir al Hilaly, Attorney-General of Oman and Iran’s judiciary chief Sadiq Amoli Larijani, held a meeting in Mashad on Thursday night in which they emphasised on the need to extend the cordial relations existing between the two countries to all fronts.

The attorney-general of Oman assured to pursue execution of bilateral agreements between Tehran and Muscat. He also welcomed Iran’s proposal for adopting a coordinated stance on International issues.

Iran’s judiciary chief for his part highlighted the deep and close relations between his country and Oman and called for continuation of consultations between officials of the two countries. He also urged execution of bilateral agreements on extradition treaty.

Sadiq Amoli Larijani urged the two countries to further cooperation in the field of human rights. He pointed out that human rights was one of the common subjects among regional states that has been targeted by foreign governments. He said it was therefore essential for Arab governments to expand the dialogue and cooperation in order to confront and clarify such issues.

Al Hilaly arrived in Tehran earlier this week and met with his Iranian counterpart, Mohammed Jafar Montathery.
The two sides inked a memorandum of understandin g to strengthen bilateral cooperation on legal and judicial matters.