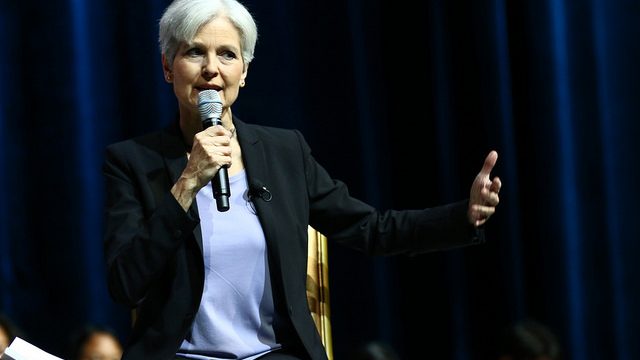 Why I’ll vote for the Jewish candidate in US presidential election?

Let me start off with a confession: I didn’t get it right when I speculated the Republican Party would not nominate Donald Trump for US president. I argued in an earlier column that if they did, the narcissistic Trump would most likely run as an independent candidate.

I had posited, or hoped in such scenario Bernie Sanders would do the same and run against the Democratic Party establishment’s nominee. The Republican leadership however, chose Party unity over what was best for America. And Sanders folded under the Democratic Party for the obvious reasons.

Four major candidates running for the final election could have signaled an end to the absolute two-party reign over US politics since 1792.  The governing duopoly has made American election process lengthy, expensive and stale, unlike the shorter, less costly and the much more dynamic European elections.

Today, American voters are left to choose between the lesser of two evils. The disapproval rating of Clinton and Trump hovers around 60%.  Possibly for the first time in American history, the new White House resident will be the least disliked of the two party picks.

In 2000, electorates were faced with similar quandary. They had to choose between George W Bush/Dick Cheney or Al Gore/Joe Lieberman tickets. Else, cast their votes for the alternative that had little or no chance of winning.

Three years later, it became very clear that “evils” flock together. To make the case for war, Bush’s greatest asset in US Senate was none other than Gore’s running mate, Lieberman. The Democratic vice presidential candidate who ran against the “evil” Republican, was the most faithful warrior in Bush’s loyal “evil” army in US Senate.

Hilary Clinton wasn’t far behind Lieberman. With her eyes on the White House, she proved to be an opportunist, voting to the sentiment of the majority of Americans who at the time supported the war. Leadership is front of the wagon, not behind it; Clinton failed her biggest leadership test.

Experience aside, Clinton and Trump are not much different: She’s wicked in politics, he’s evil in business. She supported unjust wars. He exploited workers and bankrupted businesses.

That’s why in 2016, I refuse to vote for the lesser evil and have decided to cast my vote next November for the Jewish US presidential candidate.

Jill Stein refuses to sell her soul to “evil doers” and financiers of US elections. She speaks for millions of students who are overburdened by bank loans. Her Green Party platform advocates living wages for hard working Americans. She stood up to American Zionist financiers of the two-party system: Shedlon Adelson supporting Trump and Haim Saban backing Clinton.

Heads or tails, Zionist financiers can always count on a winner in the White House.

Stein is the only candidate with the courage to tell Israeli leaders that US taxpayers’ money will be contingent on peace talk. Unlike current and previous presidents, Stein promised to withhold U.S. financial aid if Israeli continues flaunting American human rights values.

In an interview with the Israeli Newspaper Haartz, Stein warned Israel, “Home demolitions, occupation, assassination, apartheid…” against Palestinians wouldn’t be tolerated in her administration.

Despite my dissatisfaction with Barak Obama’s presidency especially on the Palestine question. The truth to be said however, Obama broke the mold of the Party establishment candidate. He rattled the status quo and won. He had created more than 14 million jobs since February 2010 and 20 million new Americans have gained health insurance coverage under his Affordable Care Act.

On the International front, he ended most of Bush and the Zioncon’s wars.  He ended America’s last cold war relic and established relationship with Cuba. And to a lesser extent, he stood up to the hubris Israeli rightwing prime minister and the powerful Israeli lobby in Washington. Even though, last week he cowered and agreed to grant Israel $38 billion of US taxpayers’ money in next ten years, the largest set-aside entitlement foreign aid package ever.

Still, optimistic as it maybe, but I’m hoping Obama will garner the audacity before he leaves office and proclaim an enforceable peace framework and to recognize Palestine.

Back to US election, it could be rationally argued that if it wasn’t for eight miserable years under Bush, American voters might not have taken a chance on someone, like Obama from outside the Party establishment.

The worst that could happen in November is electing the less experienced evil. Unfortunately, Americans would most likely suffer as a result. But hopefully short pain, long term gain. The bigger the evil in the White House, the better the chance is for no evil next election’s round.

American should vote for the greater good, not the lesser evil.

This article was written by Jamal Kanj for American Herald Tribune on Sep. 26, 2016. Jamal Kanj, was born in a Palestinian refugee camp in northern Lebanon ten years after the creation of the state of Israel.