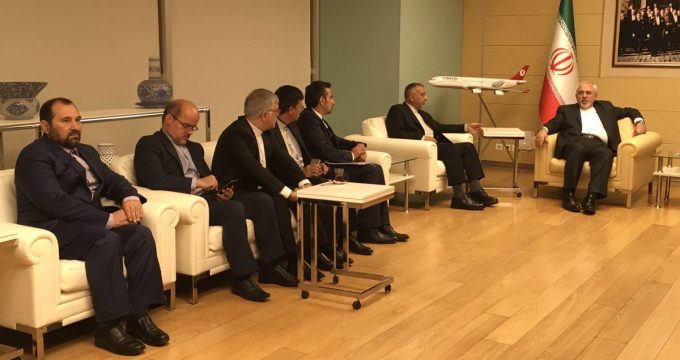 Iranian Foreign Minister Mohammad Javad Zarif has made a short stop in Ankara on his way back home from New York where he attended the 71st session of the UN General Assembly, as well as the foreign ministerial meeting of the 5+1 on Sep. 22.

During his short stay in Ankara, Zarif will meet with his Turkish counterpart Mevlüt Çavuşoğlu to exchange views on bilateral, regional and international issues.

In his visit to Turkey on August 12, Zarif held extensive meetings with President Erdogan and Prime Minister Yıldırım, where the two sides stressed their common understanding on the territorial integrity of Syria.

Following the visit, Turkish Foreign Minister Çavuşoğlu made a stop in Tehran on his way to India on August 18 and held talks on regional affairs, particularly the Syrian crisis, with Zarif in the few hours he was in Tehran.