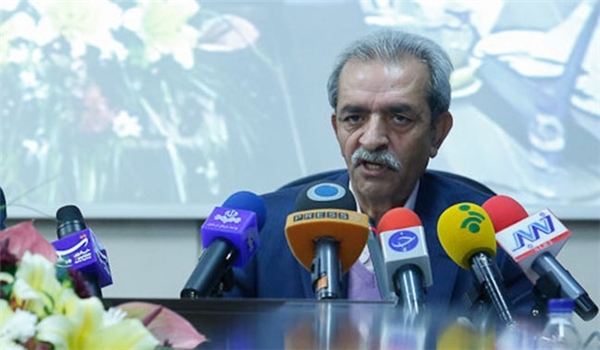 “Australian vast market is of significant importance for import of 200 billion dollars worth products, especially oil and petrochemical items; so it should not be taken for granted,” said Shafeie in an address to the Iran-Australia Trade Seminar at the ICCIMA.

He told the Seminar that active presence of Australian commercial delegation in Iran is a testimony to Iran’s live and dynamic economic and commercial atmosphere. “The minor and small word – “Sanctions” – contrasts significance and majesty of the name: ‘Iran'”.

He said serious and intensive talks with the six major global powers, signing of the Joint Comprehensive Plan of Action (JCPOA), and consequently the marathon of high-ranking economic delegations from Europe and other countries visiting Iran, all show ineffectiveness of sanctions issued by their architects.

He said Iranian market of 80 million is vast enough and exceptional geographical location of the country, which serves as a main entrance to the big markets in the CIS, Afghanistan, Turkey and Iraq, are among other advantages. “Such a big commercial condition should be taken as highly significant for any country, including Australia, which experienced negative trade balance last year.”

He noted that the big Australian market is of high significance for Iran for import of 200 billion dollars worth commodities, especially such items as mineral fuel, oil products and petrochemicals to the value of 40 billion dollars.

He predicted $10 billion target for Iran-Australia trade in the mid-term and said had trade ties not been affected by international diplomatic ties in the past decade, the volume of transactions would have been almost 10 billion dollars from one billion dollars those times.

He noted that presence of Australian trade delegation in Iran signifies firm will of Australian government and private sector to promote trade and economic relations with Iran.

R-opening of Australian trade office in Tehran is also good news for Iranian and Australian economic activists and will serve as the first practical step to be taken by Australia for expansion of cooperation with Iran, added Shafeie.

Shefeie concluded that very positive atmosphere is available for investment in Iran in the post-JCPOA era and various economic sectors in Iran are ready to accept direct investment or joint investment. “For instance, let’s refer to investment in the oil and gas project of 200 billion dollars in Iran.”