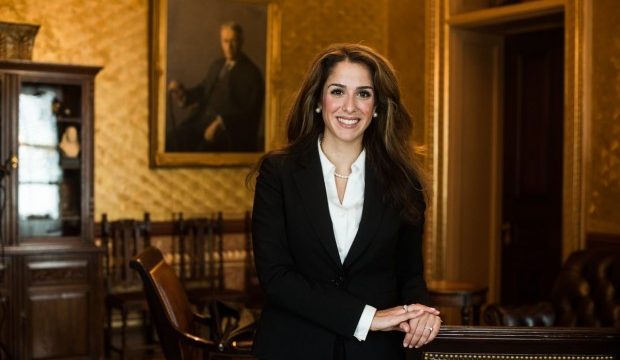 Iranian people feel effect of JCPOA in their daily life; US State Department

ILNA: The achievement of the Joint Comprehensive Plan of Action has broken taboos for the benefit of all the involved parties, Sahar Nowrouzzadeh, Secretary of State’s Policy Planning Staff, told Trend.

“Since the JCPOA is beneficial to all parties, we think all will stay committed to their obligations, although there maybe forces on both sides which would not like a diplomatic solution like the JCPOA to be sustained,” Nowrouzzadeh, who served as Director for Iran on the National Security Council Staff at the White House under the US president noted.

She expressed satisfaction that Iran and the group 5+1 (the US, UK, France, Russia, and China, plus Germany) have stayed committed to their obligations under the JCPOA so far.

Earlier this month the International Atomic Energy Agency reported that Iran kept up to its commitments under the JCPOA.

“We realize that although the US has upheld all its commitments under the JCPOA, it may take a little while for the people of Iran to see economic improvements in their daily lives,” Nowrouzzadeh admitted.

“Yet again we have to remember that for some 10 years the world community had serious concerns about Iran’s nuclear program and now only eight months have passed since the implementation of the JCPOA,” she said.

Tehran has been complaining that the US has failed to uphold the spirit of the nuclear deal, citing lack of courage from international businesses to engage in cooperation with Iran for the fear of US punishment.

“As Mr. Rouhani said before the General Assembly, although only eight months have passed since the implementation of the JCPOA, Iran has witnessed economic growth, reduction in inflation, and its oil export has almost reached the pre-sanctions level, which are important economic events,” Nowrouzzadeh noted.

“But again I have to stress that we continue to make efforts to make the people of Iran feel the economic gain in their daily lives. Yesterday at the Joint Committee the US and Europe said they would continue their talks with international banks and companies to answer their questions and discuss what economic opportunities are now open with Iran.”

“Even before the JCPOA there were imports and exports between Iran and the US, such as for medical equipment, as well as educational and agricultural products. But now the JCPOA allows companies such as Boeing to sell aircraft to Iran, which has not happened since the 1970s and is therefore an important event. Also, foreign subsidiaries of us companies can certain business with Iran. The US can also import pistachio and carpet and other products from Iran,” the State Department official told Trend.

Earlier this week, the Office of Foreign Assets Control authorized Boeing and Airbus to carry out their deals with Iran which were pending since early this year. Many believe the green light will give more international companies the courage of doing business with Iran.

“This increase in trade indicates that the US does not prevent legal trade,” Nouruzzadeh said, adding, “We hope in future we can have more constructive talks.”