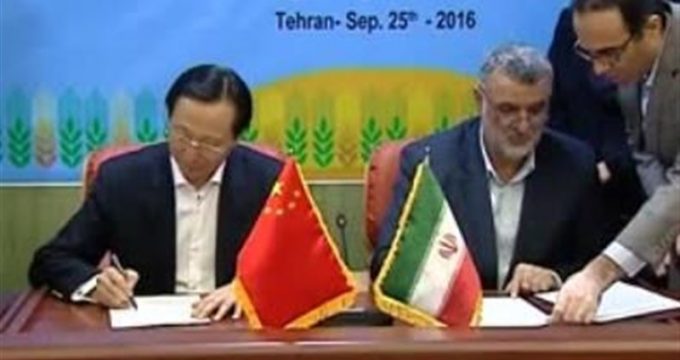 TEHRAN (Tasnim) – The agriculture ministers of Iran and China signed two cooperation documents to boost cooperation between the two countries in the field of fisheries and aquaculture.

Based on the documents, signed in a meeting between the two in Tehran on Saturday, China will invest 20 billion Yuans ($3 billion) in different parts of Iran’s fishery sector.

The Chinese minister of agriculture, Han Changfu, is visiting Iran at the head of a 20-strong delegation of investors to develop cooperation between the two countries in different agricultural areas, especially in fisheries.

In recent months, the two countries have sought to enhance ties in various spheres, especially economy and trade.

Back in January, China’s President Xi Jinping paid an official visit to the Iranian capital, during which high-ranking officials from the two sides signed 17 cooperation agreements and memorandums of understanding (MoUs).

International interest in ties with Iran has been growing since Tehran and the Group 5+1 (Russia, China, the US, Britain, France and Germany) on July 14, 2015 finalized a comprehensive nuclear deal and started implementing it on January 16.

The agreement, known as the Joint Comprehensive Plan of Action (JCPOA), terminated all nuclear-related sanctions imposed on Iran.