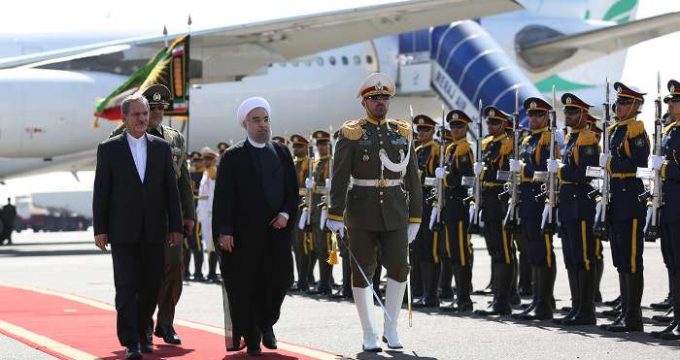 Rouhani back home from New York

Upon his arrival in Mehrabad Airport, he was welcomed by Vice President Es’haq Jahangiri and Advisor to Supreme Leader for International Affairs Ali Akbar Velayati.

Rouhani left Tehran for Caracas, Venezuela, last Friday to take part in the 17th Summit of Non-Aligned Movement and hand over the NAM leadership to President Nicolas Maduro.

On the leg of his one-week tour, the President visited New York to deliver speech to the 71st Summit of the United Nations General Assembly.