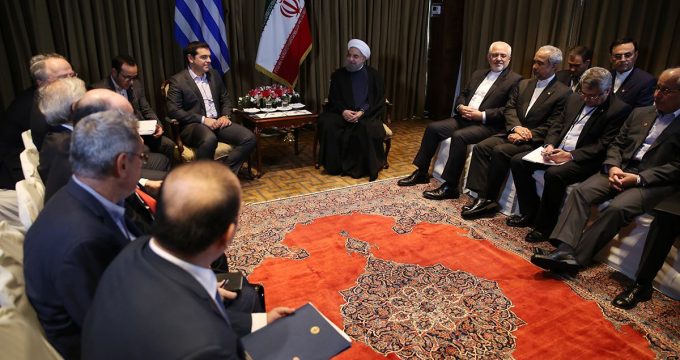 “A new chapter in relations between the two countries has begun and full implementation of agreements will build a powerful foundation for the future ties,” President Rouhani said.

The Iranian president stressed that banking relations should develop, and said: “Banking relations is the main base for economic ties and, simultaneously, private sectors of both countries should be encourage to cooperate more.’

The Greek prime minister, for his part, said that Athens is willing to cement ties with Tehran in all fields, especially economy, and added, “Greece wants to be a bridge between Iran and Europe and implementation of the roadmap for development of ties that was finalized in Tehran will ascertain this idea.’

‘The implementation process of agreements between the two countries has begun and this can cement Tehran-Athens ties,’ Tsipras added.