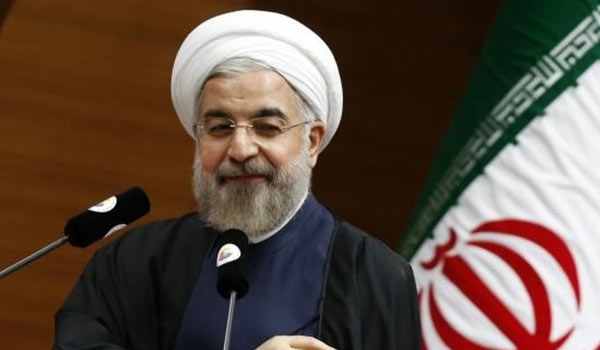 President Rouhani made the remark at a press conference in New York on Thursday before leaving for home.

He noted, “Fortunately, in the complicated nuclear issue of Iran agreement was reached and this was confirmed by the UN Security Council.”

He said as far as nuclear arms and Weapons of Mass Destruction are concerned, Iran has no plan to that effect and Iran’s defense doctrine is not production of the WMDs.

“Now it is proven to the world community that it marks a big success for Iranian government and nation,” president said while referred to the Iran-G5+1 agreement over nuclear issue.

He said sanctions were wrong tool, eventually harmful to all, which were lifted.

He called for removal of banking problems after the JCPOA and loyalty of the parties to the agreement to their commitments.

In another part of the interview, the president called for free sale of passenger planes to Iran after the JCPOA implementation.

On Syria, he said very important issues are related to Syria as millions are homeless there and no medicine and food had been put at the disposal of many people there for months.
He said 60 percent of Syria is under control of terrorists.

He added that Iran has offered much help to Syrians in past months and years.

‘Humanitarian aid has nothing to do with banned flights. No flying will only benefit terrorists because, besides planes, they have all kinds of arms, guns and artillery at their disposal. Of course, safe ways should be found for shipment of humanitarian aid.”

“I believe the top issue with Syria is sending aid to Syrian people. Second issue is campaign against terrorism and thirdly, preparing the ground for all groups to be present in the future government and people’s vote can lead to formation of democracy in the country.”

He said the post-sanction era is an opportunity for Iran to improve relations with other countries.

Then he focused on wheat and said Iran has extra wheat and should export the surplus.