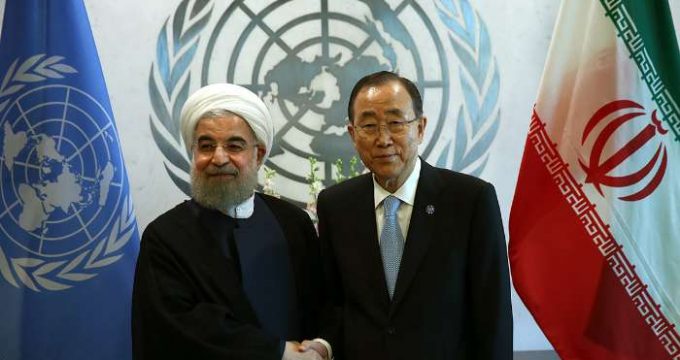 On the sidelines of the 71st United Nations General Assembly meeting, Ban Ki-moon urged finding a sustainable solution to the ongoing crises in Syria and Yemen.

The United nations Secretary General also emphasized full implementation of nuclear deal between Iran and P5+1, known also as the Joint Comprehensive Plan Of Action by all parties.

He also urged upholding of the UN Security Council Resolution 2231.

Elaborating on the situation in Yemen, Ban Ki-moon also said that the participation of the Yemeni Houthi Ansarullah movement representatives in peace talks and a peace-seeking approach adopted by the movement tends to be an important precondition for finding a political solution to the crisis in Yemen.

The UN chief called on President Rouhani to persuade the Yemeni Houthi Ansarullah movement to take part in the peace talks.

On Syria too, Ban Ki-moon asked the Iranian President to mediate and use its clout to help resumption of peace talks in the country.