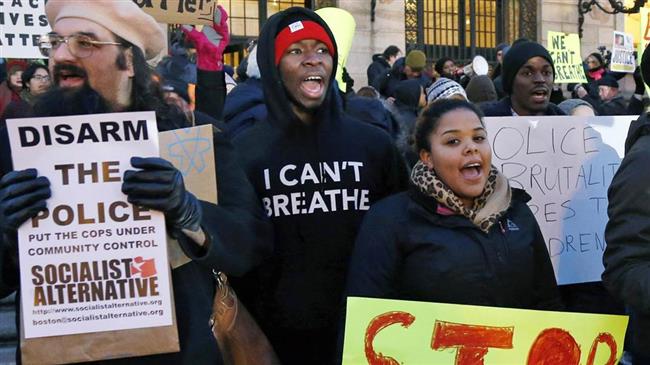 The governor of the US state of North Carolina has declared a state of emergency following a second night of violent protests in Charlotte over the fatal police shooting of a black man.

“I have declared a State of Emergency & initiated efforts to deploy the Nat’l Guard & Highway Patrol to assist local law enforcement in CLT,” Governor Pat McCrory said on Wednesday night.

One protester critically shot at a demonstration against police brutality succumbed to his injuries following the clashes in the city center.

The protesters were marching Wednesday to denounce the police shooting of African American Keith Lamont Scott, killed in the city on Tuesday night.

“No Justice, No Peace,” shouted the demonstrators as they clashed with heavily-armed police officers in riot gear.

There were conflicting reports about how Scott was killed with police alleging that he was armed, ignored police order, and hurt 16 officers.

Police later claimed that the protester was not shot by officers at all, according to the Associate Press.

The Charlotte police chief earlier announced the death, but later on the statement was retracted.