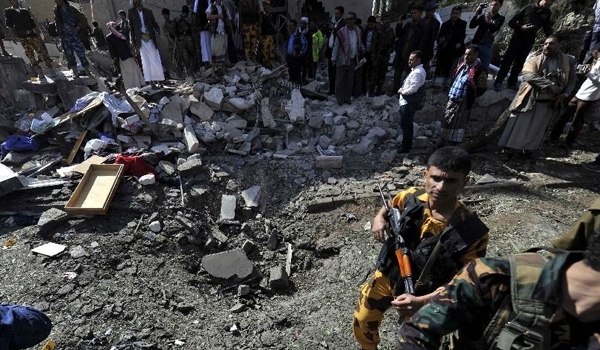 At least 35 people have been killed and scores more injured in a Saudi airstrike on Yemen’s western Hudaydah province.

The strikes were carried out against a busy marketplace in the province’s Hawak district late on Wednesday.

Earlier in the day, Saudi warplanes targeted residential areas in the northwestern province of Sa’ada.

Meanwhile, Yemeni forces have carried out a retaliatory missile attack on a Saudi military base in the kingdom’s southern Najran region.

On Tuesday, Saudi airstrike killed 12 children and three women on an attack i the country’s province of Jawf.

Saudi jets also carried out some 12 bombing raids on the capital city of Sana’a, killing one civilian and injuring a number of others.

Saudi Arabia has been incessantly pounding Yemen since March 2015, with the UN putting the toll at 10,000. The offensive was launched to reinstate Abd Rabbuh Mansur Hadi, a Saudi ally who has resigned as Yemen’s president.

Yemen’s army and Houthi Ansarullah fighters have been retaliating for the strikes through counterattacks on Saudi mercenaries and also by hitting targets inside Saudi Arabia.