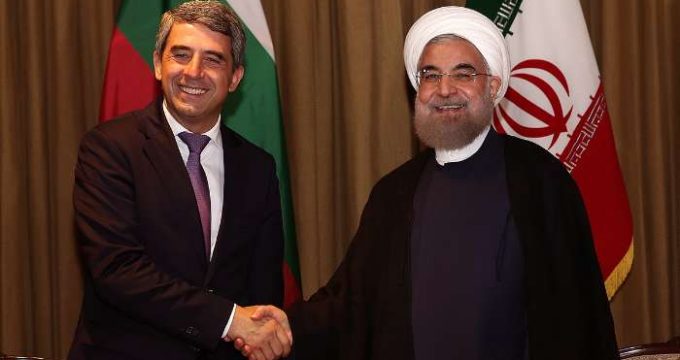 The Iranian President reviewed issues of mutual interest with the Bulgarian President during a meeting on the sidelines of the 71st meeting of the United Nations General Assembly.

President Rouhani is in New York to attend the 71st session of the UN General Assembly.

He is expected to address the UN body on Thursday.

President Rouhani has so far met with the prime ministers of Italy, Norway, the United Kingdom and Sweden as well as leaders from the Muslim communities in the United States.

He has also held talks with the United Nations Secretary General Ban Ki-moon.