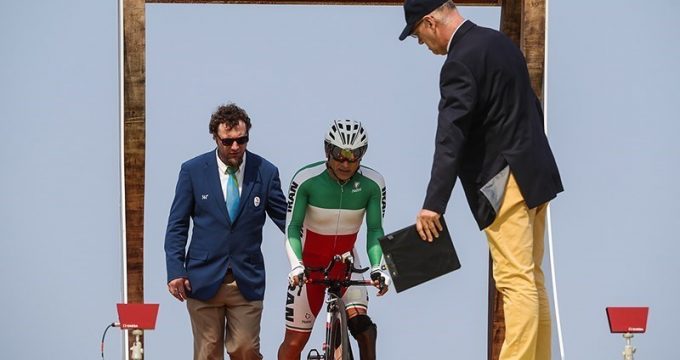 Tehran, Sept 19, IRNA – Supreme Leader of the Islamic Revolution Ayatollah Seyyed Ali Khamenei expressed regret over the sad demise of the Iranian Para-cyclist who died in Brazil during the men’s road race on September 17.

Signatory In a message to the Iranian team at the Rio 2016 Paralympics, Ayatollah Khamenei expressed sympathy over the sad event.

Bahman Golbarnezhad, a 48-year-old war veteran, died in Brazil’s Rio due to severe injuries caused by a broken neck after a crash during the men’s road race.

The Iranian team was called ‘Mina’ remembering those Irania Hajj pilgrims who were brutally killed during last year’s Hajj congregation during a stamped in Mina.

In his message, the Leader referred to the Iranian athletes as those who revived the names of the Iranian Hajj martyrs by naming their team after the martyred pilgrims.

some 461 Iranian pilgrims were killed in Mina, Saudi Arabia, in 2015 while they were performing the Stoning of Satan ritual.

Iranian athletes have collected 23 medals including seven gold, nine silver and seven bronze during the sport event which officially ended in the Brazilian capital on September 18.