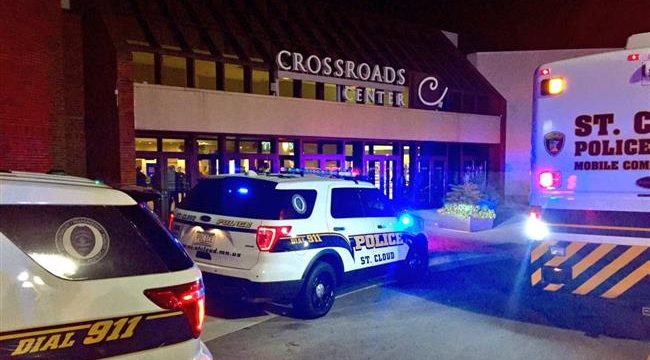 The US Federal Bureau of Investigation (FBI) has launched an investigation into Saturday’s stabbing spree at a mall in Minnesota, treating it as a “potential act of terrorism.”

The attack took place on Saturday night, when the knife-wielding attacker, dressed in a private security uniform, went on a rampage inside a mall in St. Cloud and stabbed 8 people before being gunned down by an off-duty police officer.

“We are currently investigating this as a potential act of terrorism, and I do say ‘potential,’” said FBI agent Richard Thornton from the agency’s Minneapolis office.

“We will try to peel back the onion to find out what motivated this individual to commit the horrific act that he did,” he added.

The Daesh (ISIL) terror group claimed responsibility for the attack on Sunday, stating that the attacker had responded to its call for carrying out attacks in countries that are involved in an international anti-terrorism effort in Syria and Iraq.

However, the group has a history of using similar language in the wake of attacks that it did not have any prior knowledge of.

All but one of the injured sustained non-lethal injuries and were expected to be released from the hospital soon.

The off-duty officer who shot the assailant said the man asked at least one of the victims if they were Muslim before stabbing them.

St. Cloud police chief William Blair Anderson said it was not clear if the attack was linked to terrorism as police were looking for the suspect’s possible motives.

The mall was put on a lockdown following the attack and would be closed until further notice.

St. Cloud is a small town located about 65 miles northwest of Minneapolis, and has a population of about 67,000 people.

The attack followed two suspicious explosions that ripped through New York and New Jersey earlier in the day.

The stronger explosion happened in the Chelsea neighborhood of New York City, injuring at least 29 people.

The New Jersey explosion went off in a garbage can on the route of a Marine Corps charity run.