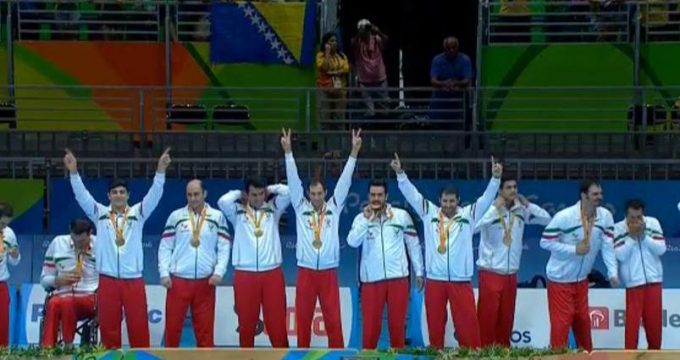 Iran’s national team of sitting volleyball has been crowned as the gold medalist of Paralympic Games in Brazil.

The Iranian outfit managed to beat Bosnia and Herzegovina 3-1 at Riocentro, Rio de Janeiro, on Sunday, winning the prestigious gold for the sixth time in the Paralympics.

Iran is the most decorated team in sitting volleyball in the Paralympics history. It has finished six editions of the games with gold medals, beginning in Seoul in 1998, while ending as runner-up in Athens 2004 and London 2012.

The gold was Iran’s eighth and last in Rio games. A tally of 24 medals, which also included nine silver and seven bronze medals, put them in the 15th position of table of medals. The country had finished 11th with 10 gold medals, seven silvers and seven bronze medals in the previous edition of the Paralympics in London four years ago.

The Iranian delegation to the 2016 games saw 111 athletes competing in 12 sports. However, sad news broke out on Saturday in para-cycling when Iran’s Bahman Golbarnezhad shockingly died after a horrific crash in the men’s C4/C5 road race. Authorities said an investigation was launched into the death, which was the first ever for a Paralympic athlete in the history of the games.