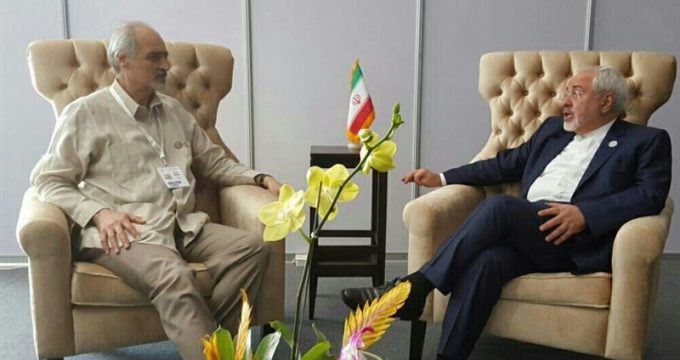 During the meeting held on the sidelines of the 17th NAM summit in Venezuela on Thursday, Zarif and Jaafari discussed a range of issues, including the latest developments in war-hit Syria and ways to end the more than five-year-old conflict in the Arab country.

The two sides also stressed the need for closer mutual cooperation between the Islamic Republic and Syria in diverse spheres.

The 17th NAM summit started in Margarita Island, Venezuela, on Thursday, September 15, and will wrap up on September 18, 2016.