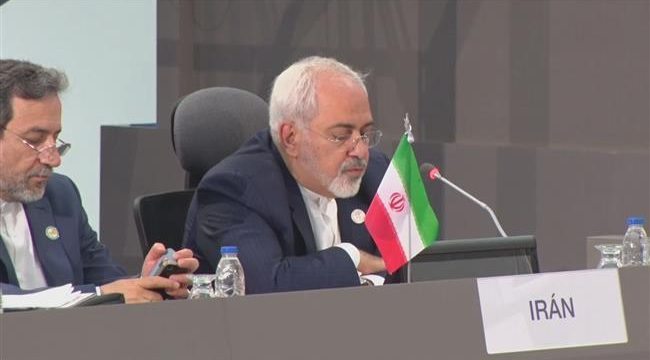 Iranian Foreign Minister Mohammad Javad Zarif has warned that interference in the domestic affairs of other countries, occupation and extremism constitute serious threats to the world peace, security and development.

“It is evident that intervention, invasion and occupation as in the cases of Iraq, Syria and Palestine, leads to extremism. The tragedy of Palestine, the center of anger and desperation felt in the Muslim world, is at the heart of this crisis,” Zarif stated at the foreign ministerial meeting of the Non-Aligned Movement (NAM) in Venezuela’s Margarita Island on Thursday.

He added, “In such a difficult and challenging situation, self-restraint and full commitment to international law, regulations and norms in addition to UN Charter principles are a matter of absolute necessity.”

“Violent extremism and terrorism accompanied by their horrific consequences, like growing hostilities and humanitarian crises, are among the gravest threats that require more serious attention from NAM member states,” the top Iranian diplomat pointed out.

Iranian President Hassan Rouhani is scheduled to attend the summit and deliver a speech on Friday. He will later hand over the NAM rotating presidency for three years to his Venezuelan counterpart Nicolas Maduro.

NAM, an international organization with 120 member states and 21 observer countries, represents nearly two-thirds of the UN members. It is considered as not formally aligned with or against any major power bloc.