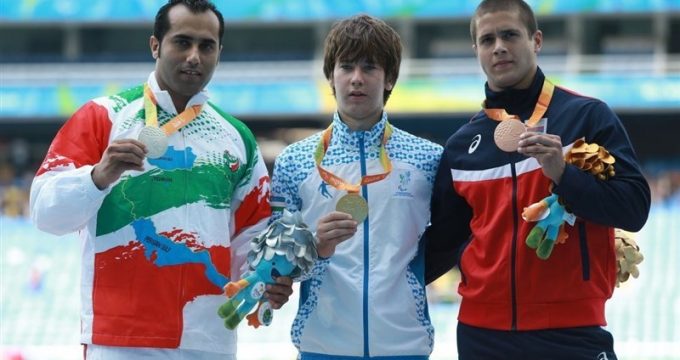 RIO (Tasnim) – Sajad Nikparast won a silver medal at the javelin F13 in the Paralympic Games on Wednesday.

Iran’s reigning Paralympic silver medallist Nikparast claimed the silver with a throw of 62.74.

In his Paralympic debut, Uzbekistani teenager Aleksandr Svechnikov set the bar early in his second attempt (65.69), en route to the gold.

Iran has participated at the 2016 Summer Paralympics with 111 athletes in 12 sports.