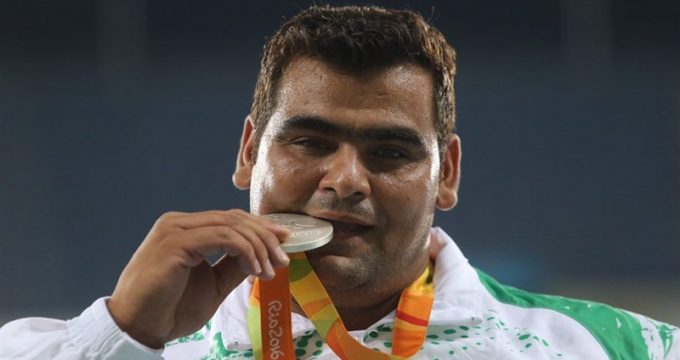 The athlete won the silver medal with a throw of 14.31m.

Aled Davies, who won discus gold in London four years ago, broke the Paralympic record with a first attempt of 14.85m and his final effort was 16cm off his own world record.

Iran has participated at the 2016 Summer Paralympics with 111 athletes in 12 sports.