A look at Iranian newspaper front pages on September 13

They also covered the letter of apology by Saeid Mortazavi, the former prosecutor-general of Tehran who allegedly had a role in the deaths of three Iranian protesters during the 2009 Iranian election protests. Mortazavi is now being tried for what he did at that time. 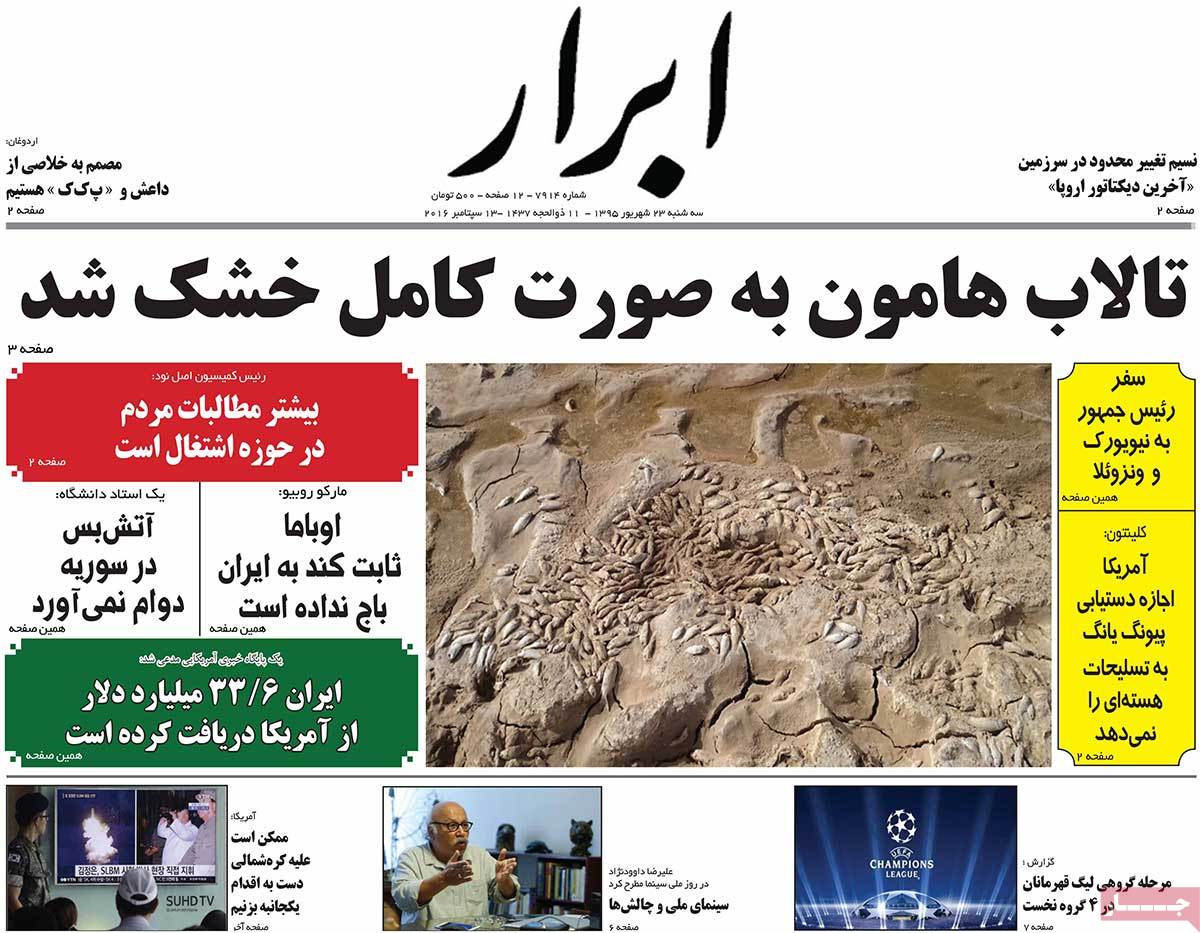 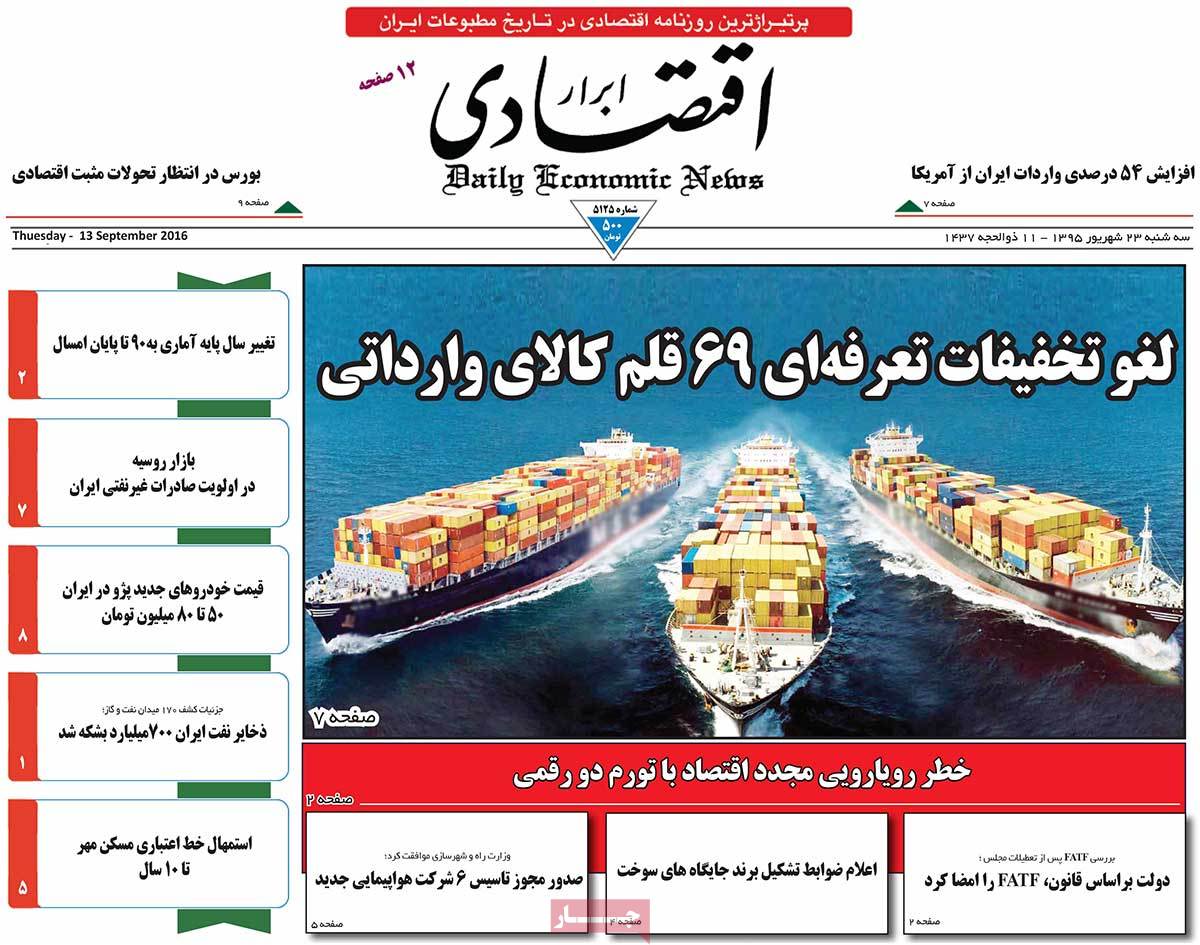 1- Nuclear Chief: US Political Credit Hinges on Its Commitment to JCPOA

2- Amir Abdollahian: Saudi Arabia Should Accept the Responsibility of Mina Tragedy and Pay Blood Money of Its Victims 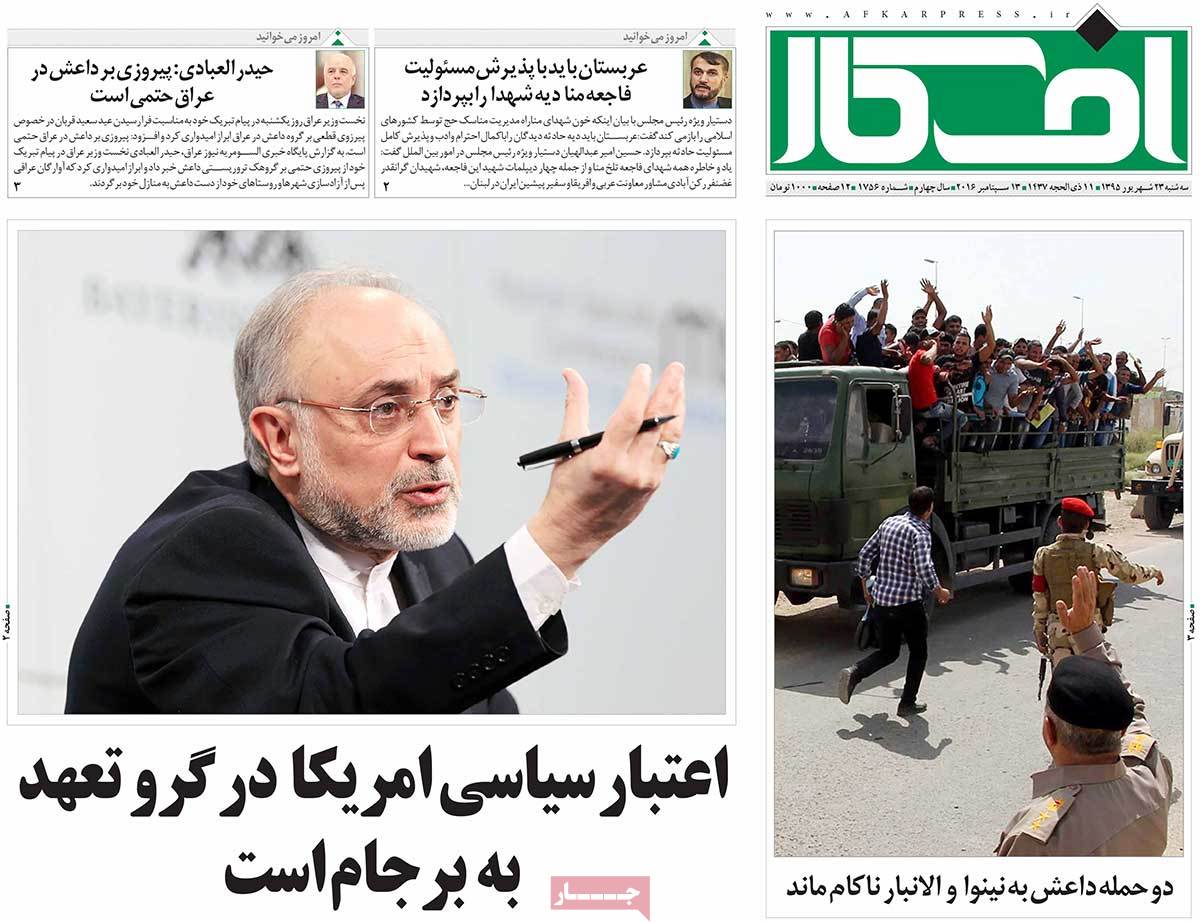 1- Rouhani’s Special Visit to the US: Will President Personally Pursue West’s Violation of Its JCPOA Commitments? 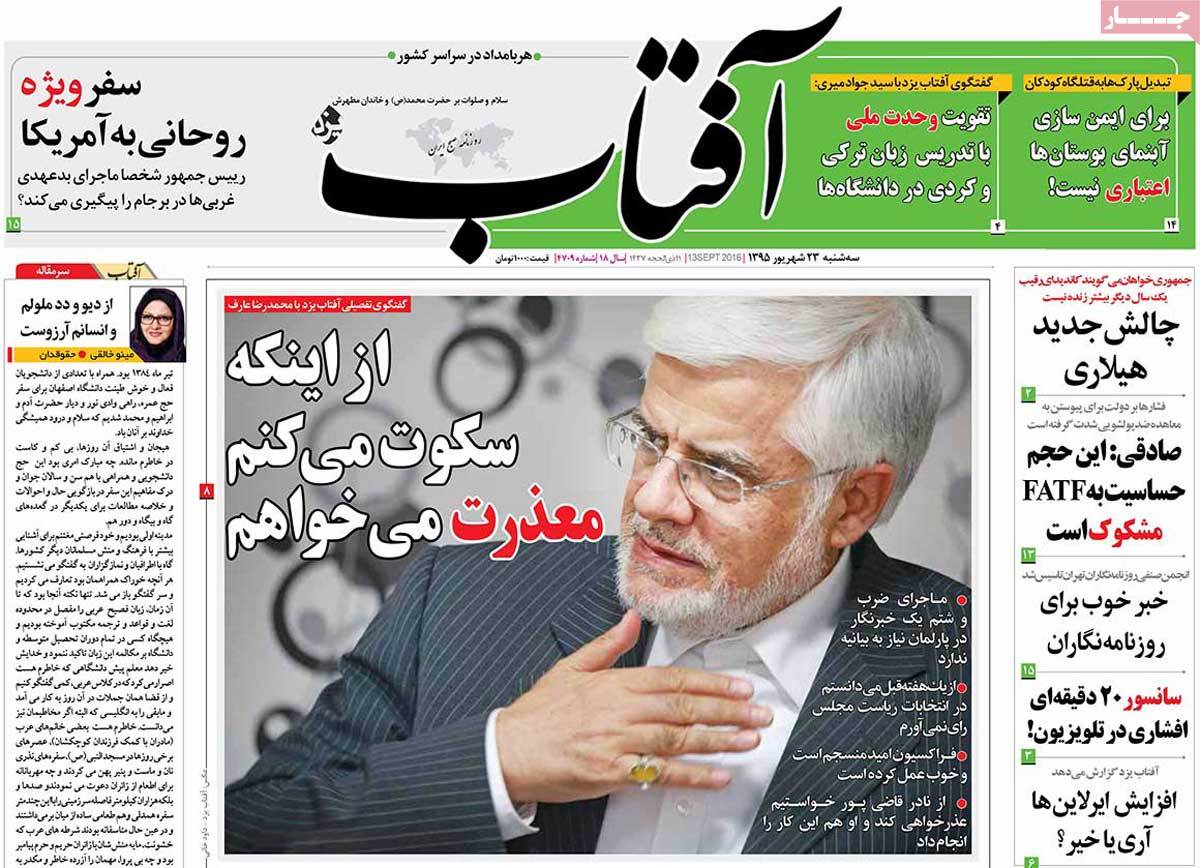 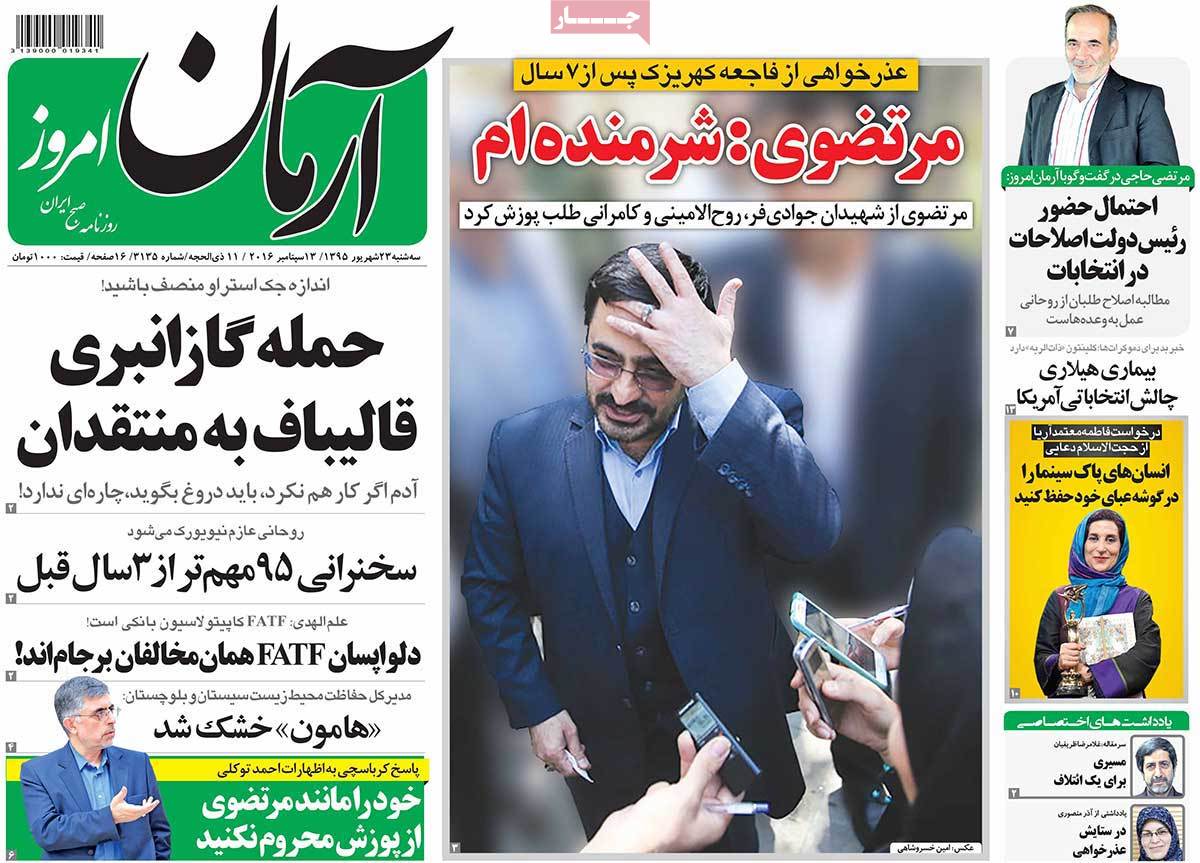 1- Nuclear Chief Salehi: No Secret Deal between Iran and Group 5+1

2- Culture Minister in National Day of Cinema: Today, There’s No Gap between Government and Artists Anymore 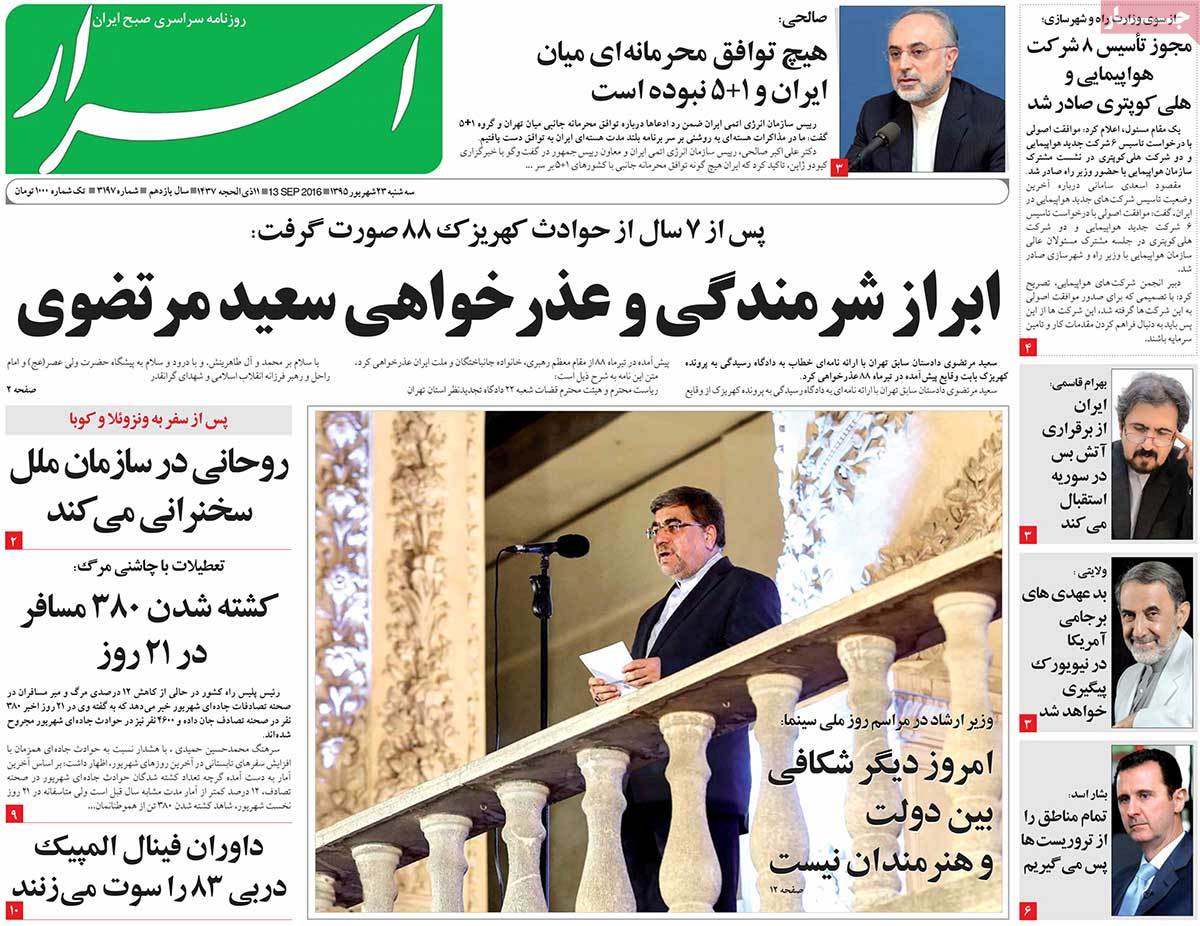 2- Plan for Increase in Production and Export of Crude Oil 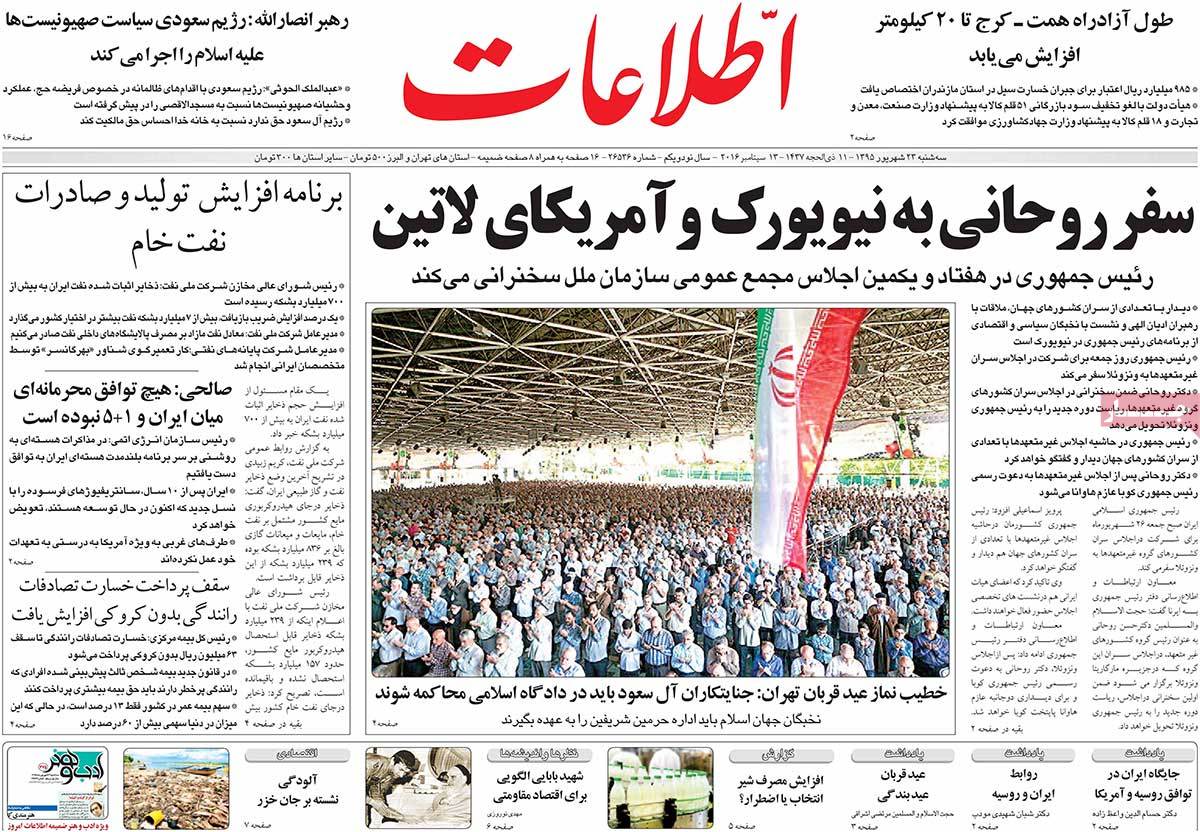 3- Vacation Flavoured with Death: 380 Passengers Dead in Car Accidents in Past 21 Days 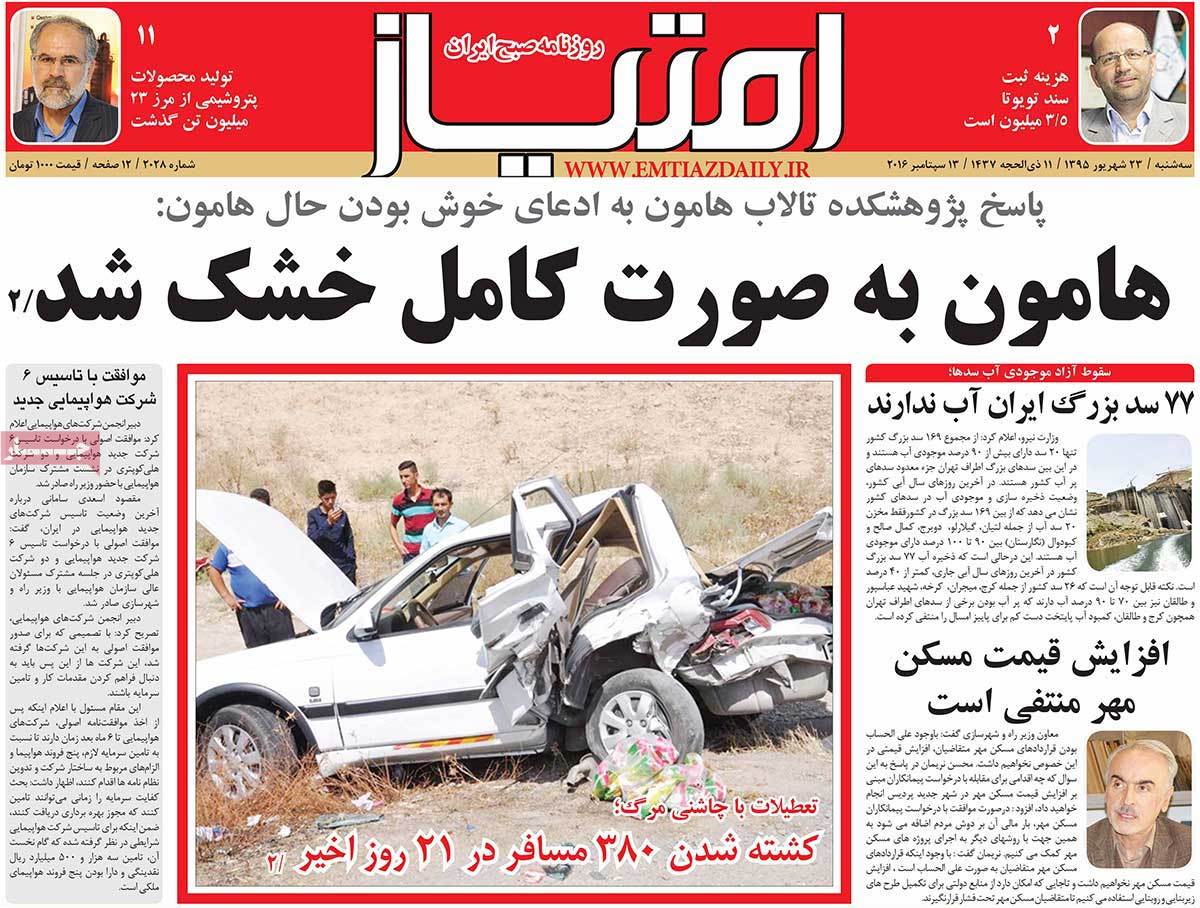 1- Iran and Africa Have Yet to Know Each Other: Foreign Ministry Official 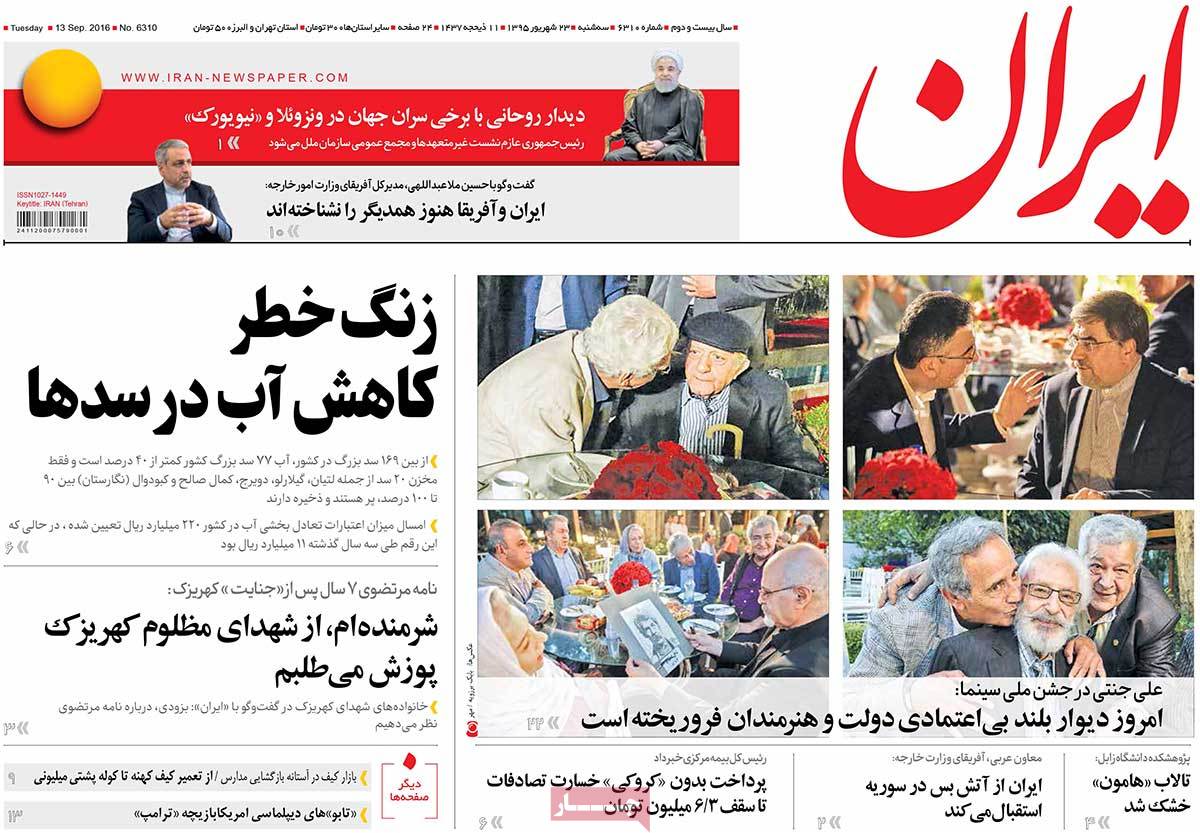 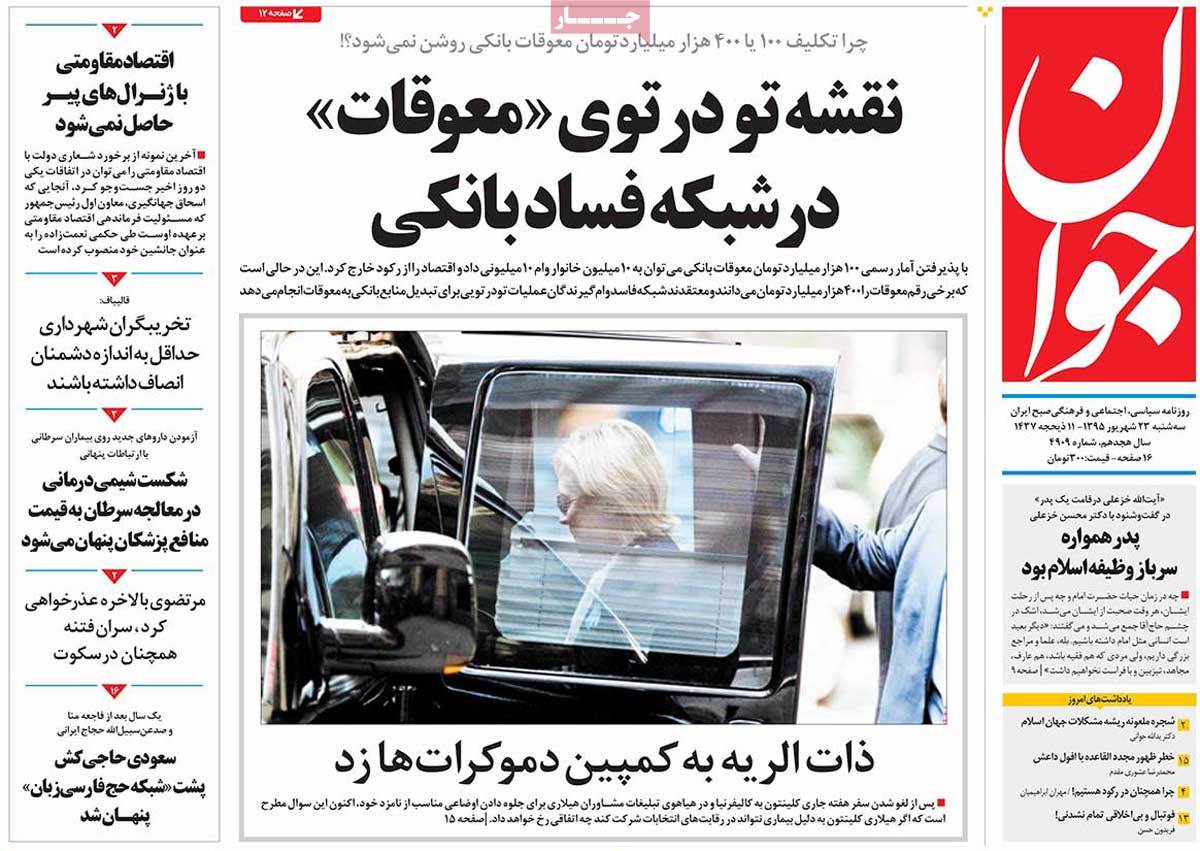 1- Nuclear Chief Salehi: Continued Implementation of JCPOA Is to the Benefit of World and Region; Iran to Build Small and Large Nuclear Power Plants 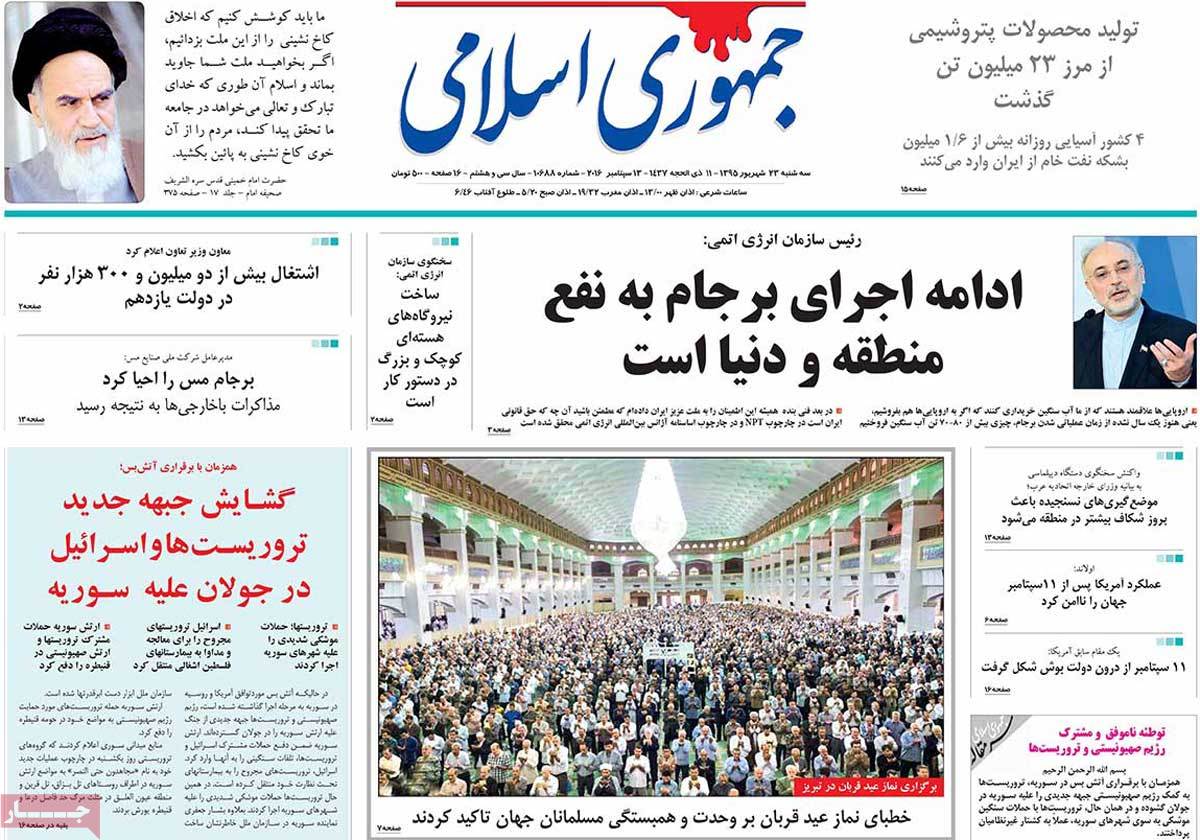 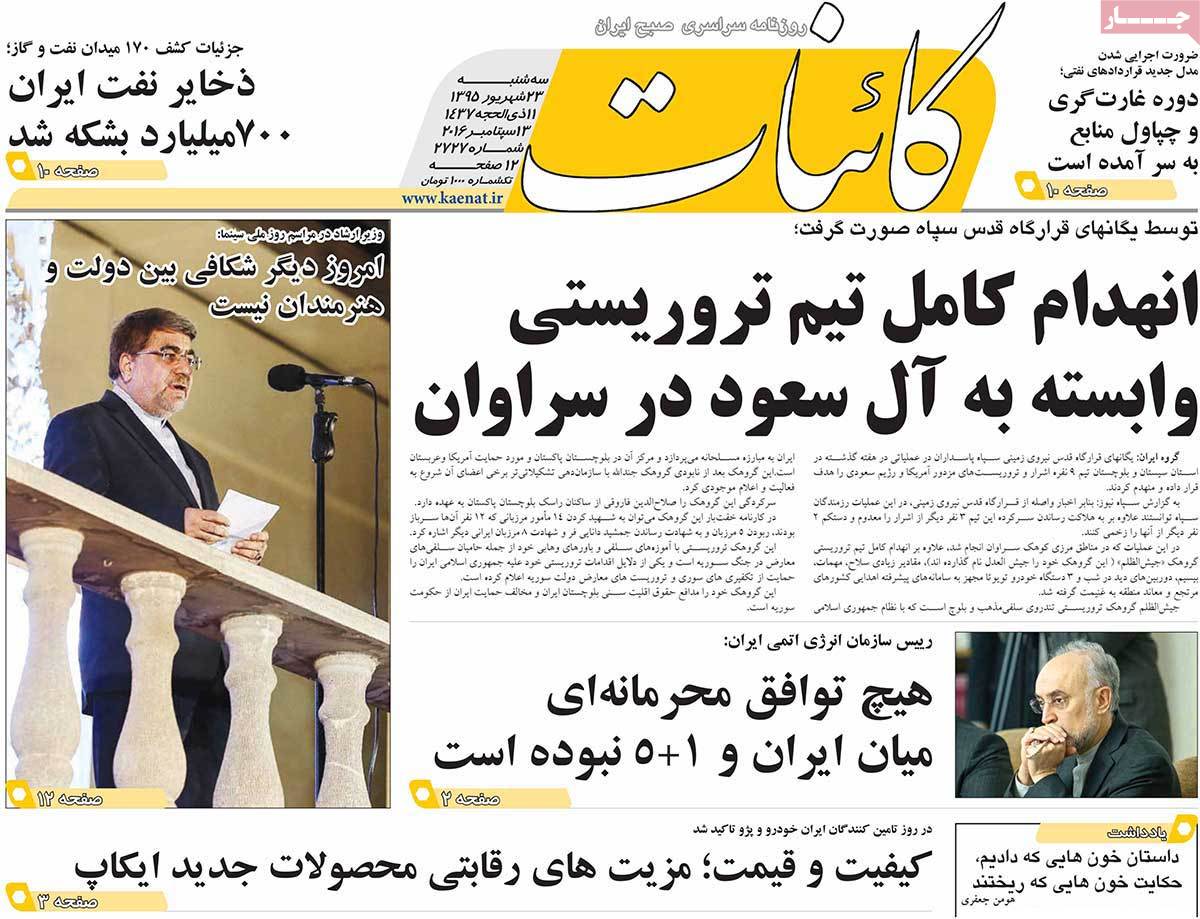 3- Ayatollah Khatami: Al Saud Is Not Just Accused, It Is Criminal and Should Be Tried 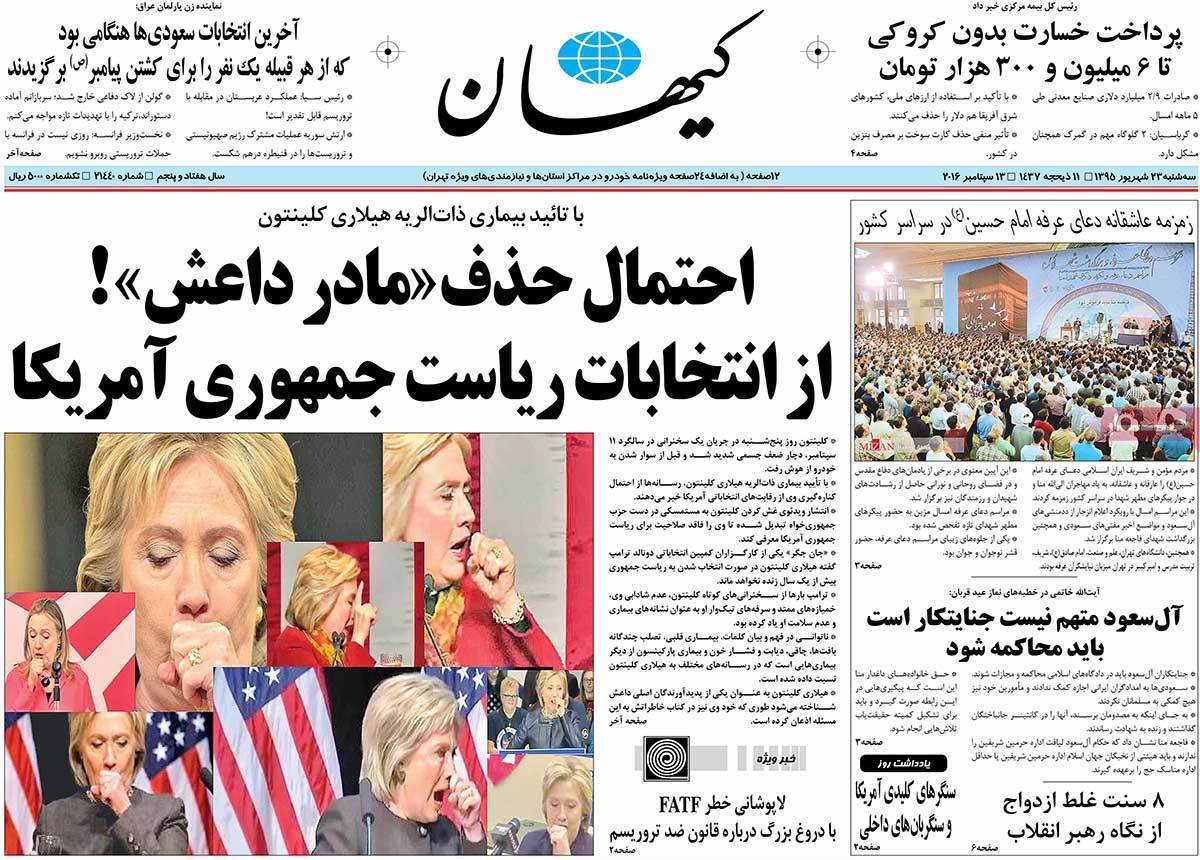 1- Education Minister: Number of Students in Iranian Schools Up by 200,000 in New Year

2- Nuclear Chief Salehi: Iran’s Nuclear Industry Not Stopped at All 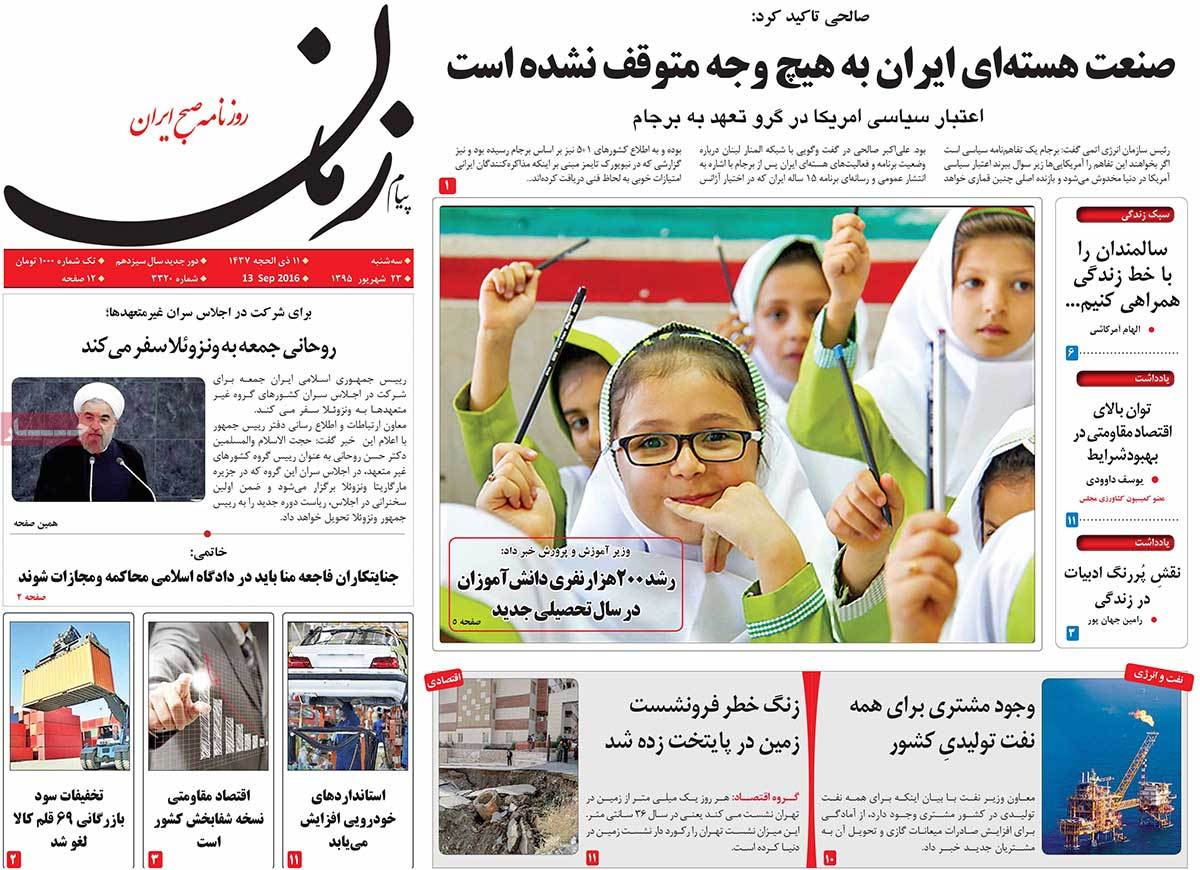 1- Ayatollah Alamolhoda: FATF Is US Hegemony over Iran’s Banking System

2- Zarif: Stubbornness and Ignorance of Al Saud Has Made It an Illogical Regime 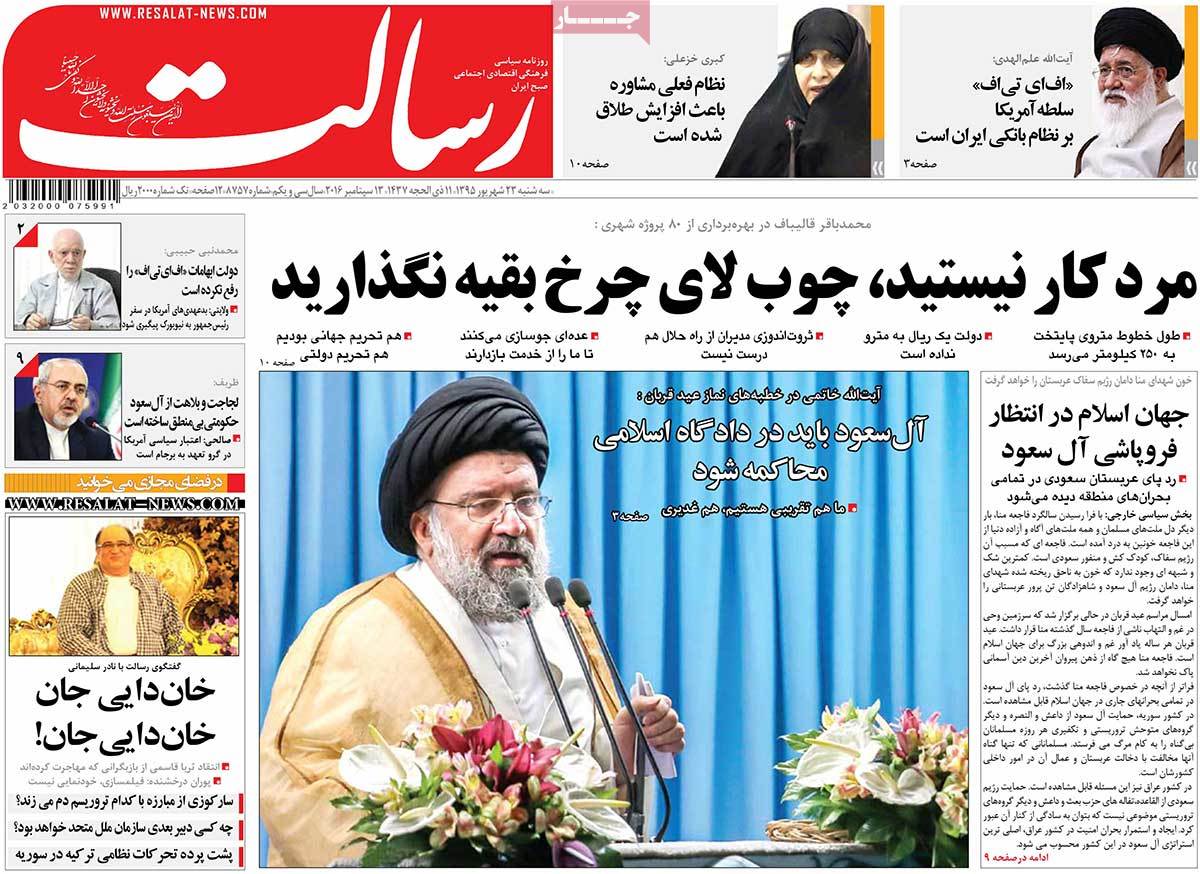 3- Rouhani’s Emphasis on Dialogue and Constructive Interaction with the World, Most Important Feature that Distinguishes Him from Ahmadinejad

4- Women Are Going to Take Lots of City Council Seats

3- The Period of Time between One’s Graduation and Beginning of First Job Has Increased: Costs of Excessive Focus on University Degrees for Iran’s Economy

1- Alamolhoda: FATF Is Capitulation of Banking

2- If We Don’t Cooperate with FATF, We Should Stay in Isolation: Former CBI Official 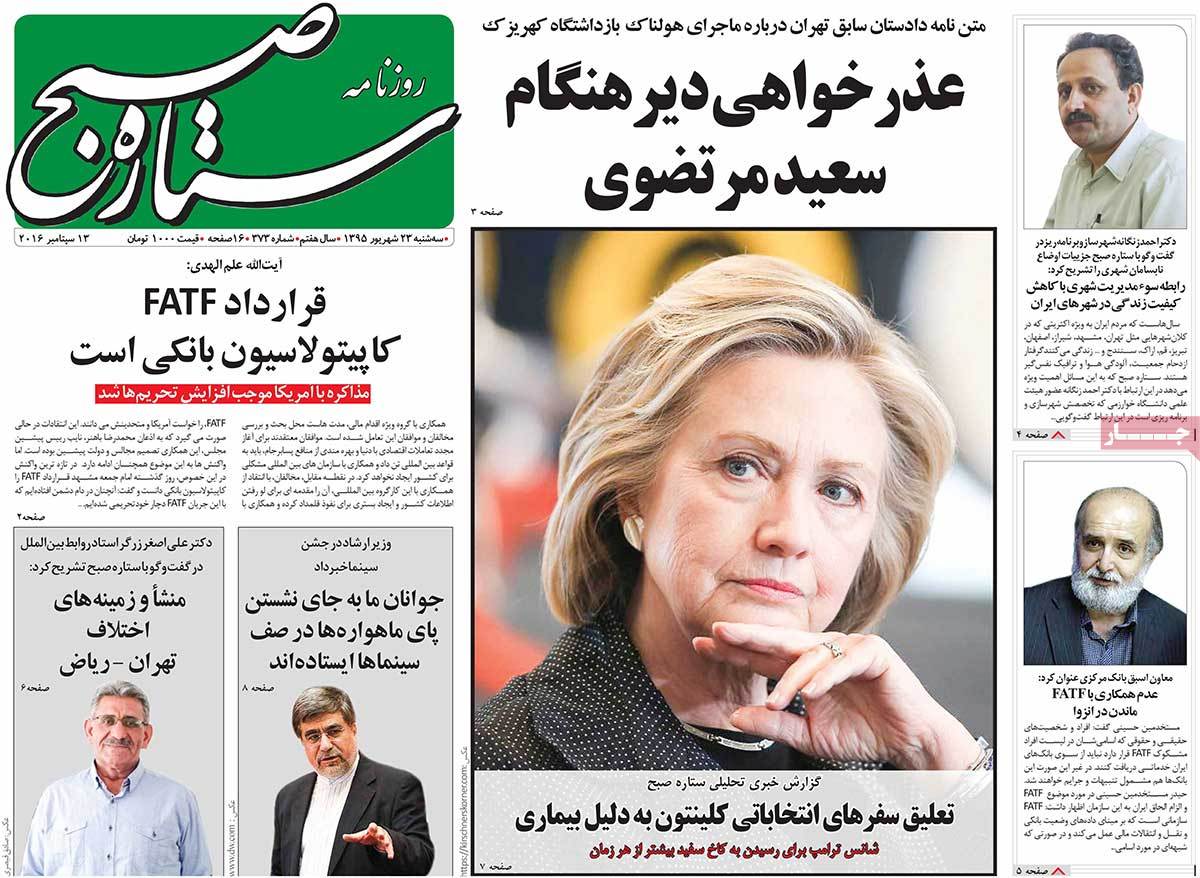 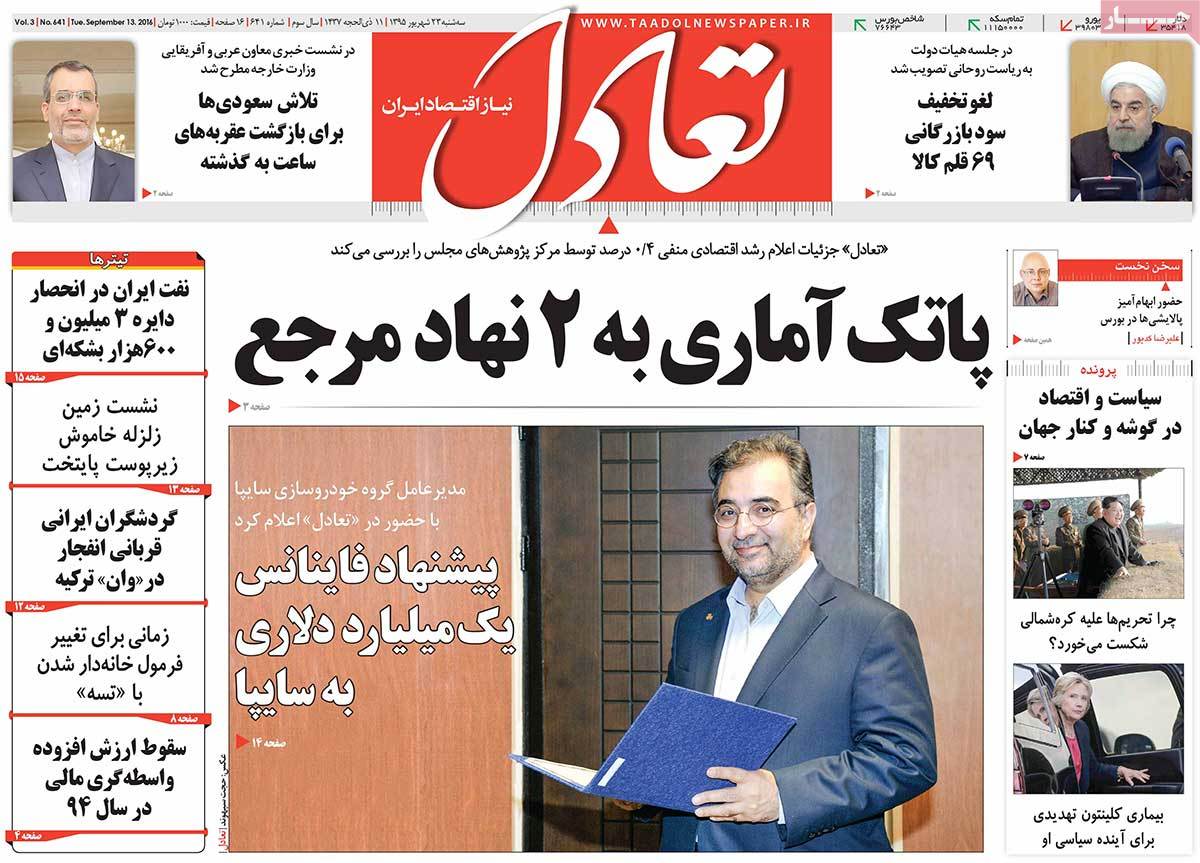