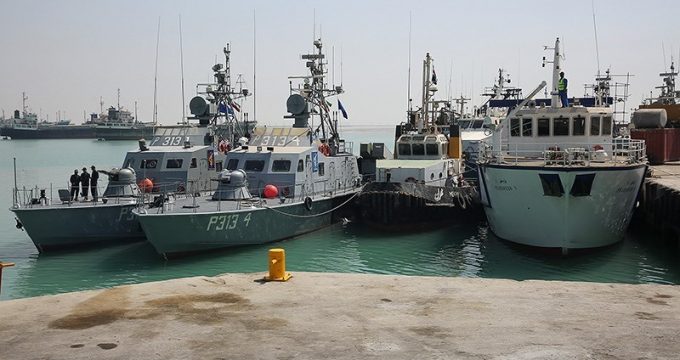 The Islamic Revolution Guards Corps (IRGC) Navy on Tuesday brought into service a new high-speed military vessel with an immense operational range and the capability to carry helicopters.

The Syrian army says it has shot down an Israeli warplane and a drone inside Syria following an Israeli attack on Syrian army positions in the south, state media report.

Iran rejects claims over substitution of Karbala for Mecca

Iranian Embassy in Kuwait has refused the unfounded reports made and spread by certain Arab media that the Iranian pilgrims are to substitute the pilgrimage to the holy city of Karbala for the Hajj rituals.

Director of the Sacred Defense Publishers’ Association announced that a total of 25 book titles on sacred defense will be displayed in five different languages at the 68th Frankfurt Book Fair.

Senior Iranian official in Rome to talk about human rights

Moscow and Tehran have no differences over the Syria ceasefire agreement brokered by Russia and the United States, RIA news agency quoted Russia’s Foreign Ministry as saying on Tuesday.

Defense Minister Hossein Dehghan said there is a concern that supporters of terrorist groups make use of ceasefire as an opportunity to equip and reorganize the terrorist groups.

Leader of the Islamic Revolution Ayatollah Seyed Ali Khamenei called on Iranians from every walk of life to participate actively in an upcoming national census, referring to authentic statistics as the basis of any efficient decision-making for the country.