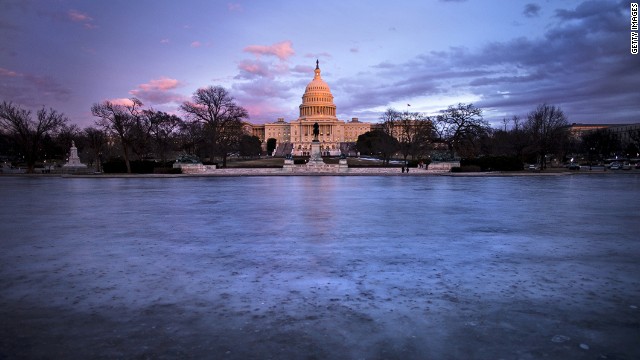 Press TV has conducted an interview with James Jatras, a former US Senate foreign policy analyst, about the US Congress passing a bill that would allow families of those killed in the September 11, 2001, terror attacks to sue the government of Saudi Arabia, although the White House has threatened to veto the measure.

Here is a rough transcription of the interview:

Press TV: The White House wants to veto the bill allegedly to prevent the law from being used against US interests itself, while a lot of critics feel the real reason is to protect its interests with Riyadh. Your thoughts.

Jatras: Obviously it is to protect Riyadh just as the Bush administration protected Riyadh in the immediate aftermath of 9/11. That is the real motivation. This notion that if we do this, if we allow these lawsuits against Saudi Arabia then that would open the door for lawsuits against the United States, let’s remember we selectively allow lawsuits against several other countries including Iran, including Cuba, it really is a measure of what kind of relationship the United States has politically with that country, whether we allow such lawsuits to go forward.

The reason they do not go forward against Saudi Arabia and what for 15 years, they have been protected from the consequences of their actions is because of all the influence they peddle in Washington and it is very refreshing to see that both houses of Congress by voice vote passed this bill and sent it unanimously to the President’s desk.

Press TV: When it went through unanimously, we can almost conclude two things here, that lawmakers want justice obviously for the 9/11 victims and that perhaps that unconditional support that we have seen Riyadh receiving from Washington may be waning to some extent. Your take on that.

Jatras: We will see. As I say it was unanimous but as I understand it was in the form of a voice vote which means nobody objected. It was not in the form of a roll call vote where each member had to be responsible for his or her vote.

If there is a veto override, and I expect we will get to that unless there is some negotiation in the meantime between Obama and the Congress, if there is a veto override vote, and they have to vote individually and held accountable for their votes, I think it could be a lot sharper and a lot closer, I would not take it as a self-evident fact that Obama’s veto would be overridden just because it is “unanimous” now. The lobbyists will be at work from the administration, from the various industries, the profit from their business with Saudi Arabia, there will be a lot of pressure put on these members not to let this veto be overridden.

Press TV: We have seen to some extent lately some lawmakers are showing a little bit more hostility towards Riyadh. Is that enough to affect Washington-Riyadh’s ties or do you feel that there is still a far way to go and we have seen a lot have voiced objection to what is going on in Yemen, a lot of the support that Riyadh has had for questionable groups throughout the Middle East, questionable motives and objectives that Riyadh has as far as its foreign policy in the Middle East and the rest of the world, we have heard an increasing amount of voices of dissent but is it enough to change or influence Washington-Riyadh ties?

Jatras: That is what we will see. As you have pointed out, there has been some shift in that direction, there is still a long way to go and this upcoming override vote which is likely to take place could very much be a watershed, it will really tell us which way the trend is going.

As the vote goes forward we may be entering a new era where the Saudis are not as powerful as they used to be in Washington and they do not get this special kid-glove treatment. If the vote fails then it could be a real setback and keep us where we have been for the last 15 years.