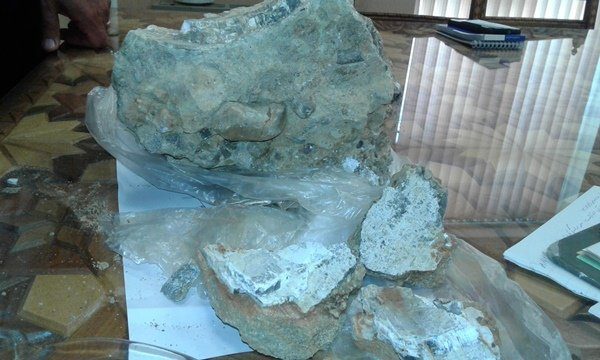 The remains of an elephant which date back to two million years ago were found in a county named Bileh Savar located in Iran’s north-western province of Ardabil.

According to a report by Mehr, as translated by IFP, Aram Halim, the governor of Bileh Savar, said the remnants of an ancient elephant’s ivory and its upper and lower jaws were discovered last year in Fulad Luqui village.

“The remaining parts of the jaws together with the elephant’s teeth were also found in Bileh Savar’s Mirnezam village.”

“Over time, the ancient elephant’s teeth has transmuted to agate,” he said, adding that the estimates by the experts of Cultural Heritage, Handcrafts and Tourism Organization indicate that the fossils date back to two million years ago.

He further added that the experts happened to discover the remains of the elephant’s ivory in another village named Aghjeran which is located next to the village of Mirnezam.

Despite all the efforts made by experts to take the fossils to Tehran, the fossils were kept in the county for further study.

“Archaeological experts are still in the site striving to discover more relics and historical remains,” He stressed.