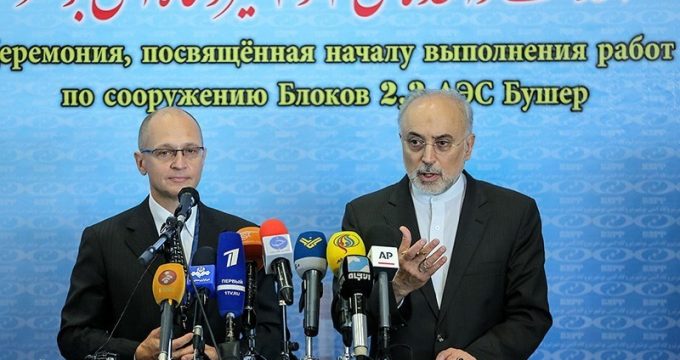 Speaking in a press conference with Head of Atomic Energy Organization of Iran (AEOI) Ali-Akbar Salehi in the official ceremony of building two new units in Bushehr Nuclear Power Plant, he said, “We have an agreement with Iran to build 8 power plant blocks. “We are going to start building two units on Saturday. The project is of highest safety standards after Fukushima accident.”

He said the units pass the IAEA and western safety standards.

“Sample of new units which are going to be built have already been executed. Iran’s share of participation in the project is rising because Iranian experts have already obtained good experiences in the first unit.”

“Our cooperation is not limited to building power plants, we can also work in building stable isotopes and producing fuel for research reactors.”

Next units of the power plant would be good symbols of using peaceful nuclear energy, he said.