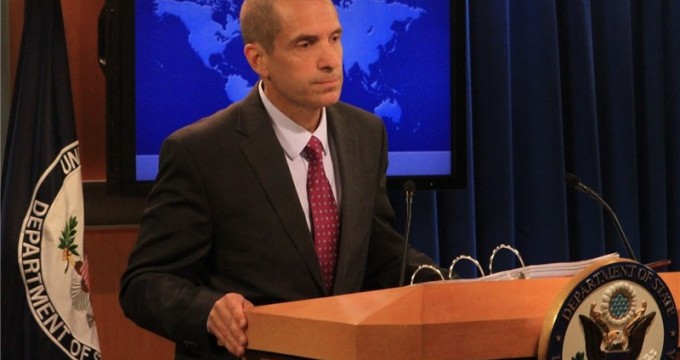 The United States has called on the Bahraini regime to release prominent rights activist, Nabeel Rajab, citing “concerns” over silencing dissidents in the Persian Gulf country.

“We call on the government of Bahrain to release him immediately,” US State Department spokesman Mark Toner said on Tuesday, adding that, “We have concerns about the state of human rights in general in Bahrain and we’re engaging with the government… on all these issues.”

The move was prompted just two days after the New York Times published a letter by Rajab, noting that the 52-year-old activist was facing new charges for organizing pro-democracy demonstrations and publishing Twitter posts deemed “insulting” to the Bahraini authorities.

The prosecutor of Bahrain’s northern region, Mohammed Salah, said Rajab had been questioned over a complaint from the cybercrime unit accusing him of “publishing a column in a foreign newspaper in which he deliberately broadcast news, statements and false rumors that undermine the kingdom’s prestige and stature.”

In the column, Rajab addressed readers in the first person, saying he was writing from a “Bahraini jail cell where I have been detained, largely in isolation, since the beginning of summer.”

He said Bahrain has some 4,000 political prisoners and the highest prison population per capita in the Middle East.

“This is a country that has subjected its people to imprisonment, torture and even death for daring to desire democracy,” Rajab wrote.

According to US-based rights body Human Rights Watch, he already faces up to 12 years in prison over tweets critical of the war on Yemen by Saudi Arabia, a staunch ally of Manama.

Manama itself has been harshly cracking down on anti-regime protests since February 14, 2011.

Troops from Saudi Arabia and the United Arab Emirates — themselves repressive Arab regimes — were deployed to the country in March that year to assist the regime in its crackdown on peaceful and pro-democracy rallies.

Scores of people have been killed and hundreds of others injured or arrested since then.