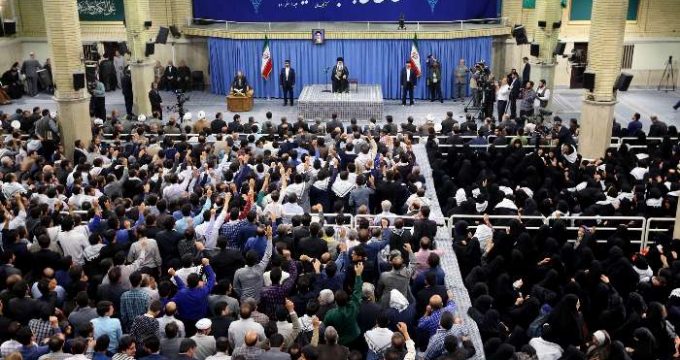 The meeting on Wednesday is to commemorate the anniversary of the catastrophic stampede in Mina last year during which 500 Iranian Hajj pilgrims lost their lives due to negligence of the Saudi government in the course of Hajj pilgrimage last year.

Families of the victims of the Mina tragedy have taken legal action with Iranian courts of Justice against the Saudi government to seek compensation in line with Universal Jurisdiction, the other substantive law governing relationships of member states of the United Nations.

They demanded the Iranian justice system to take their complaints to the International Arbitration Court in The Hague to oblige the Saudi government to pay compensation to the families.

After elapse of one year, they took their complaints with the Supreme Leader to speed up the legal proceedings against the Saudi government.

Foreign Ministry said that it has conveyed the complaints of Iranian families seeking compensation from Saudi government to the kingdom waiting for arrangements to be made by the Saudis to pay blood-money for families of the victims.