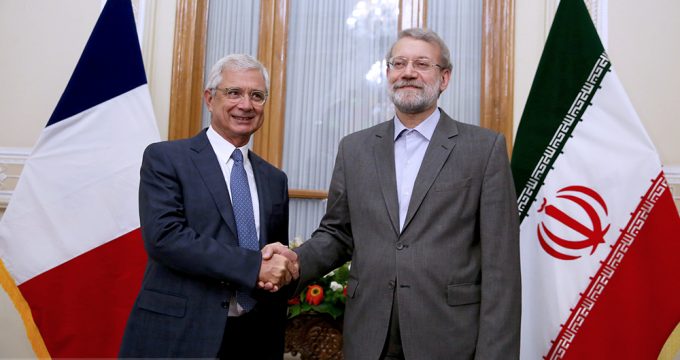 The two discussed the expansion of parliamentary relations between Tehran and Paris as well as regional and international developments.

Speaking at a joint press briefing after the meeting, Larijani described Iran-France relations as “good and age-old,” saying that the two countries share common views concerning the fight against terrorism and the resolution of current crises in Iraq, Syria, Lebanon and other countries, PressTV reported.

Bartolone arrived in Tehran late on Monday at the invitation of Larijani.