A Look at Iranian Newspaper Front Pages on September 7

The remarks made by the Leader of the Islamic Revolution Ayatollah Seyyed Ali Khamenei about the responsibilities of clerics and seminarians as well as the necessity for getting familiar with the cyberspace received great coverage by newspapers on Wednesday.

The anniversary of Mina stampede, 2015, was also a top story in many papers today.

1- Staff at Iranian Embassy in Kabul Are Safe

3- Moscow: More than Half of the Promised S-300 Equipment Delivered to Iran 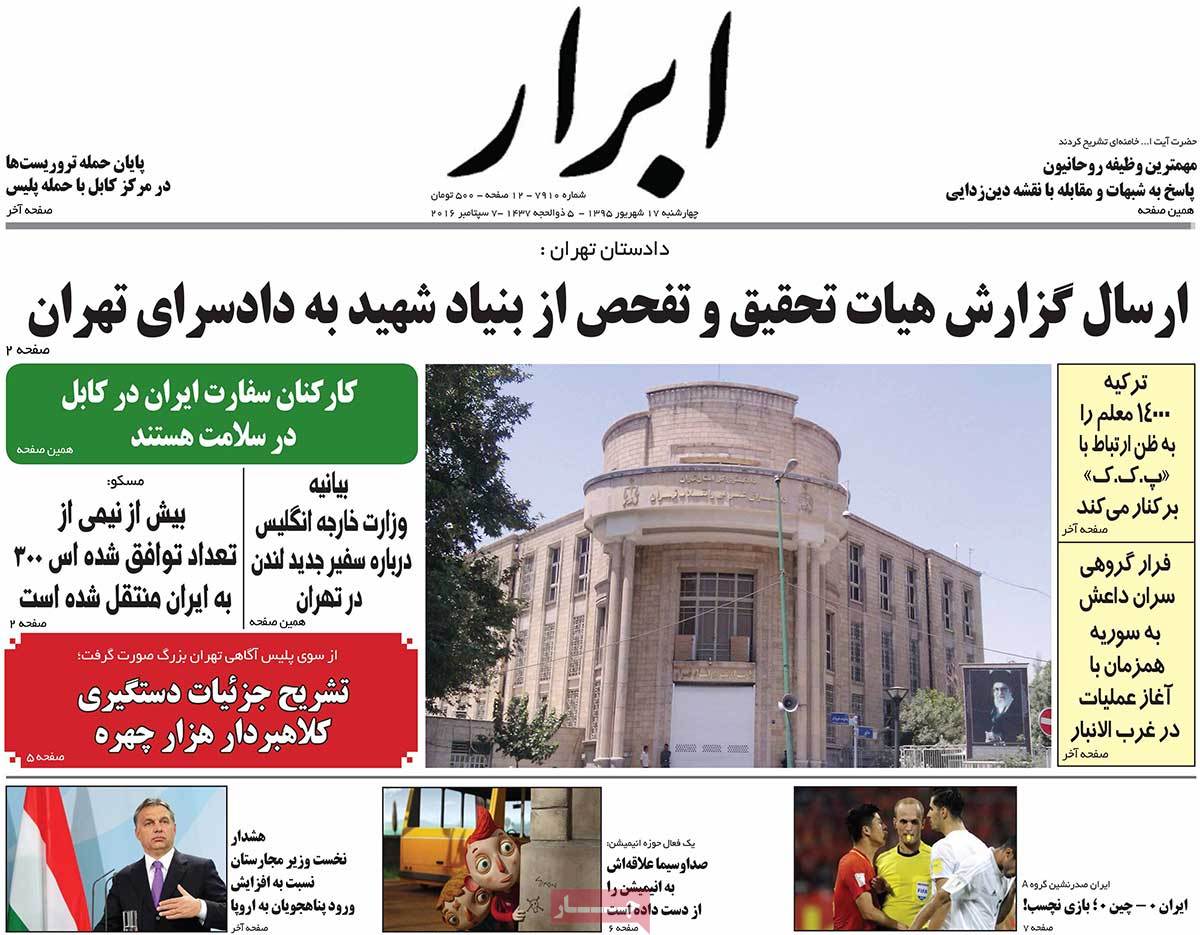 1- Iran Sends 500 Barrels of Oil to Europe per Day 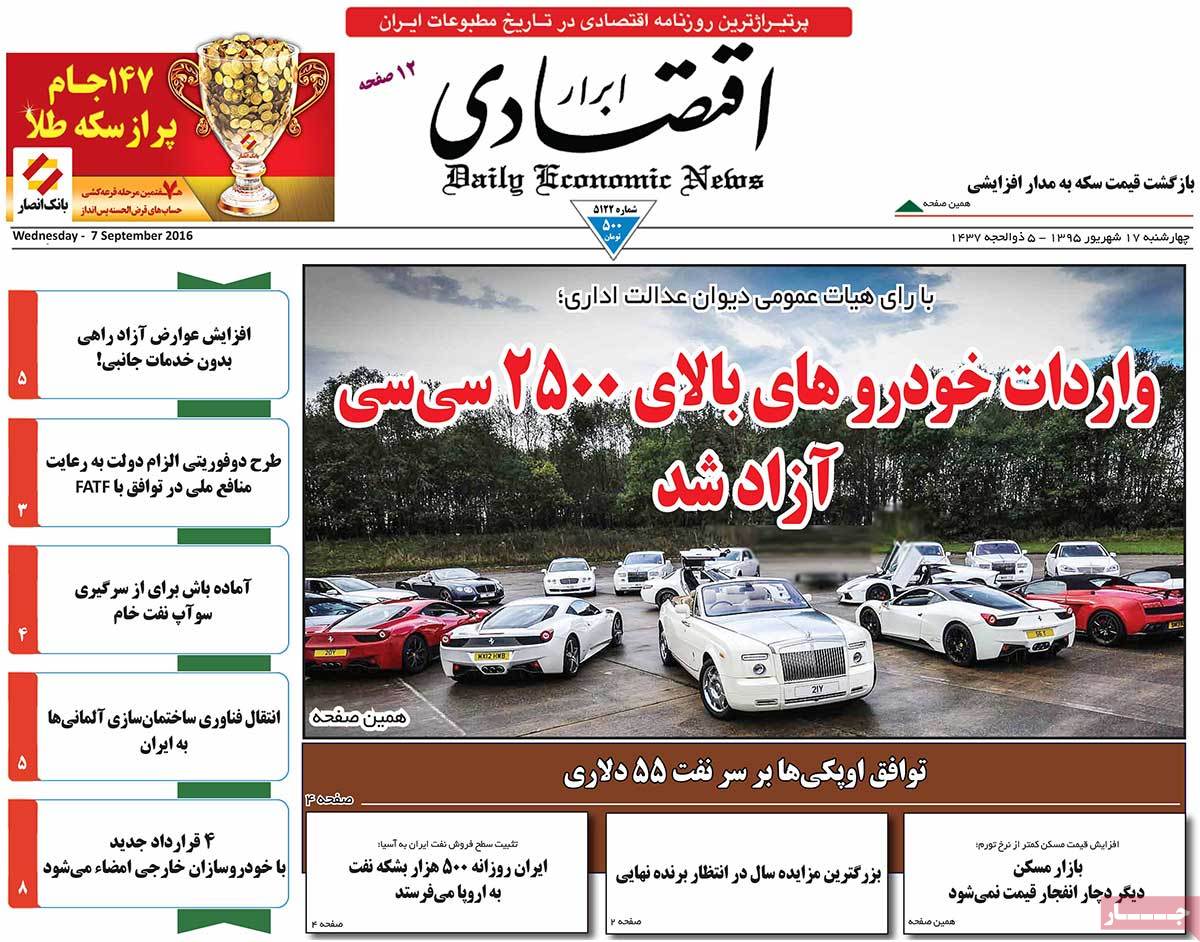 1- Leader: Most Important Duty of Clerics Is to Clarify Religious Doubts and Counter Plots for Secularization

3- Warning against Use of Alcohol in Iran

5- Has Iran Lost Russia’s Market after Thaw in Moscow-Ankara Ties? 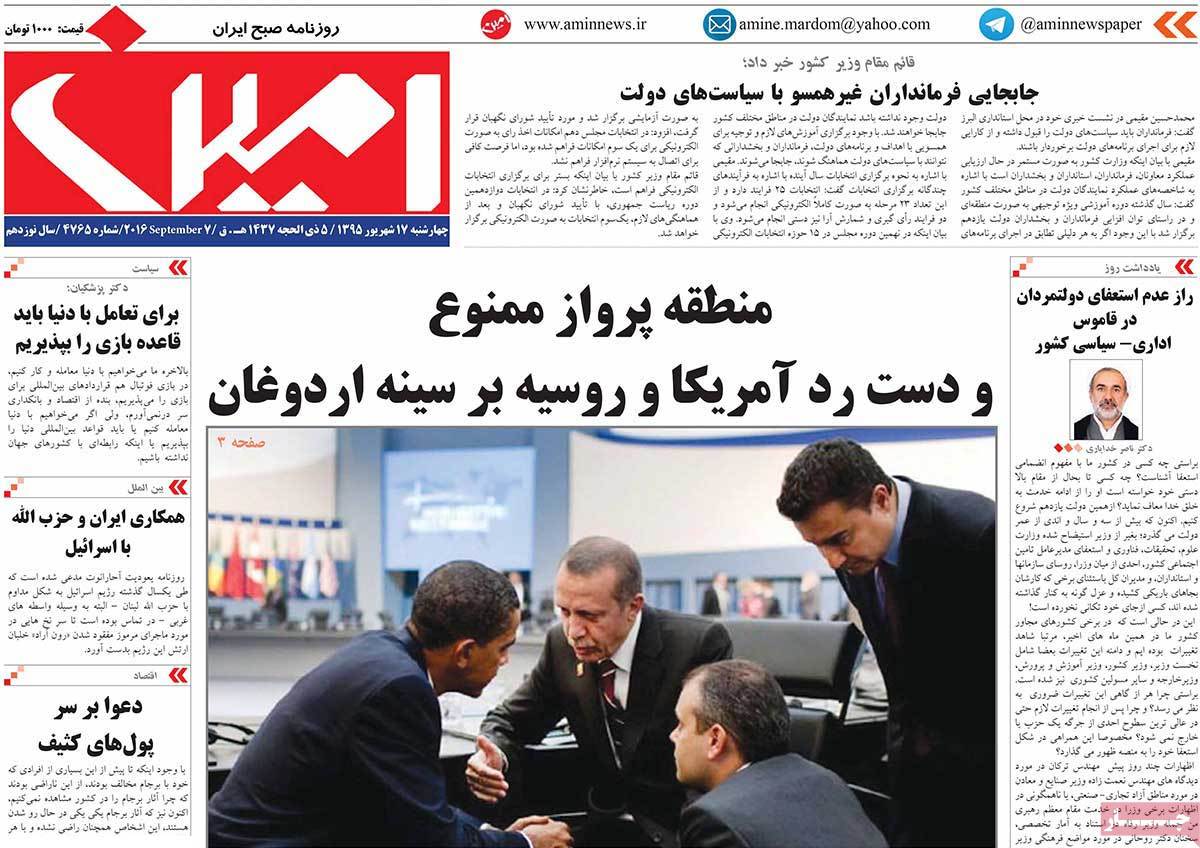 1- Leader: Seminary Should Use Opportunities of Cyberspace 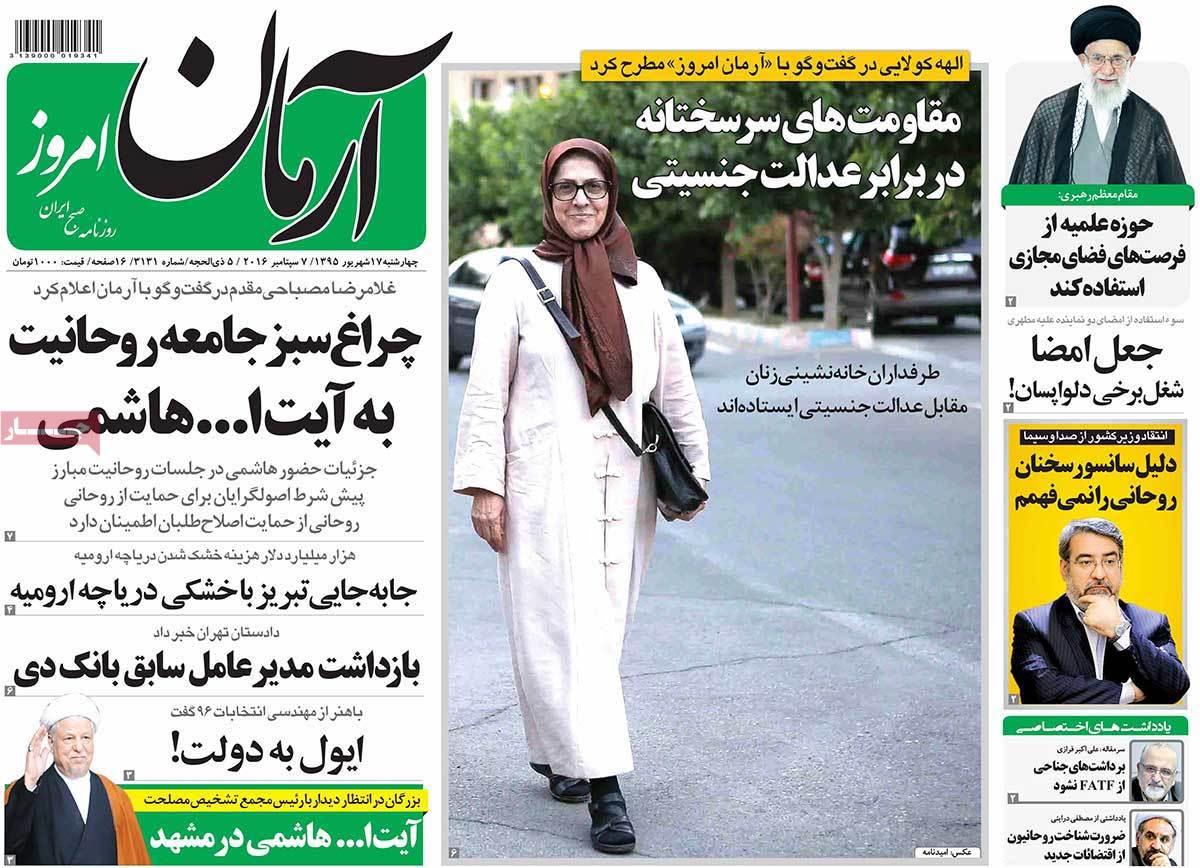 1- Larijani in Meeting with French Counterpart: France Should Not Be a Base for Terrorists

2- Reformist Figure: Conservatives Have Deep Conflicts inside Themselves 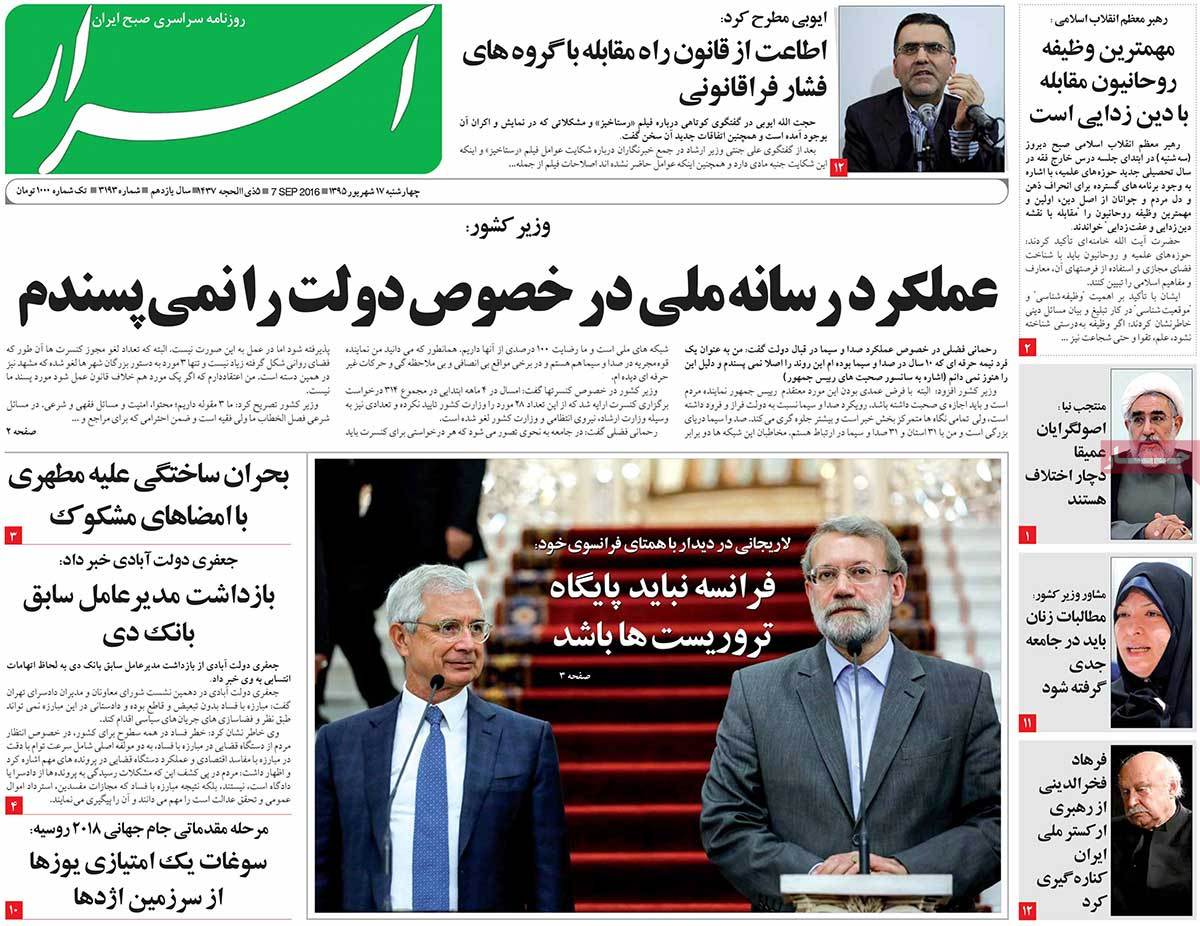 1- French Senate President in Meeting with Rouhani: Iran Is Key to Stability 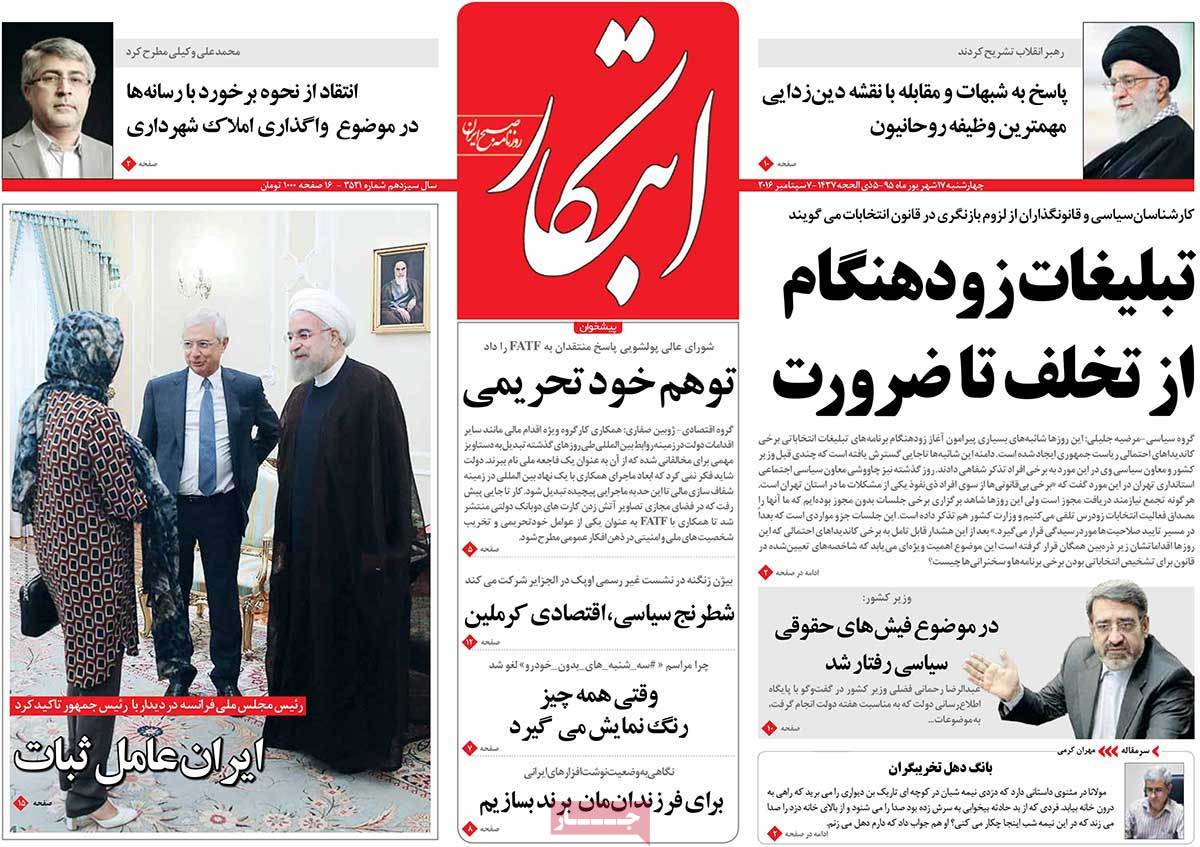 2- Iran Should Expect a Wave of MS Disease 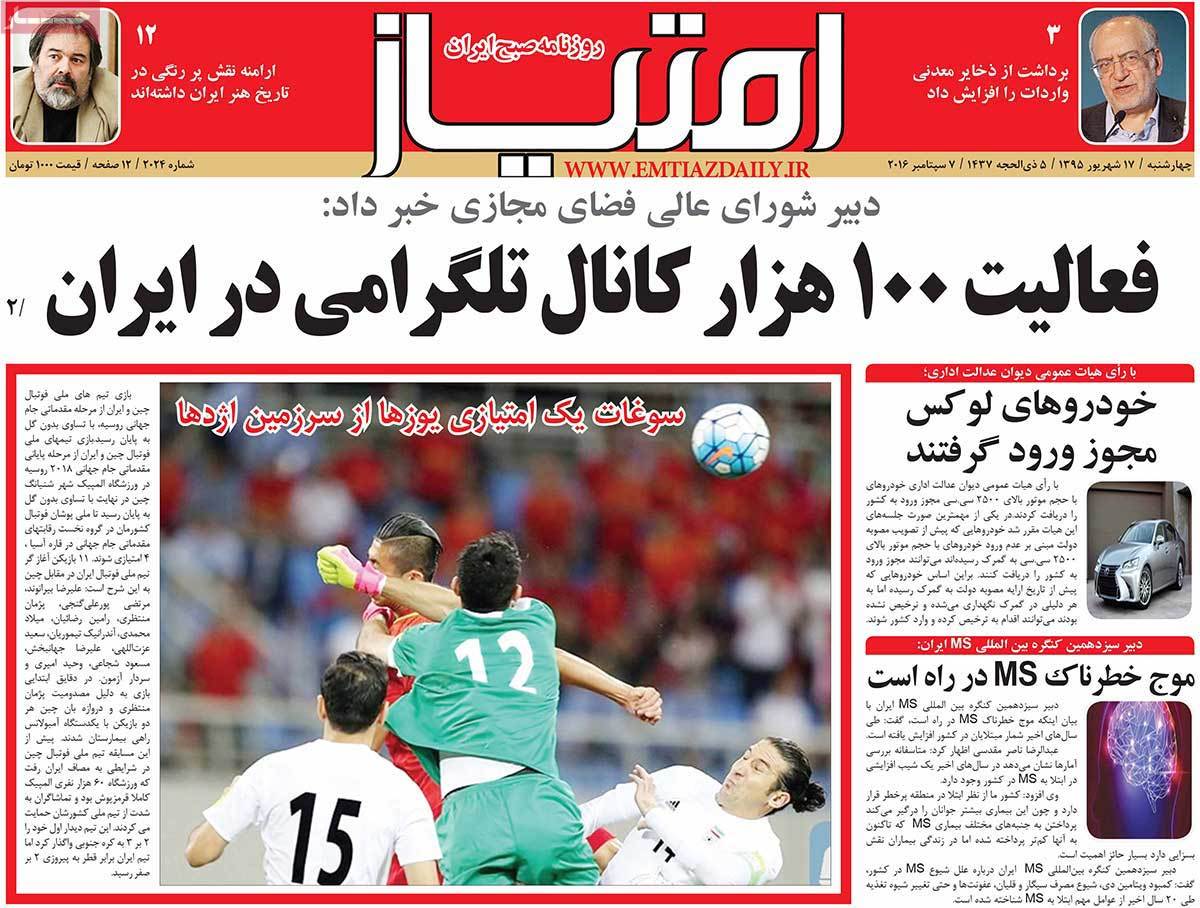 2- Tehran Votes for $55 Oil: OPEC Secretary General’s Visit to Iran Was Not Futile

3- Queiroz: We’re Returning to Iran with a Strange Feeling 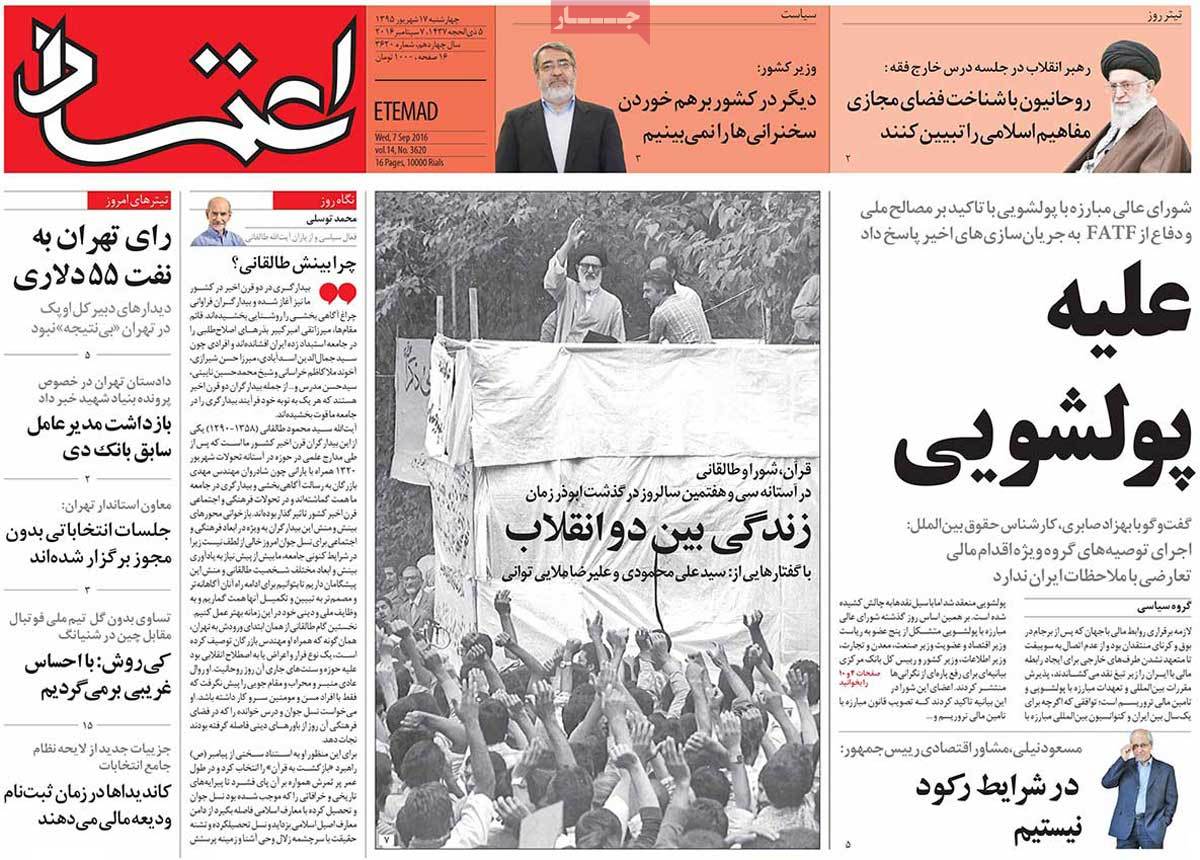 1- President: Full Implementation of JCPOA Commitments, a Yardstick for Trust 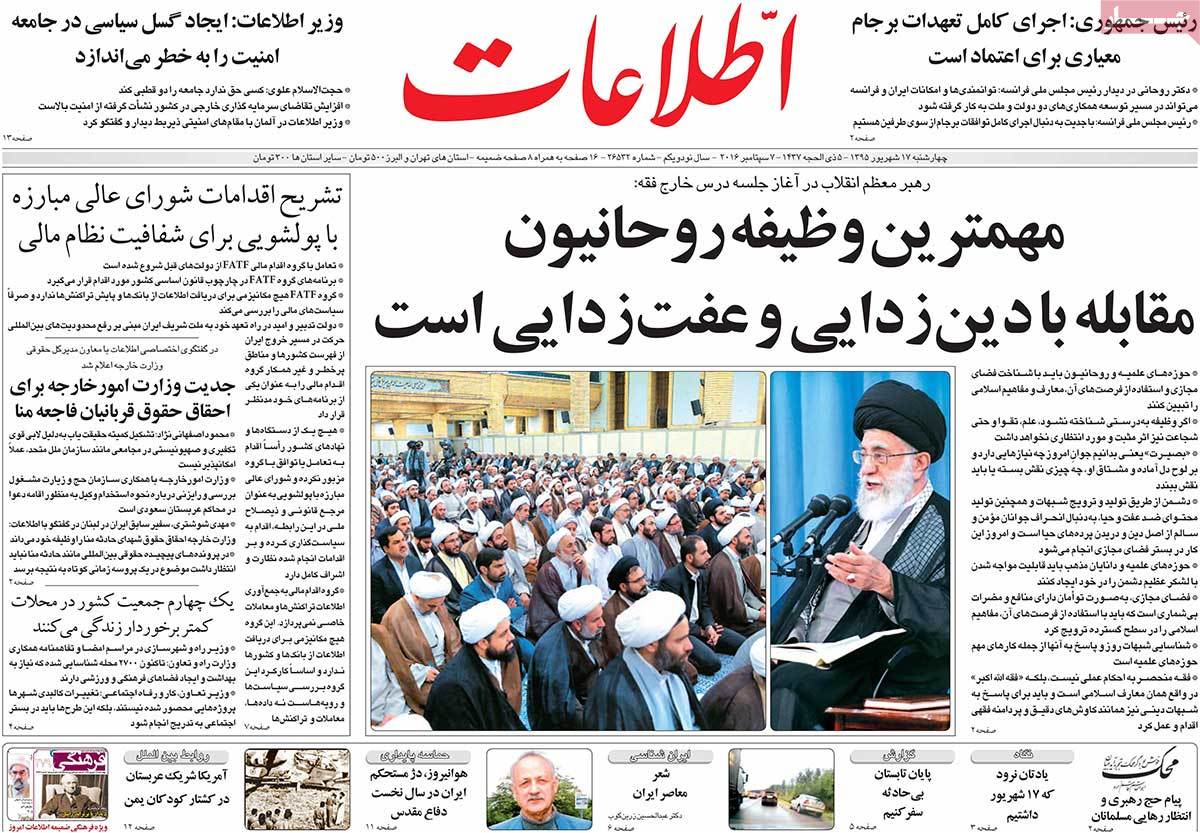 1- Rouhani in a Meeting with New OPEC Secretary General: Oil Price Should Be Fair and Stable 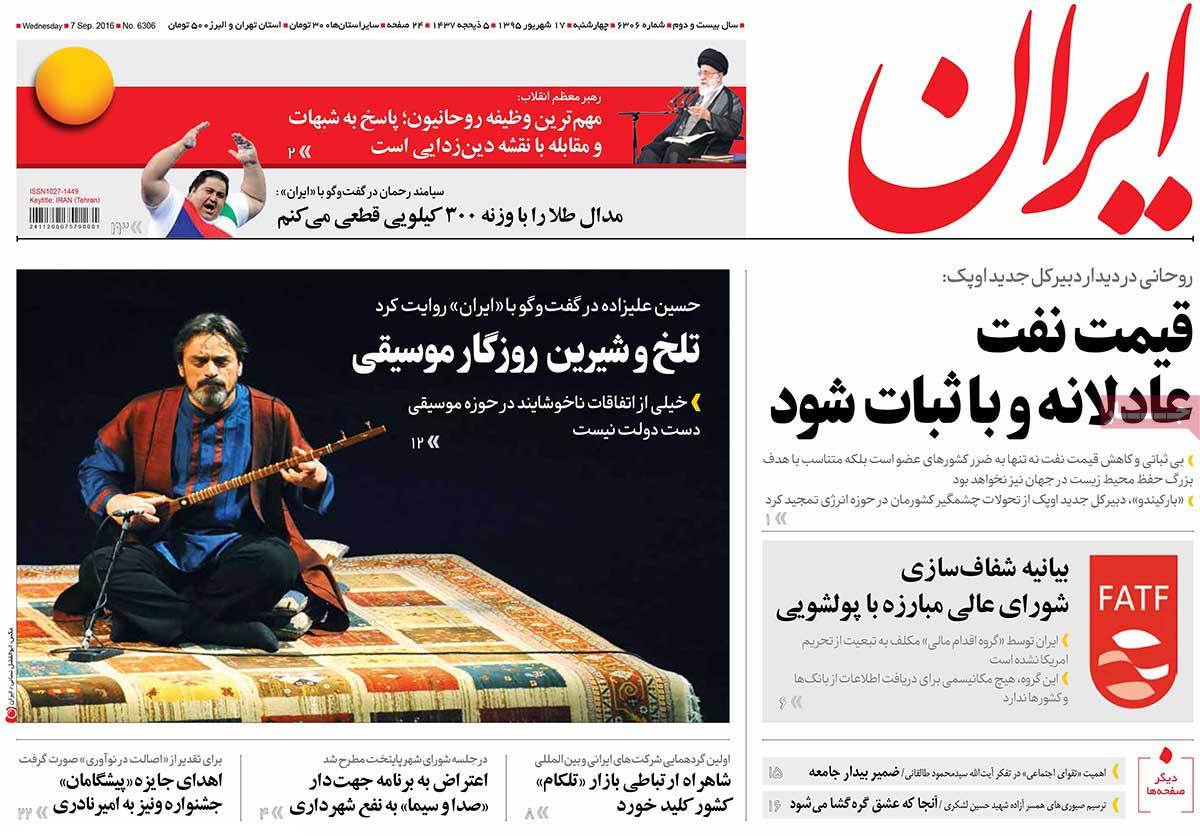 1- Killing Muslims under Shadow of ‘Buddhacracy’ 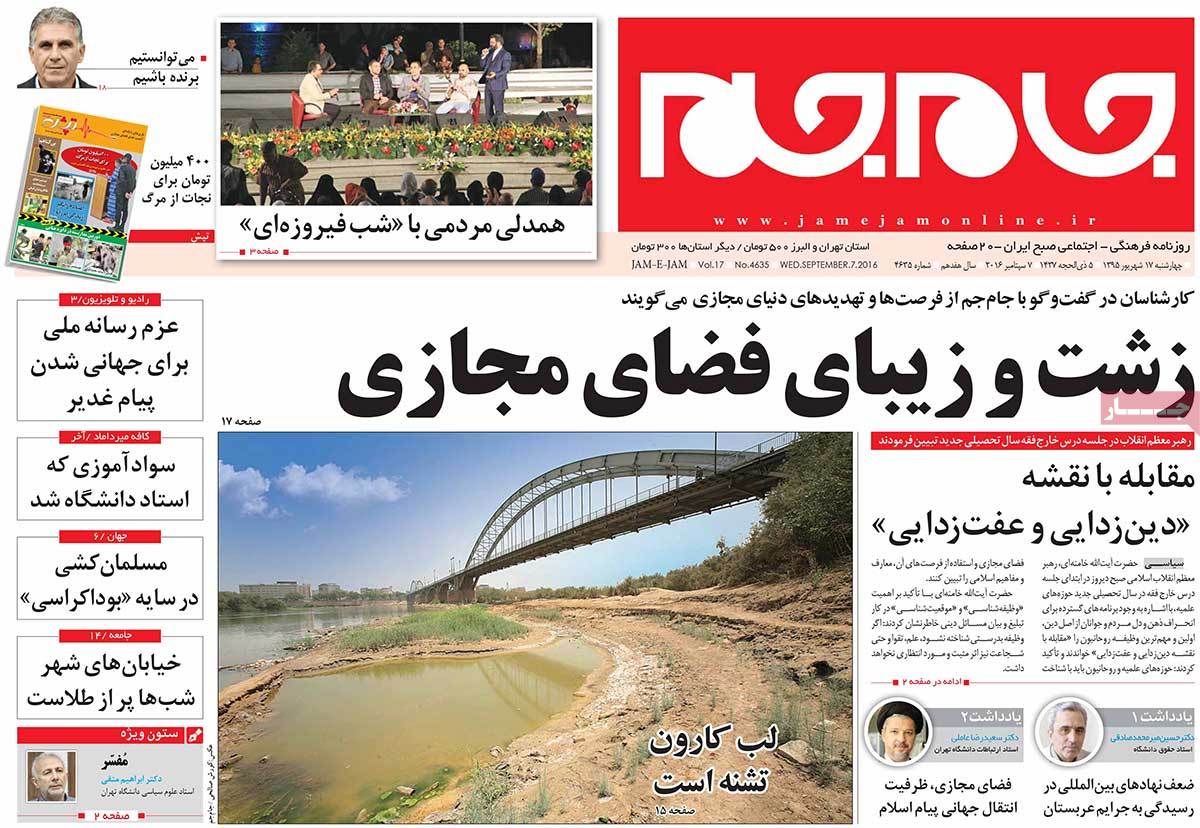 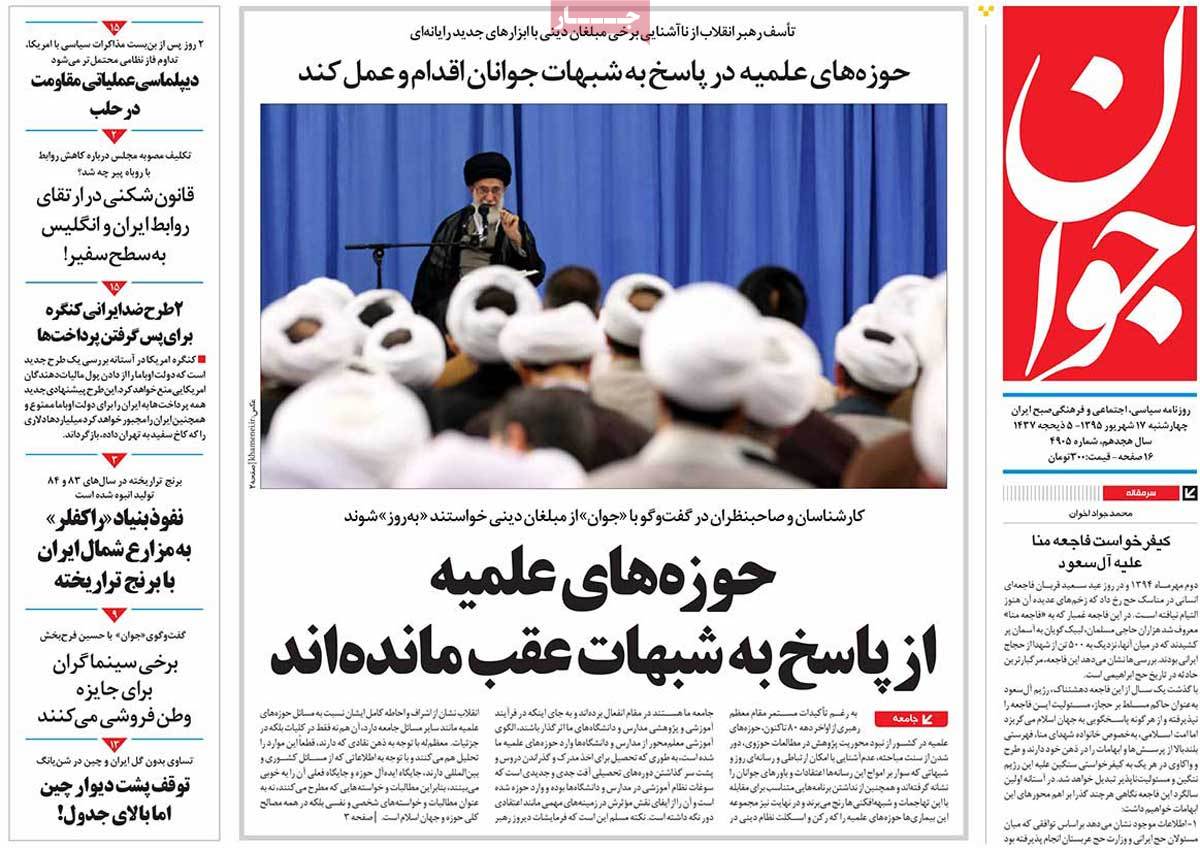 2- Rouhani: Rapid and Accurate Implementation of Deals Will Make a Tangible Change in Tehran-Paris Ties

3- Zanganeh: Iran Would Support Any Decision to Return Stability to Oil Market 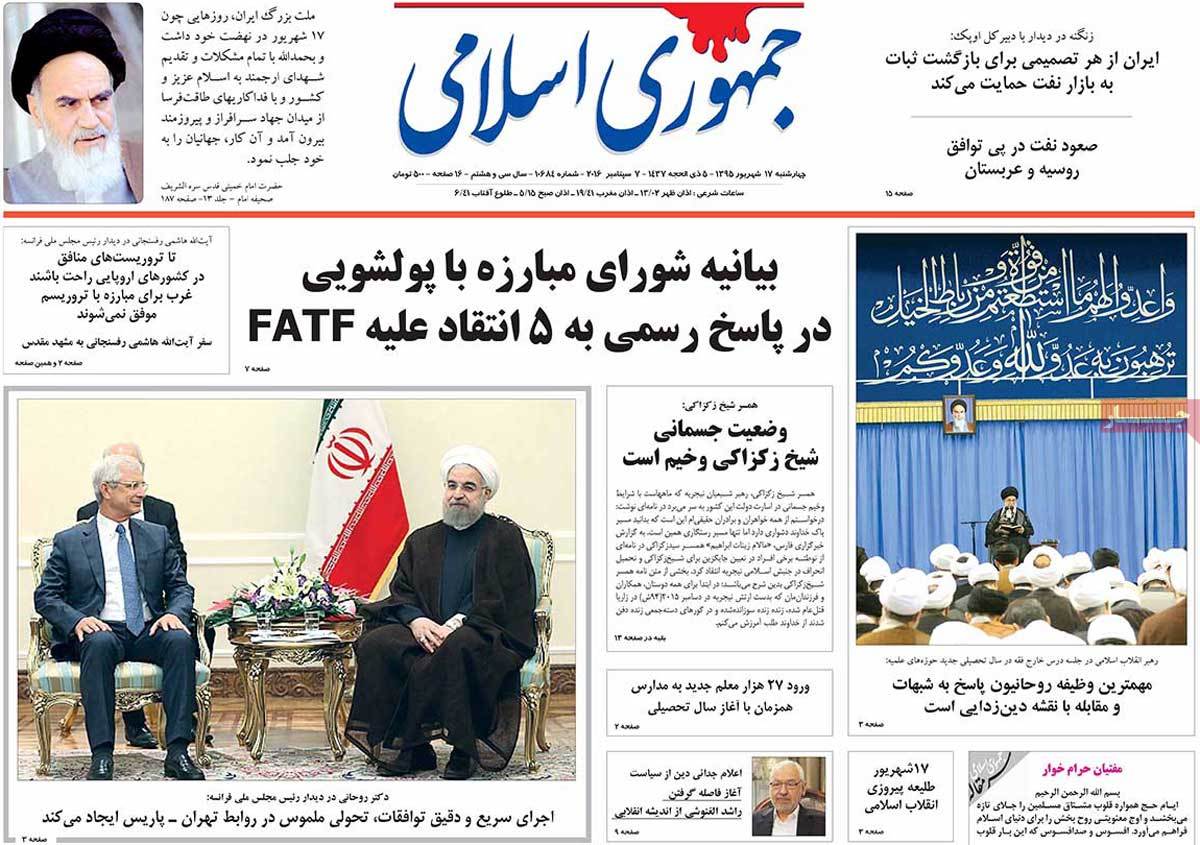 1- Evil Shadow of FATF Can’t Be Removed with Statements 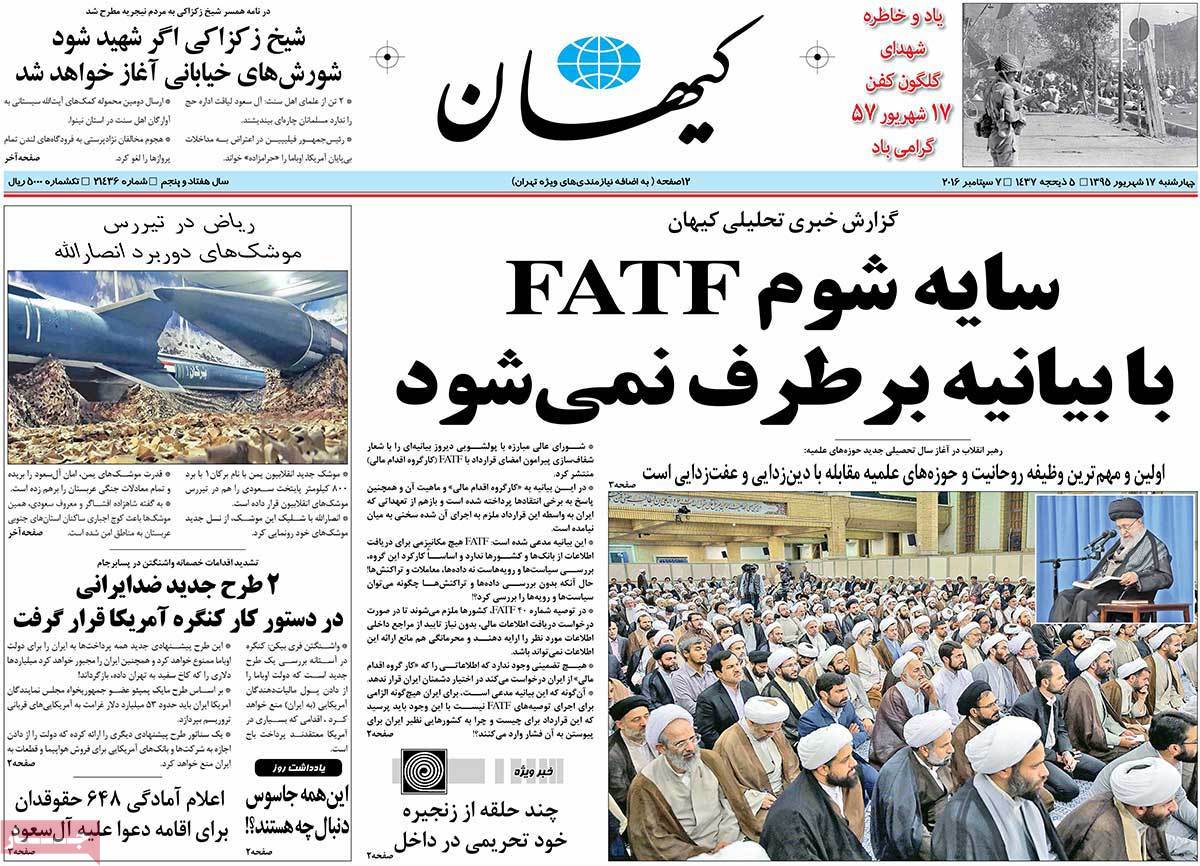 3- French Senate President: West’s JCPOA Commitment Should Be Implemented without Waste of Time 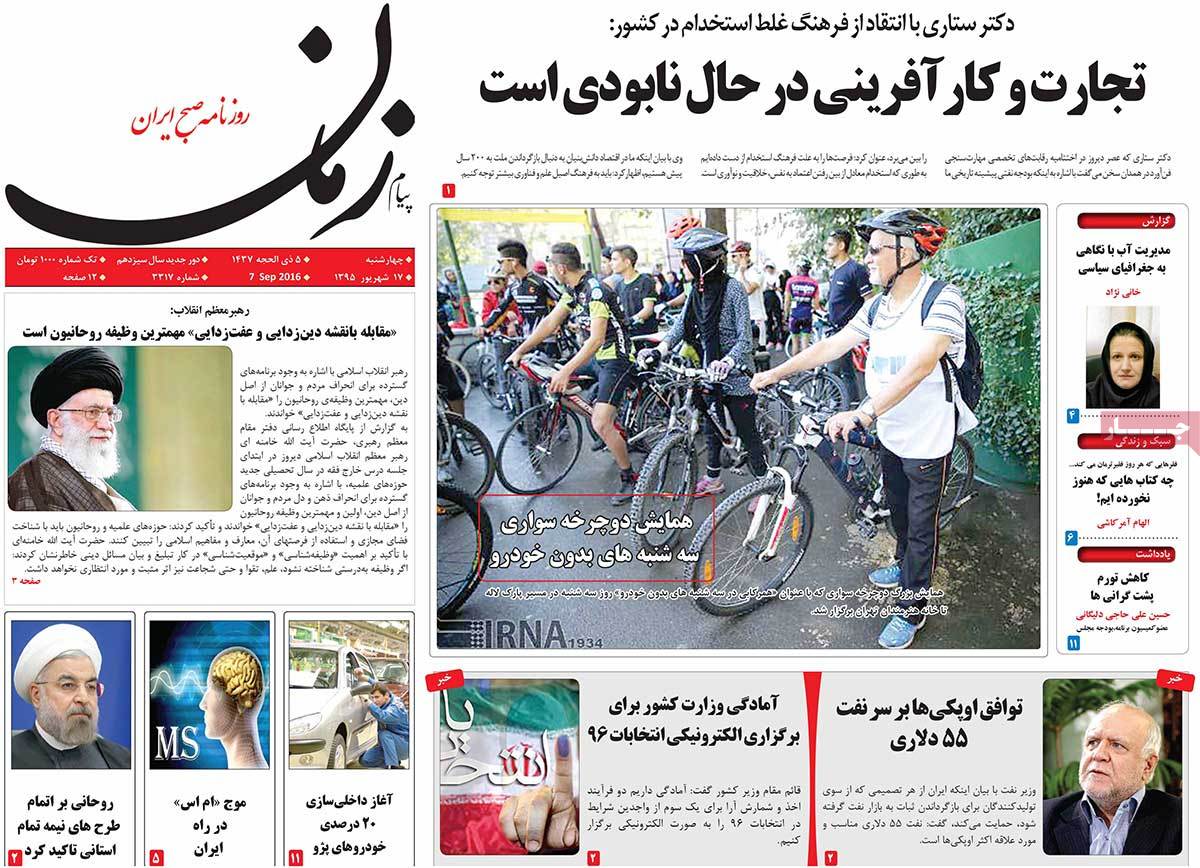 1- 11m Iranians in the Queue for Marriage 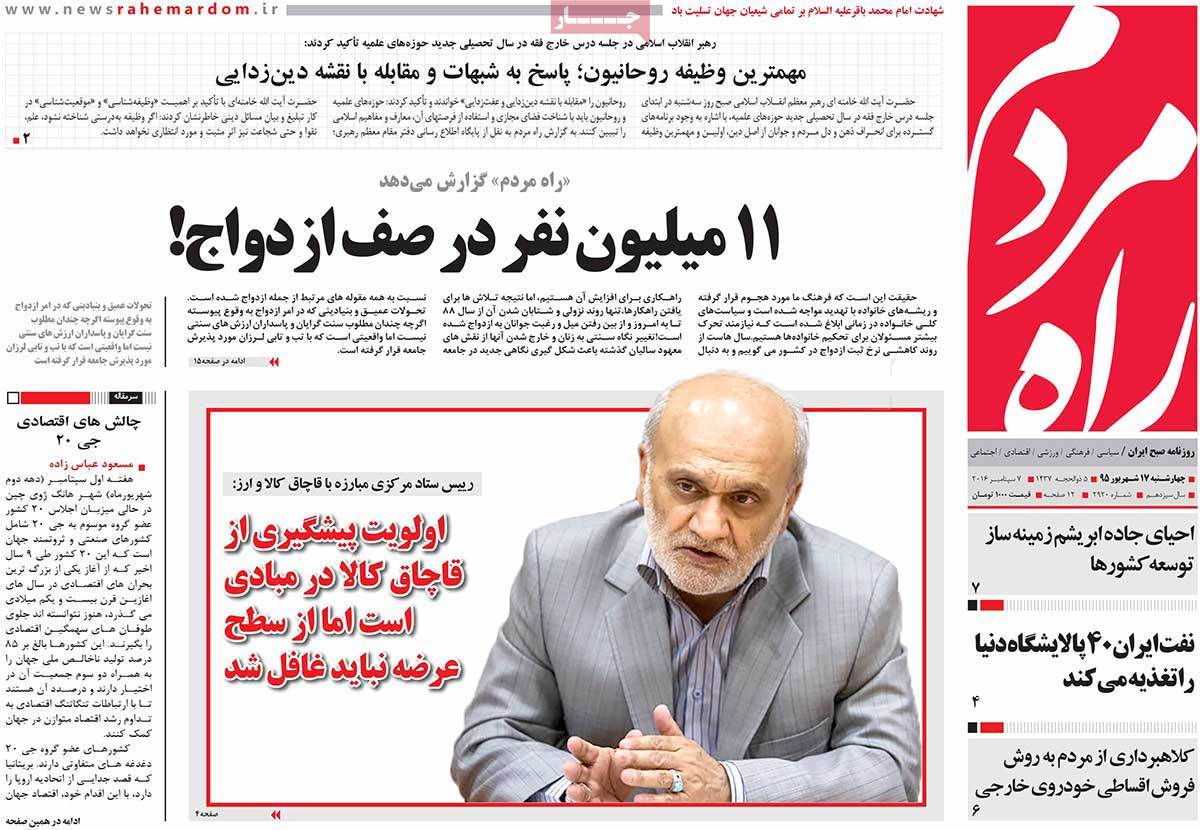 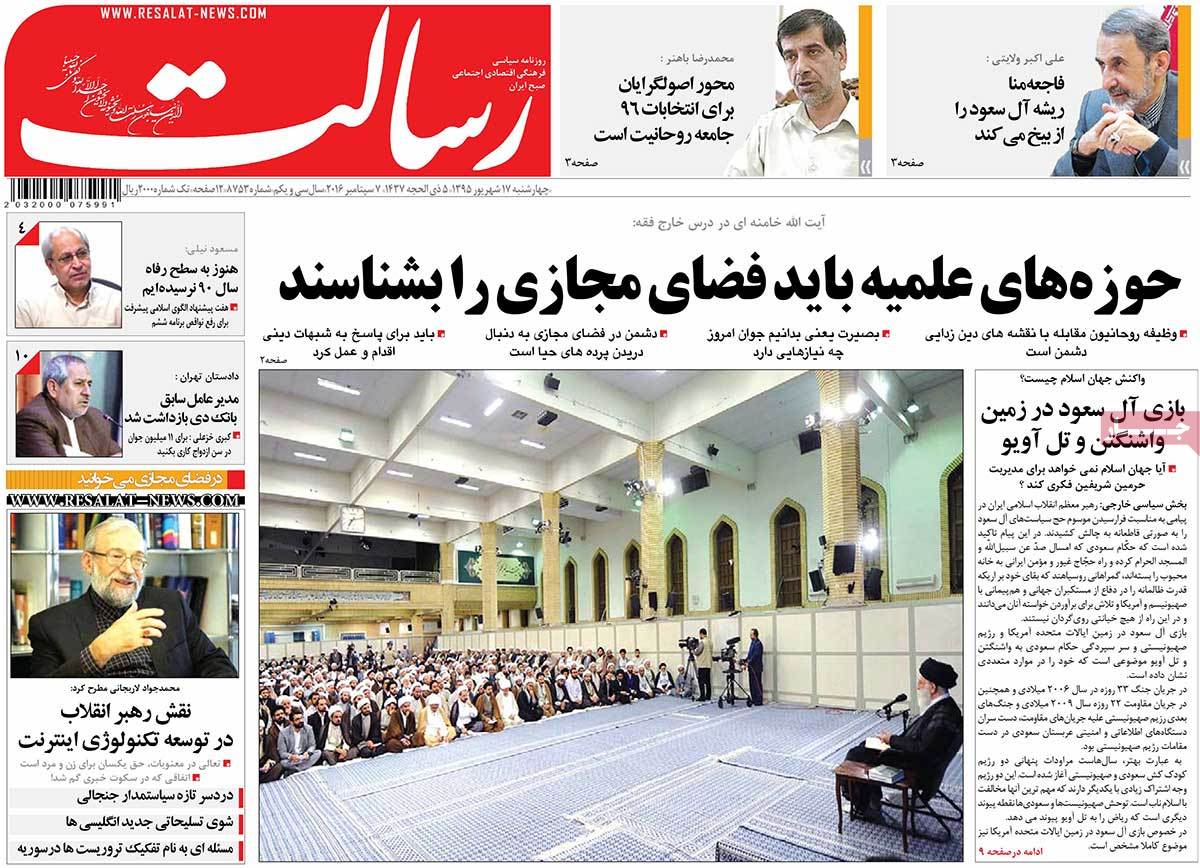 1- Rouhani: Iran Has Shown Its Will to Have Constructive Interaction with the World 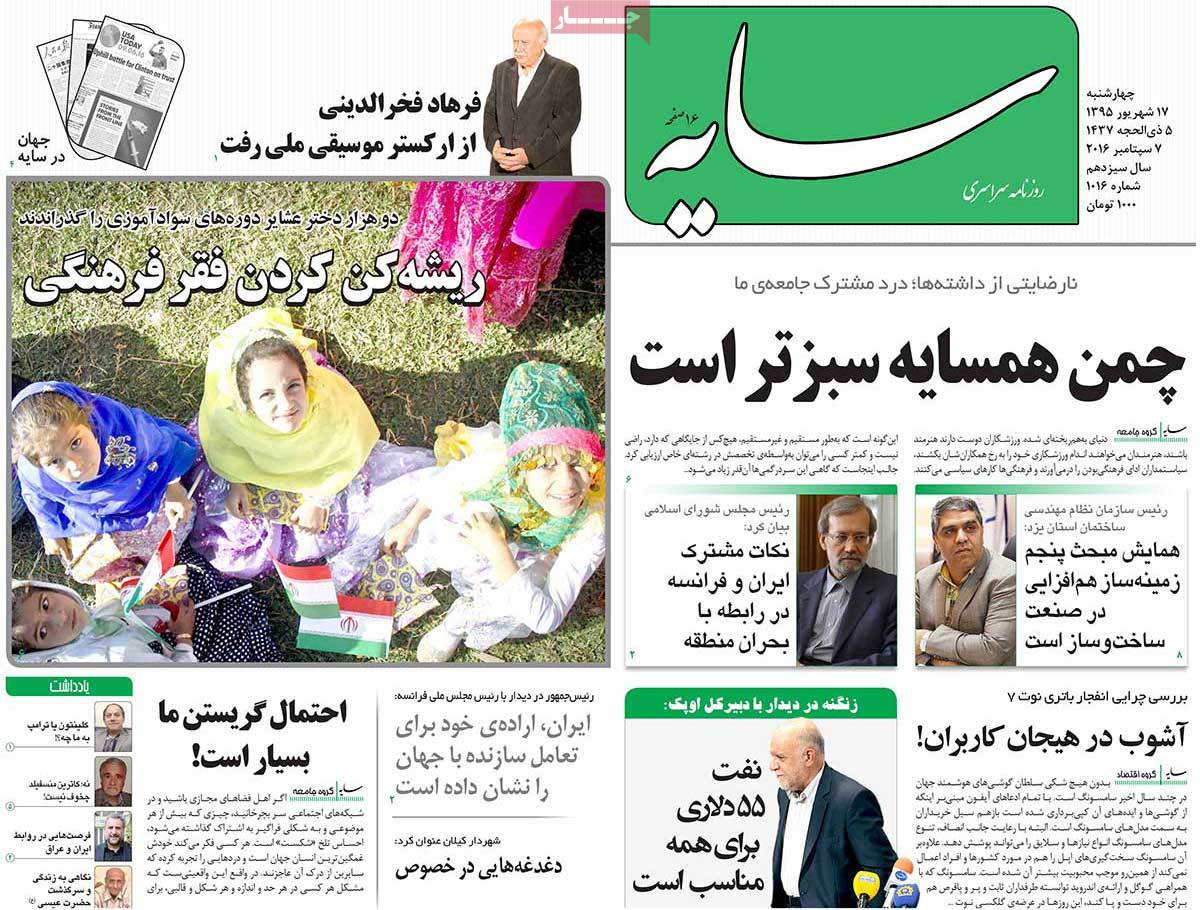 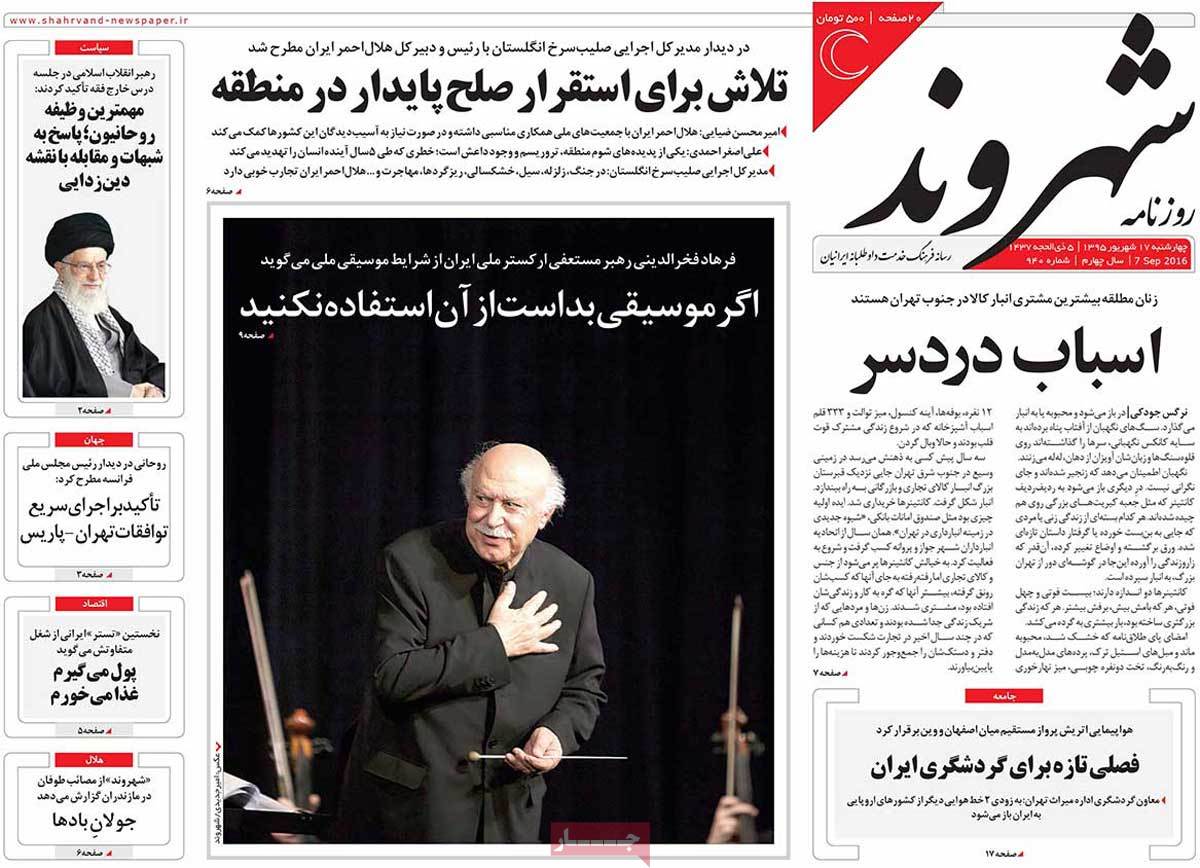 1- Zionists Are against Iran’s Interaction with FATF

2- Parliament’s Vice-Speaker: Traitors Are Those Who Are Afraid of Transparency 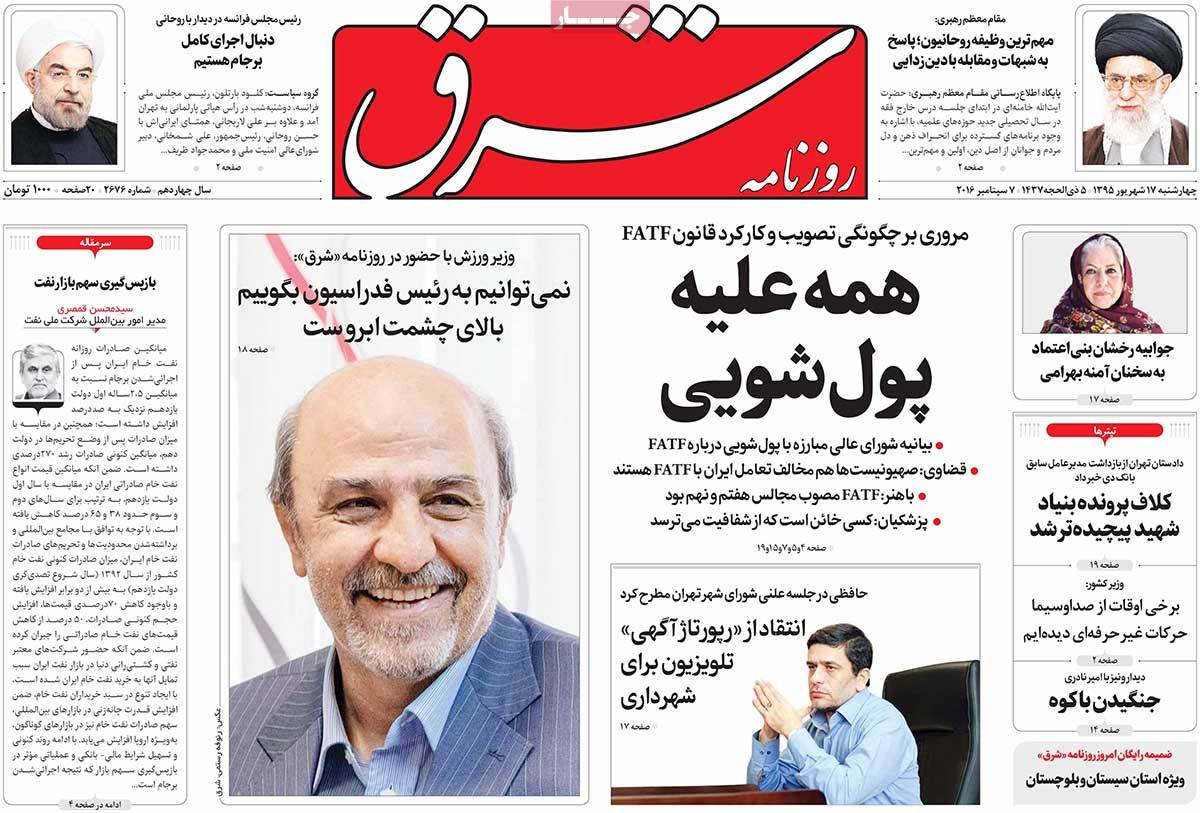 2- Wife of a Mina Tragedy Victim: We’ve Not Received Any Support from Gov’t 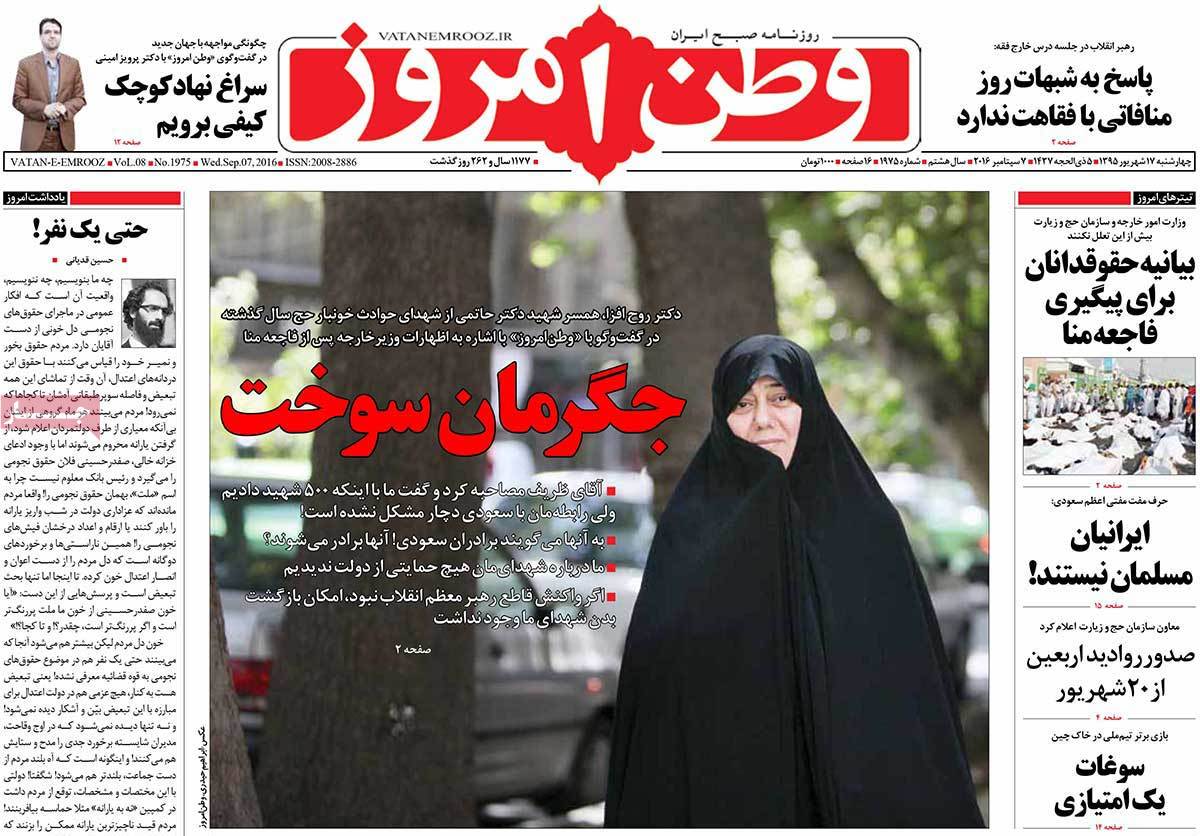