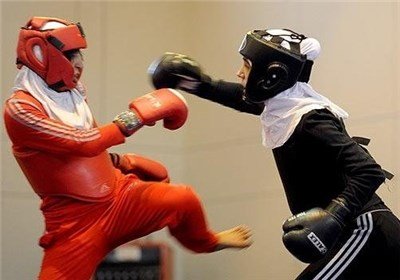 Iranian wushu practitioners have clinched fifteen medals to finish as the runner-ups at the 9th edition of Asian Wushu Championships in Taiwan.

On Monday, Iranian sportswoman, Shahrbanoo Mansouriyan, exhibited impressive performance in the last contest of women’s minus 65-kilogram category of the Sanda (sparring) discipline at the indoor Taoyuan Arena in the northwestern Taiwanese city of Taoyuan, and defeated a representative from Vietnam to collect the gold medal.

Erfan Ahangarian overpowered his Chinese rival in the men’s minus 60-kilogram class of the Sanda section, and was awarded the gold medal.

In the men’s 70-kilogram category, Saeed Fazeli conceded a defeat from his Chinese opponent and received the silver medal.

Iran’s male wushu artist Yazdan Mirzaei defeated an athlete from Kazakhstan in the men’s 80-kilogram category, and was awarded the gold medal.

Moein Taghavi beat his Kazakh opponent in the final contest of men’s 85-kilogram category of the Sanda section and won another gold medal for Iran.

Sanda, sometimes called Sanshou or Lei tai, has all the combat aspects of wushu, but includes many more grappling techniques.

The 9th edition of Asian Wushu Championships started in Taoyuan, Taiwan, on September 1 and ran until September 5, 2016.