A Look at Iranian Newspaper Front Pages on September 5

Almost all major newspapers on Monday covered Iran’s deal with the government’s controversial deal with Financial Action Task Force (FATF), which is an international task force against money laundry. All conservatives described it as treason and called for its termination.

The election of Rasoul Khadem, the former Iranian wrestler and President of Iran’s Wrestling Federation, as a bureau member of United World Wrestling was also a top story as it was the first of its kind in the past years.

The above issues, as well as many more, are covered in the following headlines:

1- Obama: Differences with Russia over Syria Still in Place

2- Turkey Backs Off in Dealing with EU 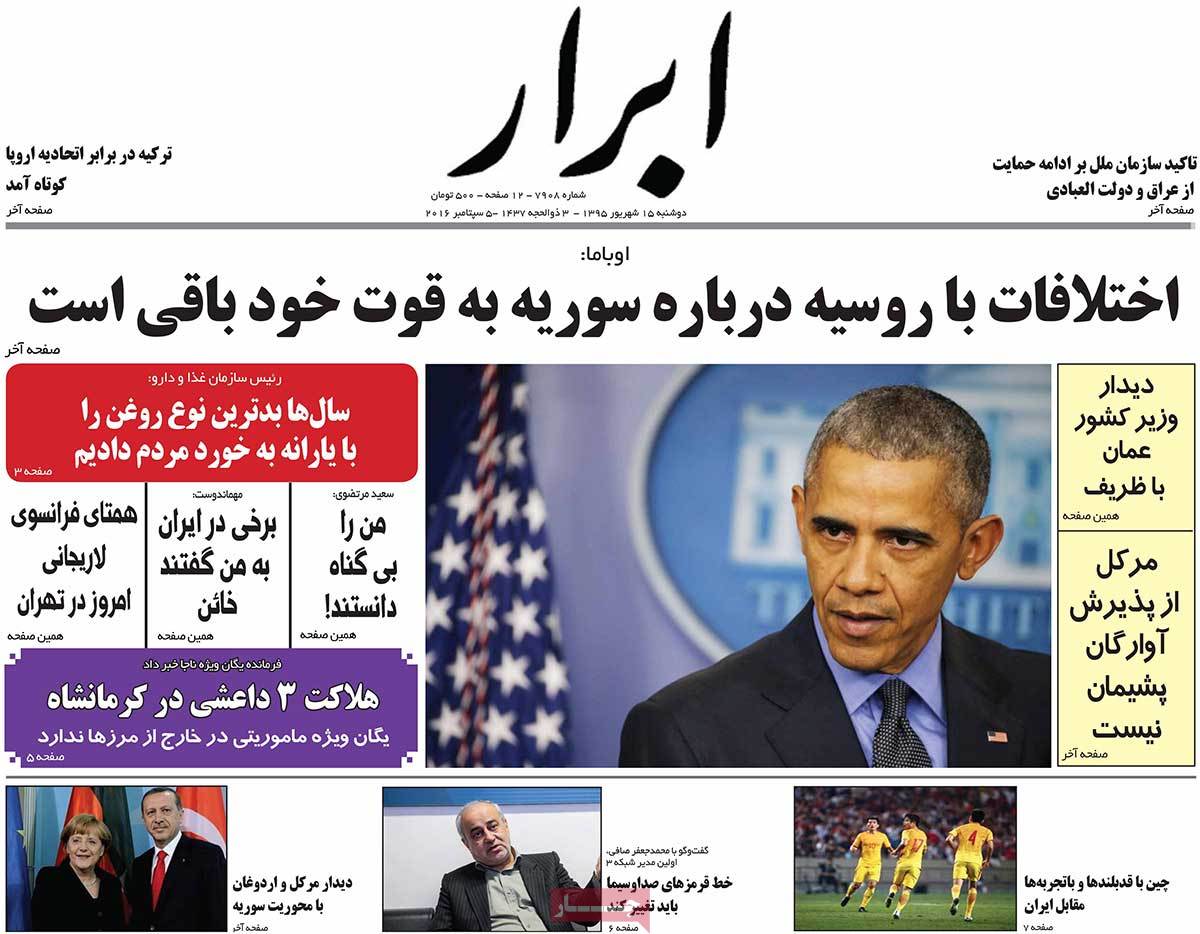 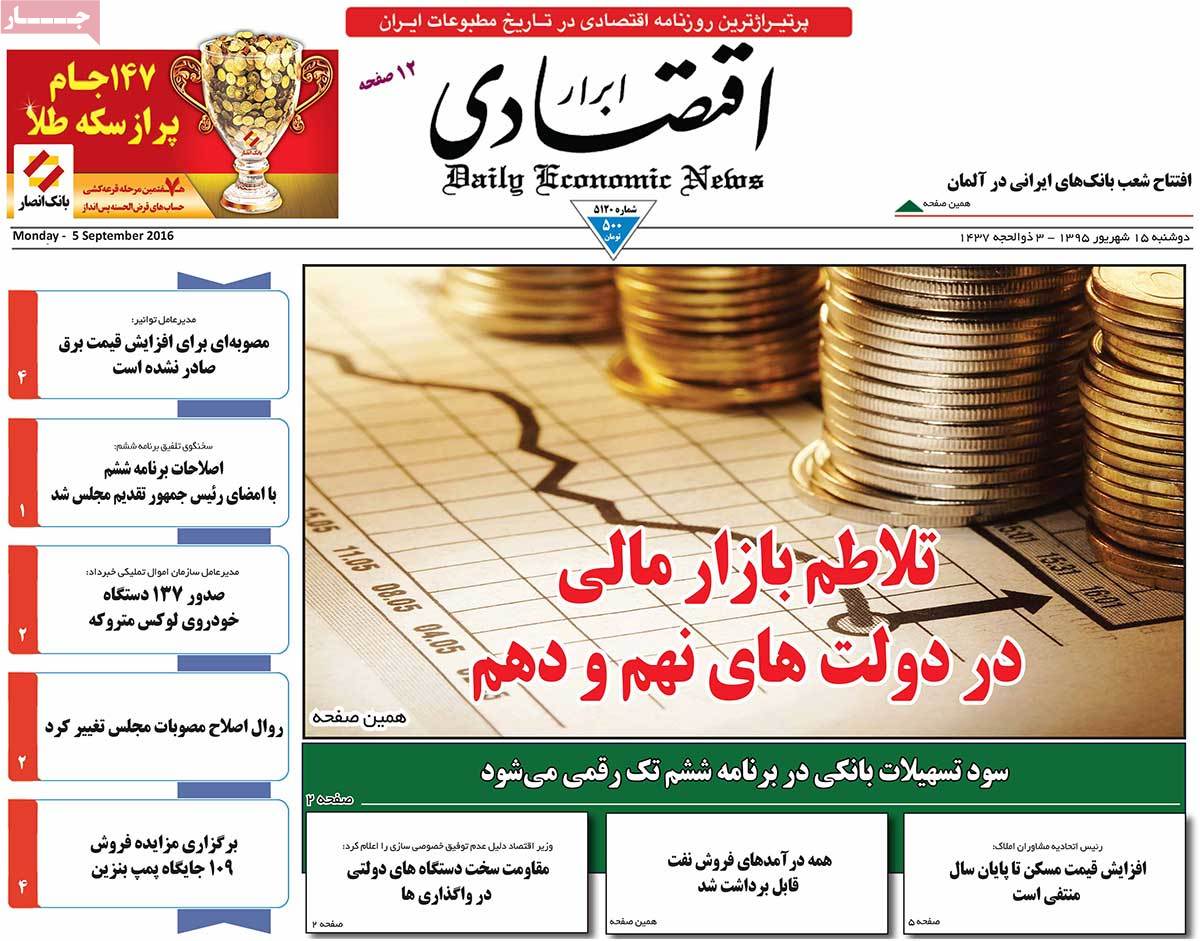 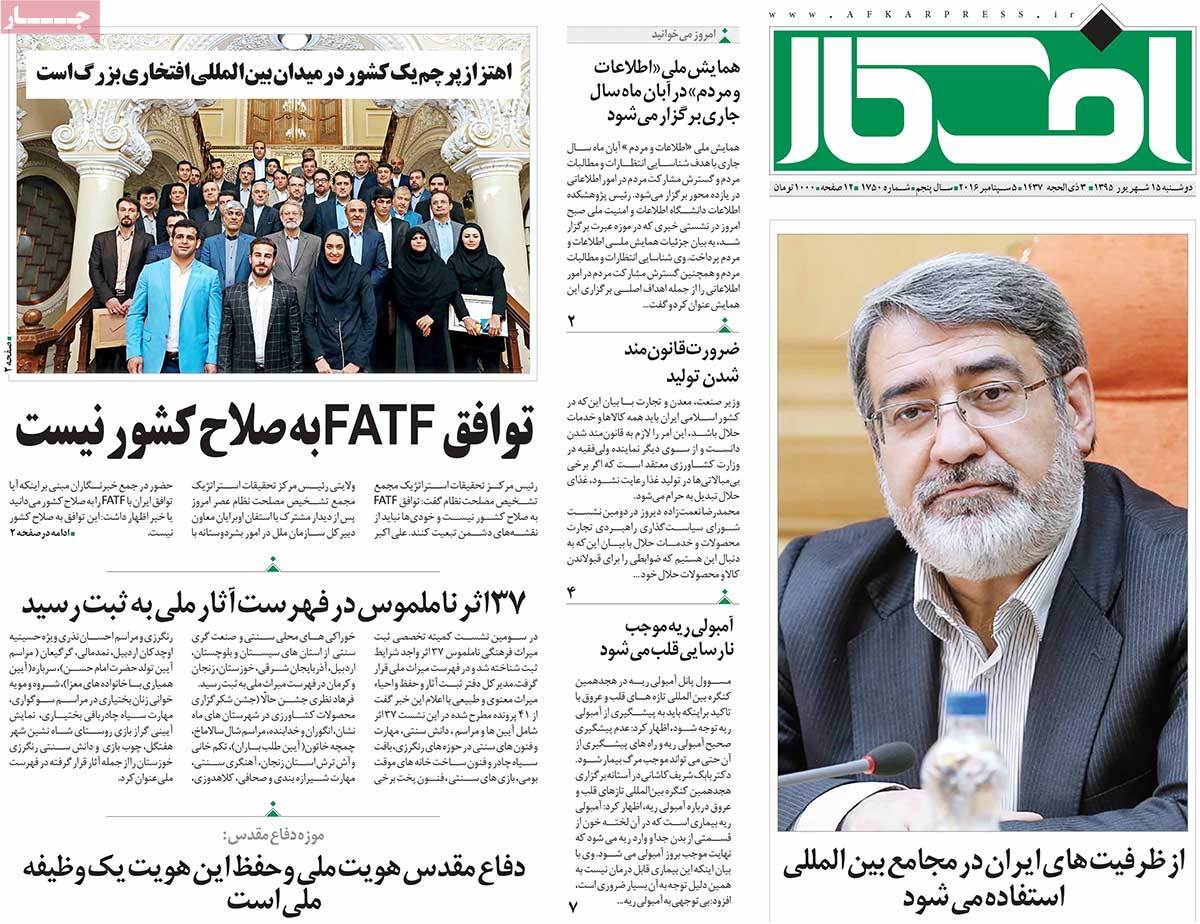 1- Rouhani to Take Longer Steps in His Second Term: Rafsanjani

2- Iranian Music Maestro Shahram Nazeri: I’ve Stayed in Iran Because of My Love for the Country

4- Historical Tiles Stolen from Tehran Are Displayed in Louvre! 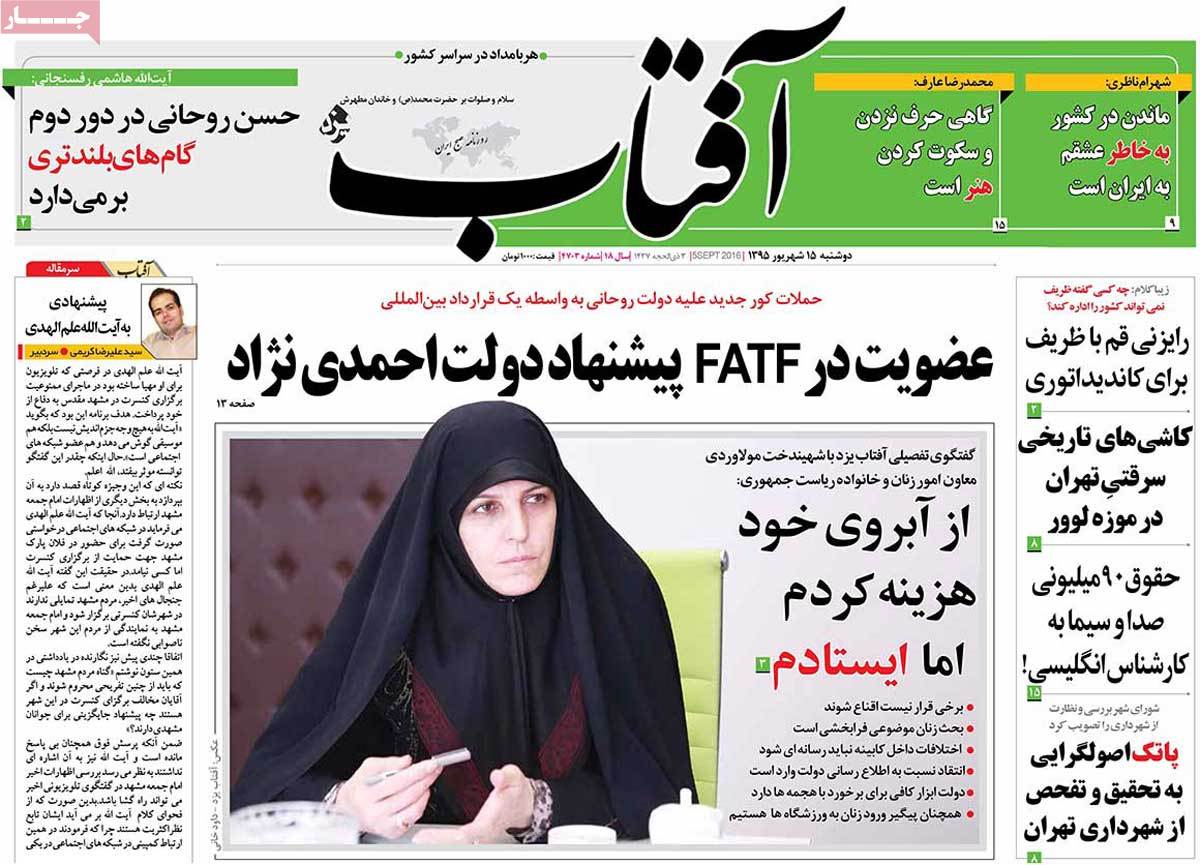 1- I Knew the Leader Wanted the Nuclear Case to Be Resolved: Rafsanjani 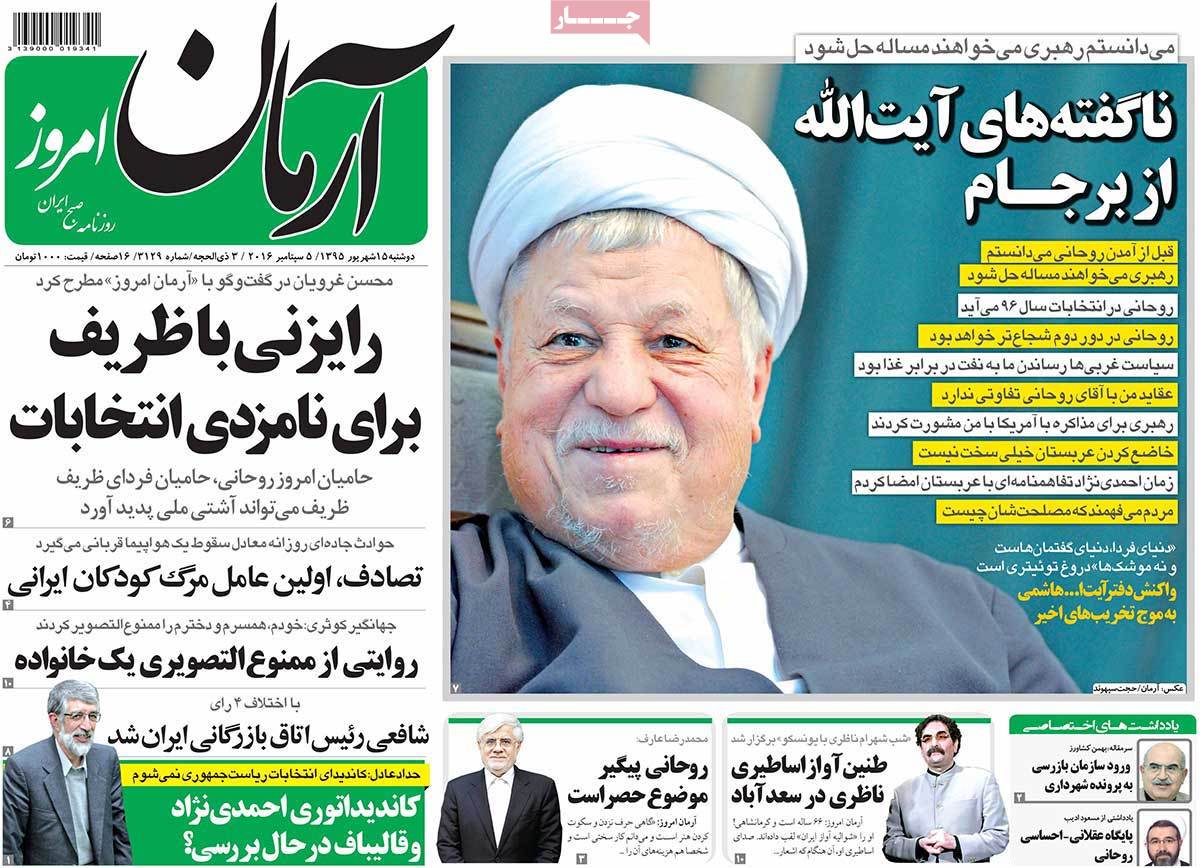 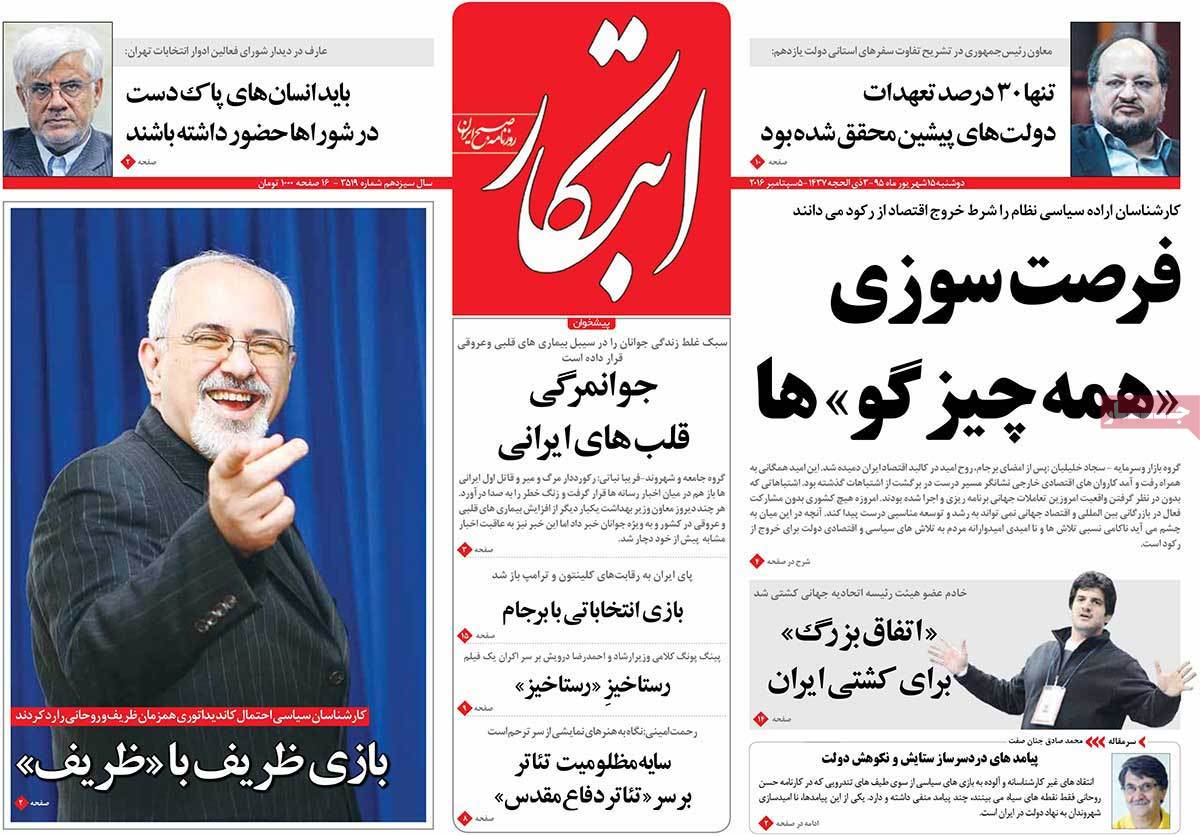 2- Inter-Governmental Schools to Be Established in Iraq: Education Minister 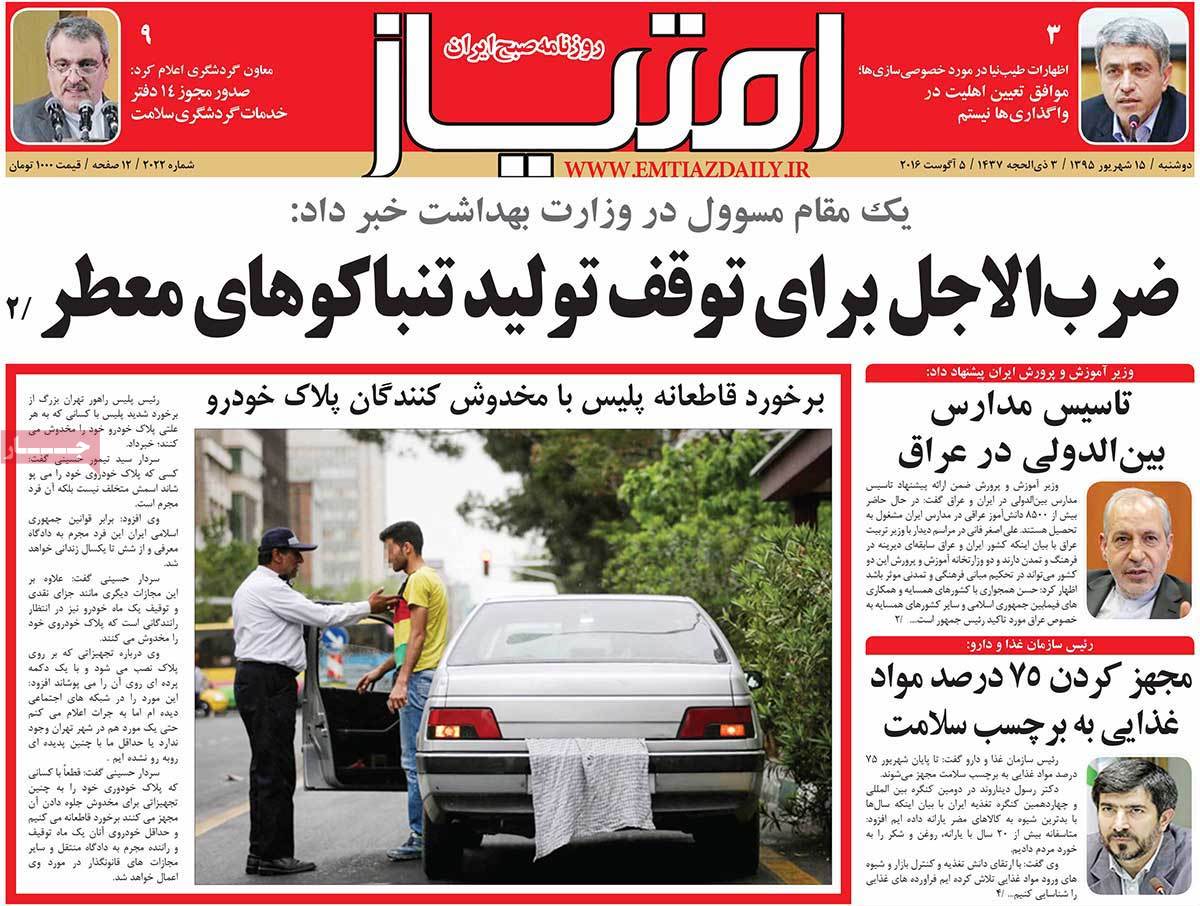 1- Victory of Traditionalists in Economy: Shafe’i Elected as Head of Iran’s Chamber of Commerce 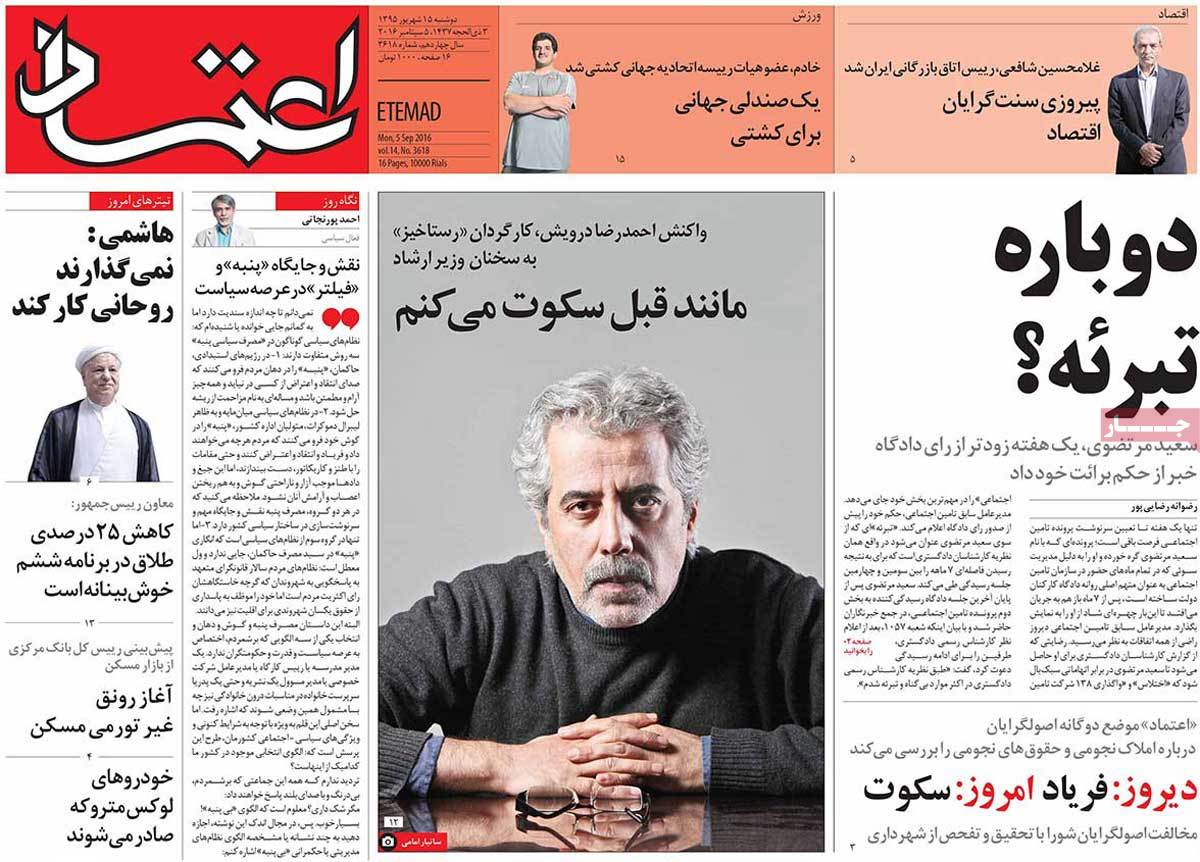 1- Chomsky: US and West Have Closed Their Eyes on Saudi Arabia’s Support for Terrorism 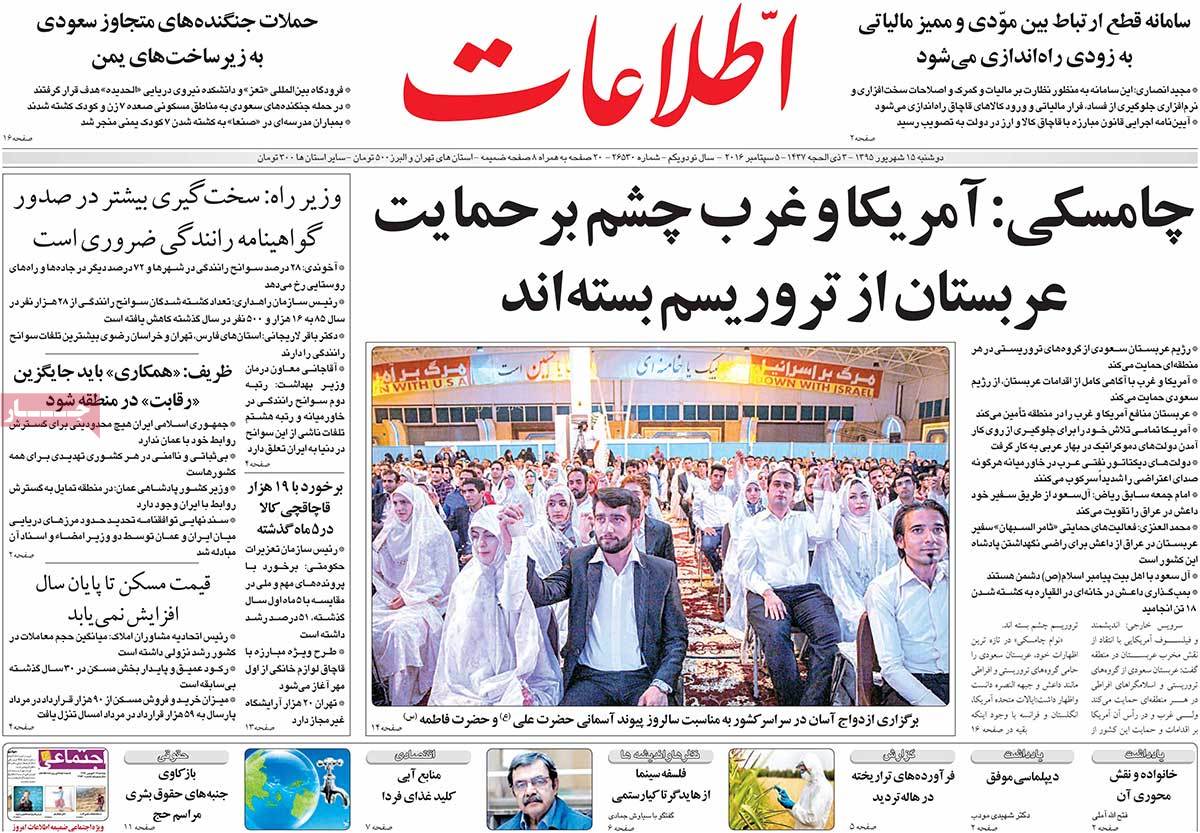 1- Story of Rafsanjani’s Love for Germany and Japan: How the Ayatollah’s Devotion to Economic Development of These Two, and Also That of China, Led to Free Trade Zones in Iran 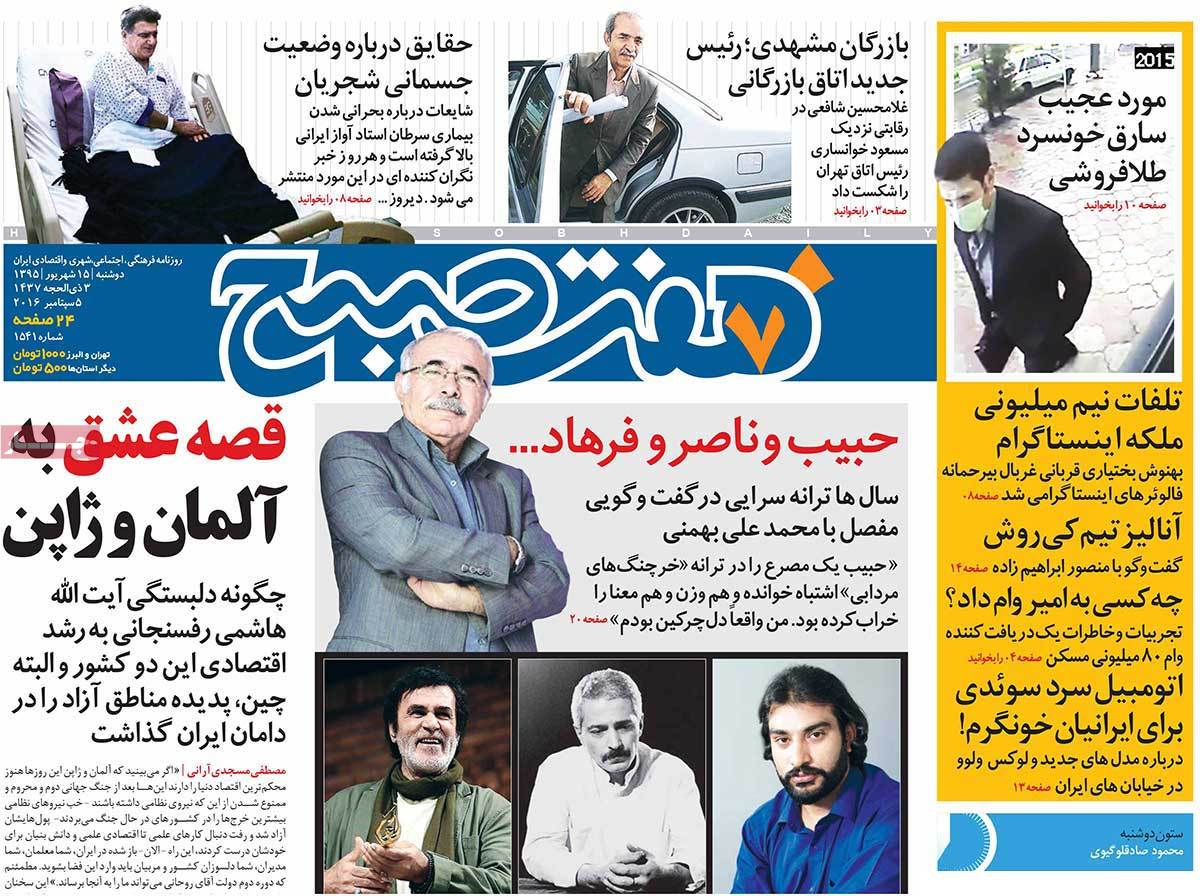 2- Dismissal of Executives with Dual Nationality 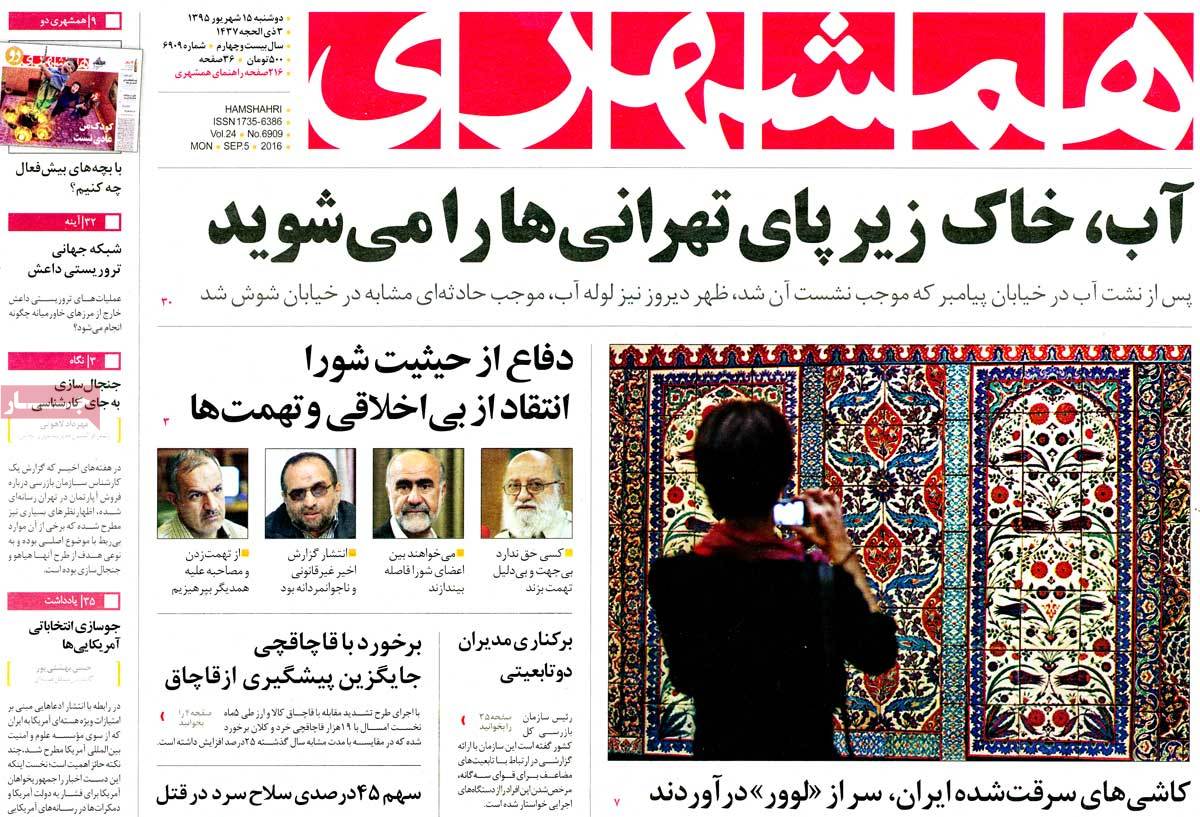 1- Death, the Last Stage of Addiction 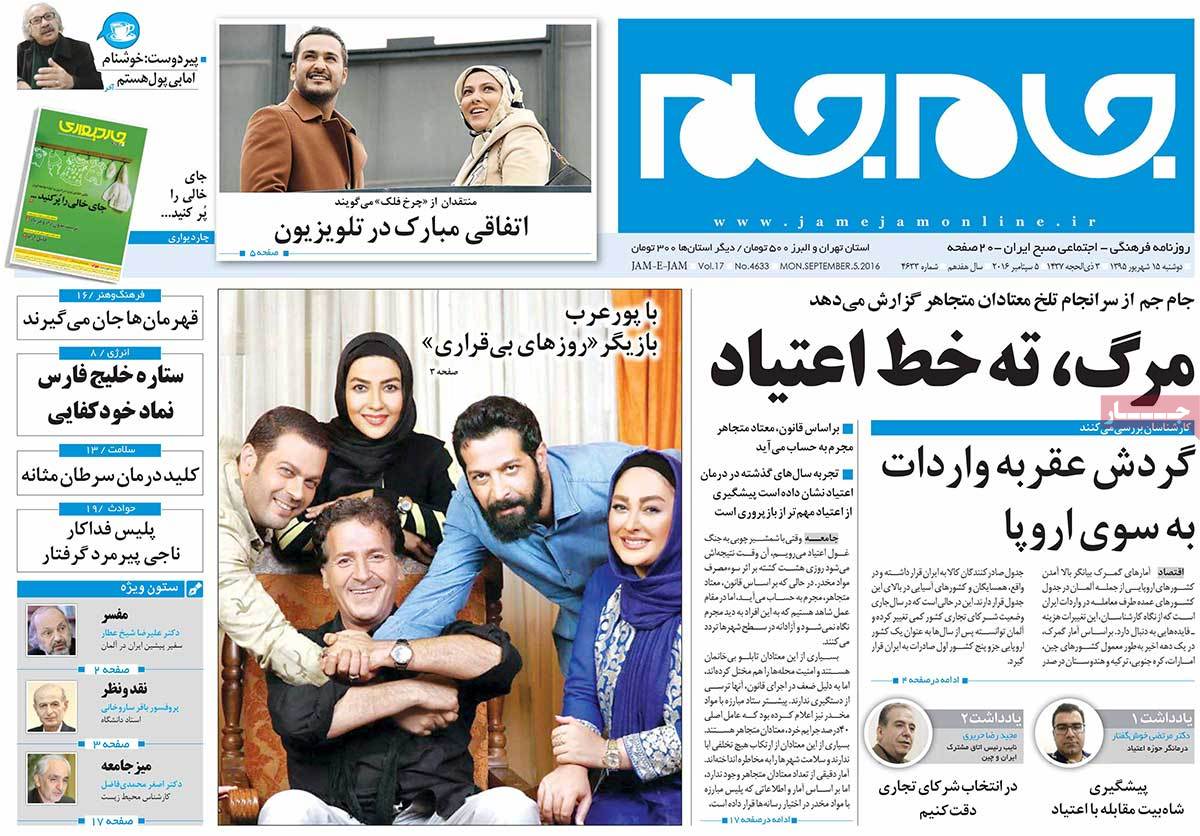 3- The Comments [written by Ayatollah Khamenei] which Made People Interested in Reading Books: People Consider Leader of Islamic Revolution as a Reliable Guide for Buying Books 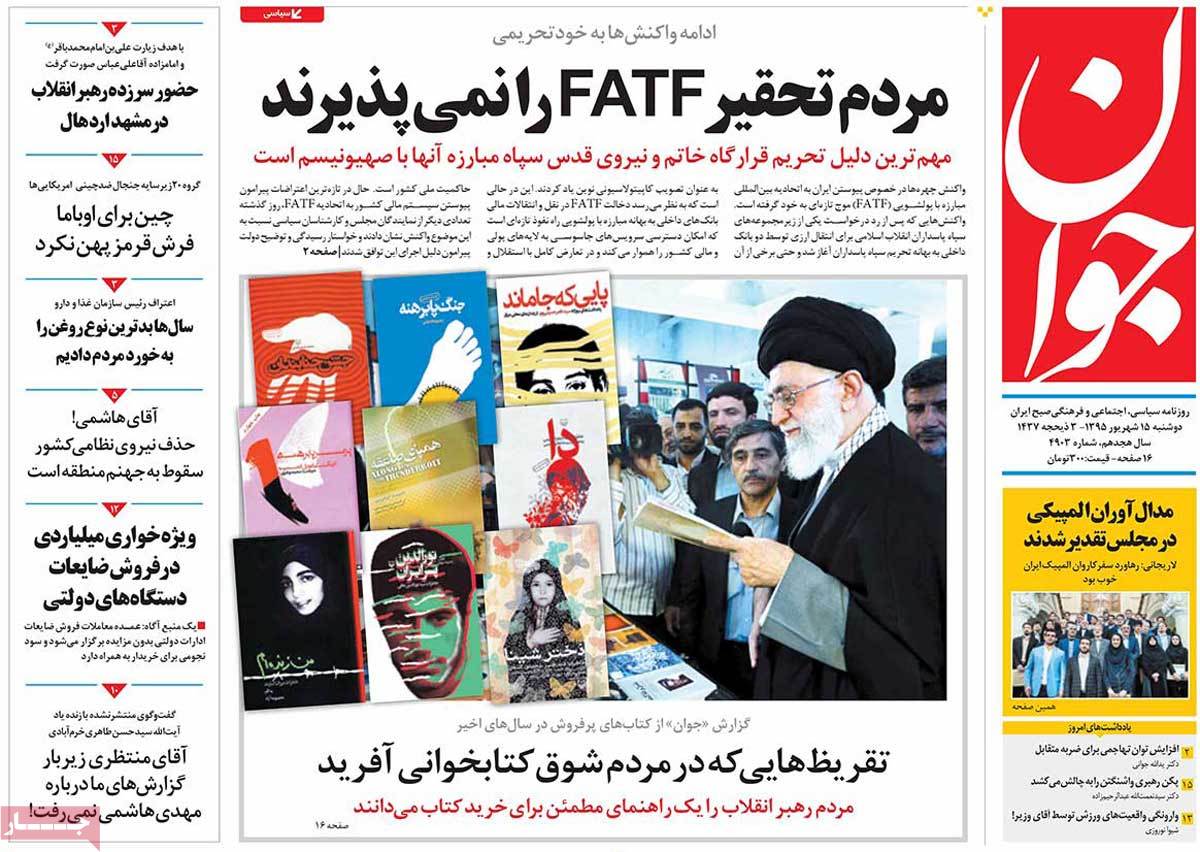 1- Expansion of Iran-Europe Banking Ties with Removal of Barriers and Establishment of Branches in Other Countries: Iranian Banks Open Branches in Germany 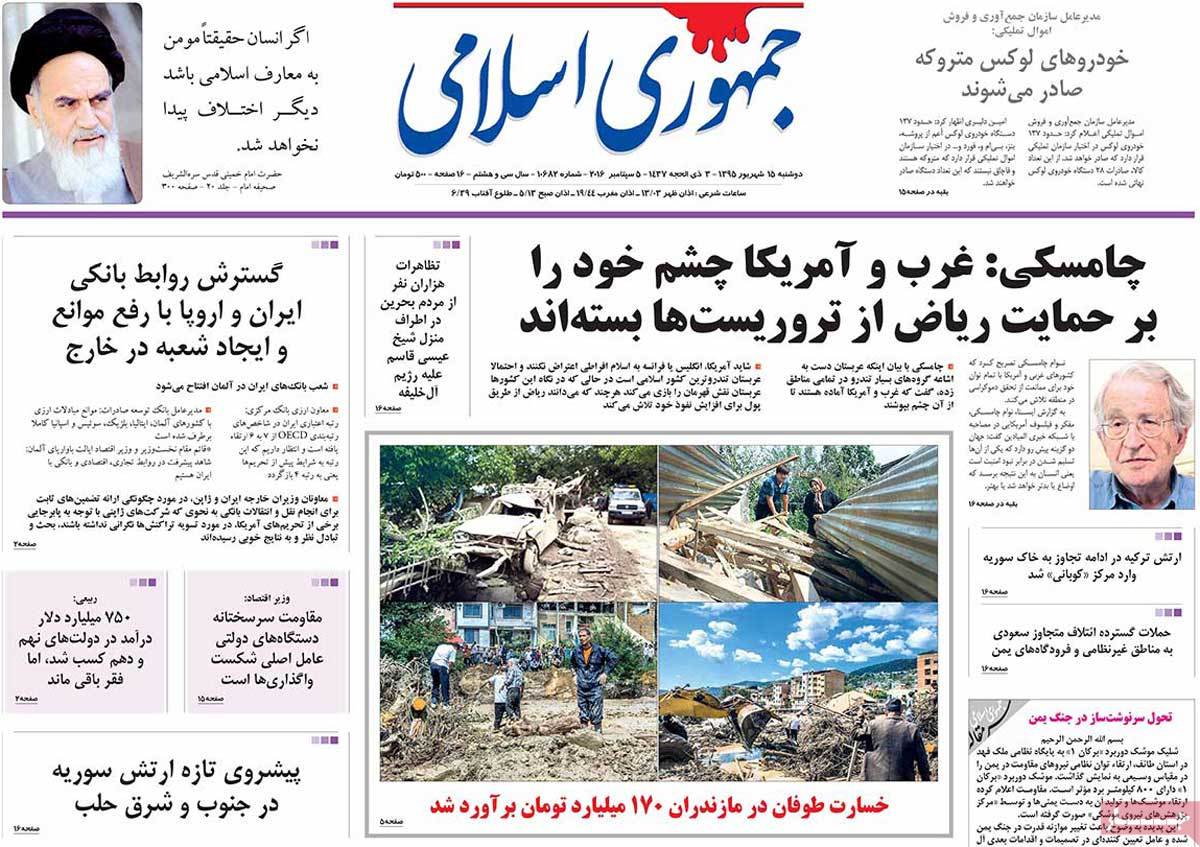 2- The Chinese Didn’t Give Obama the Red Carpet

3- Salafis’ Faith Isn’t that of Prophet Muhammad, It Is the Religion of Muhammad ibn Abd al-Wahhab: Al-Azhar Mufti

4- Saudi Ambassador to Iraq Is Tasked with Supporting ISIS: Missionary

5- Al Saud’s Huge Expenses Have Failed to Prevent Spread of Shiism in the US: One of World’s 50 Most Influential Muslims 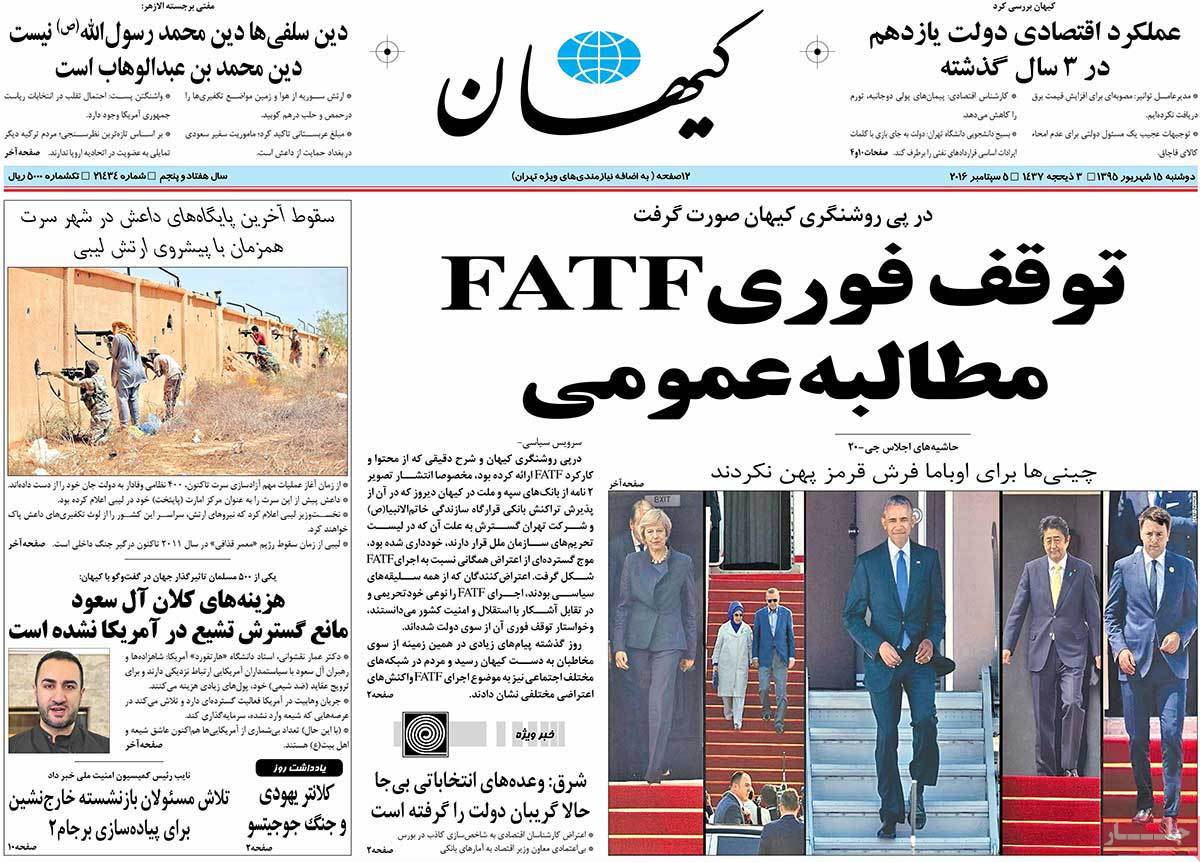 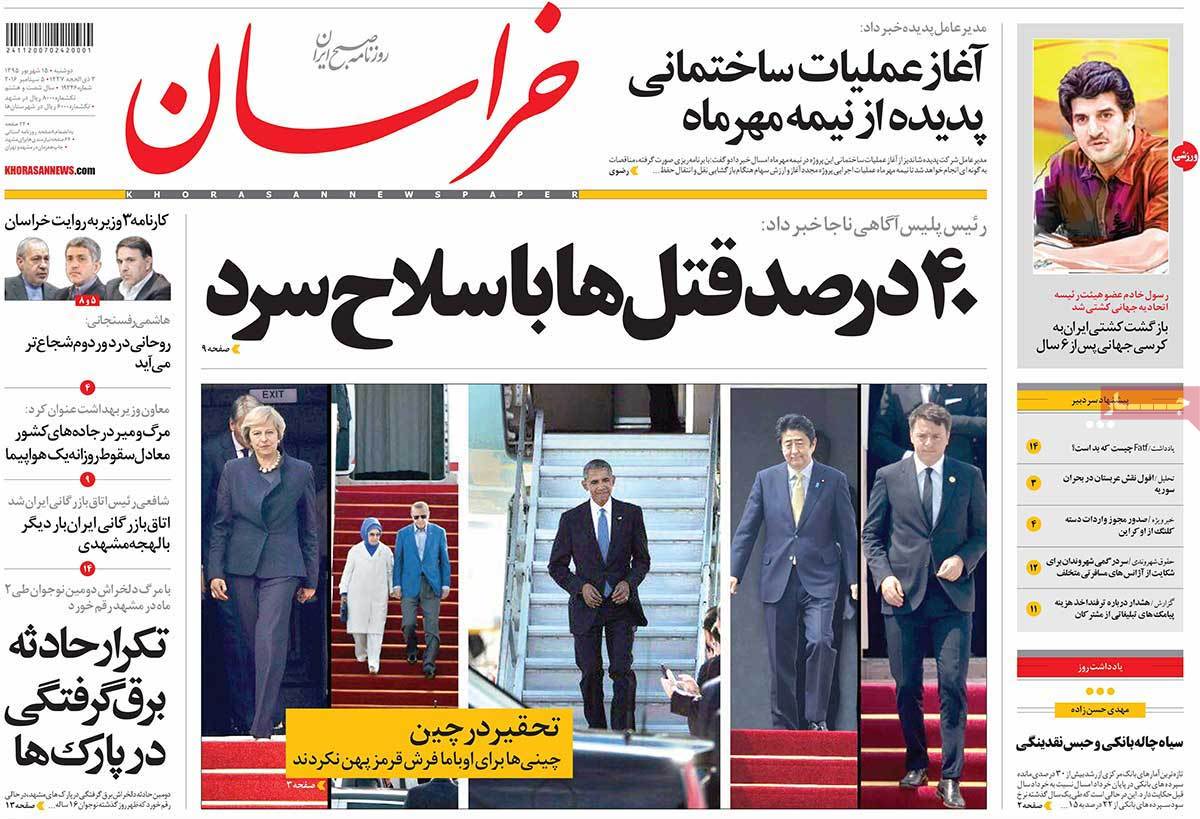 1- Justifying US Violation of Its Commitments Is Cooperating in Their Crimes: Senior Cleric 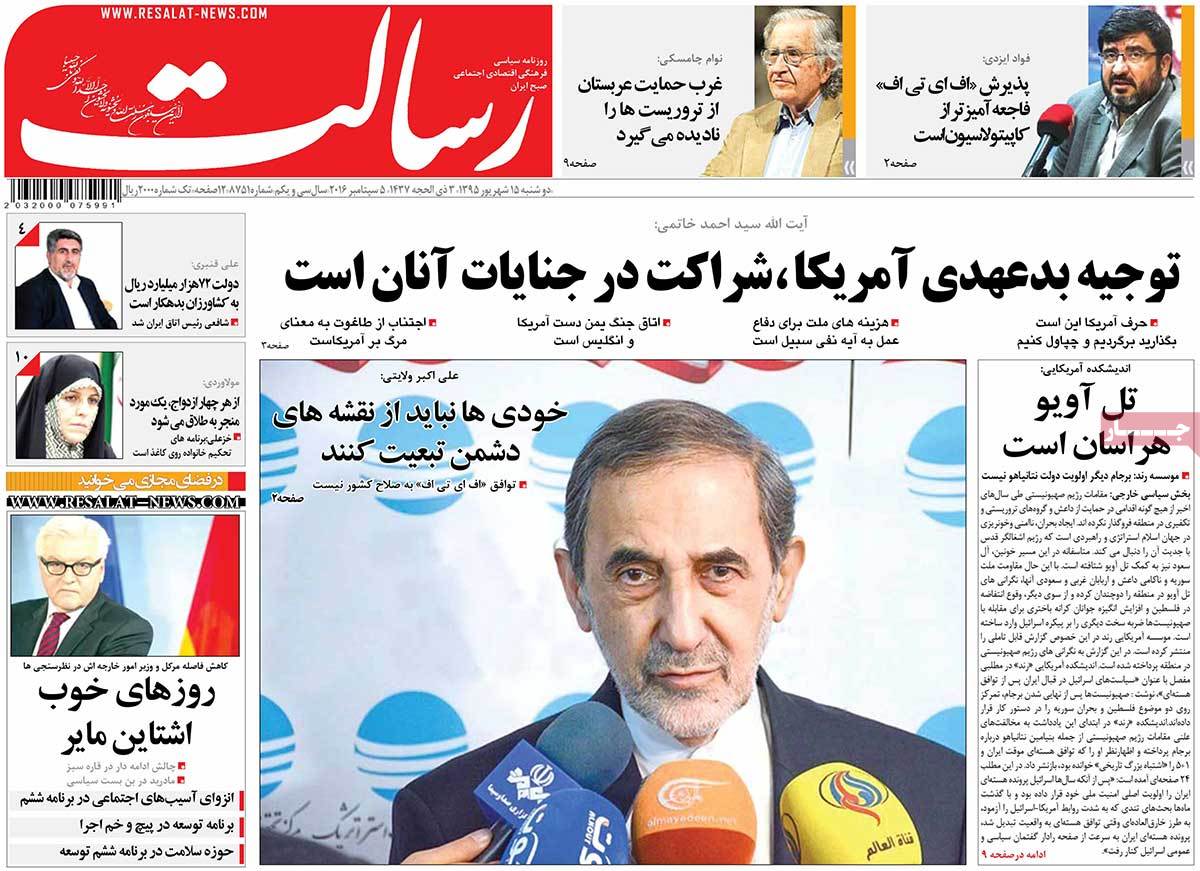 1- Wrong Privatization of Government-Owned Companies Is Major Cause of Poverty: 2 Ministers

2- Ista, a Timeless Village: A Report on the Village Whose People’s Lives Stopped 100 Years Ago 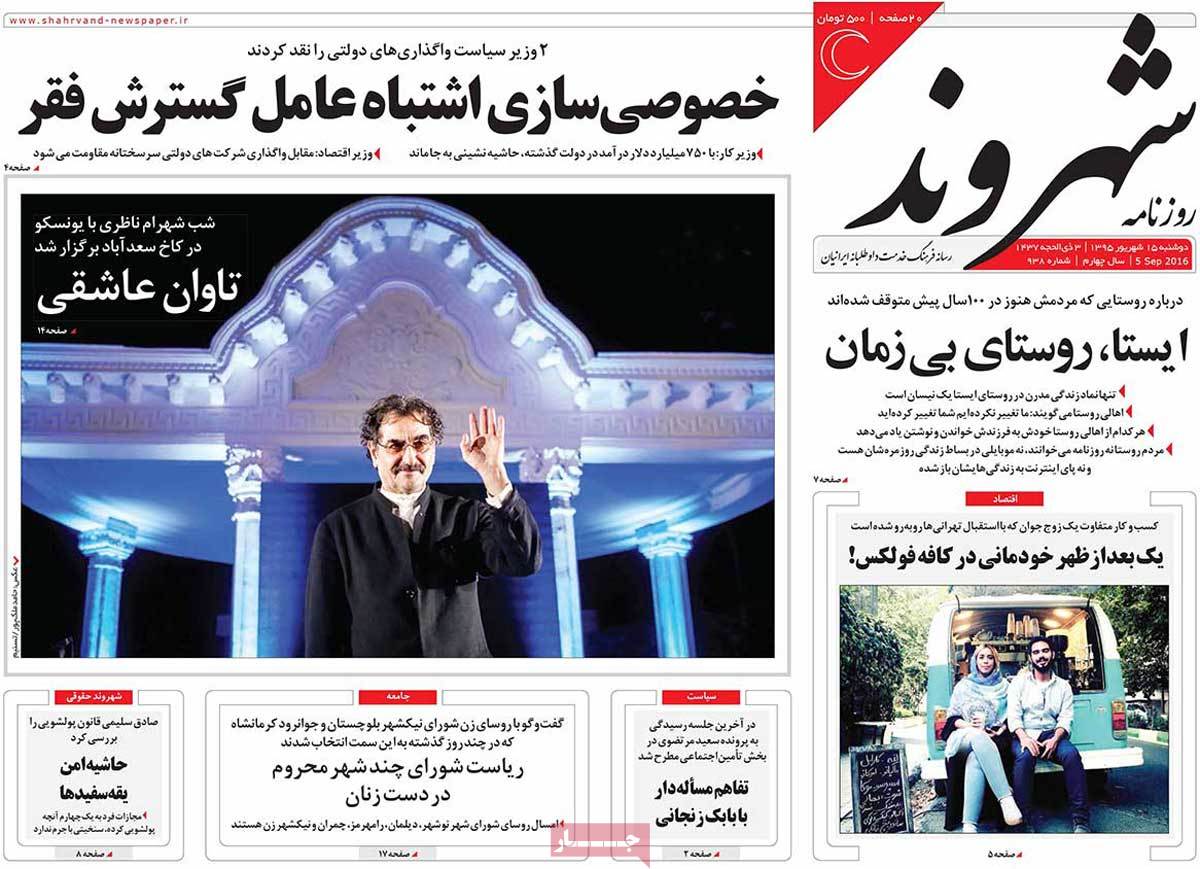 1- Halt to Project for Self-Imposition of Sanctions? Danger of Joining FATF 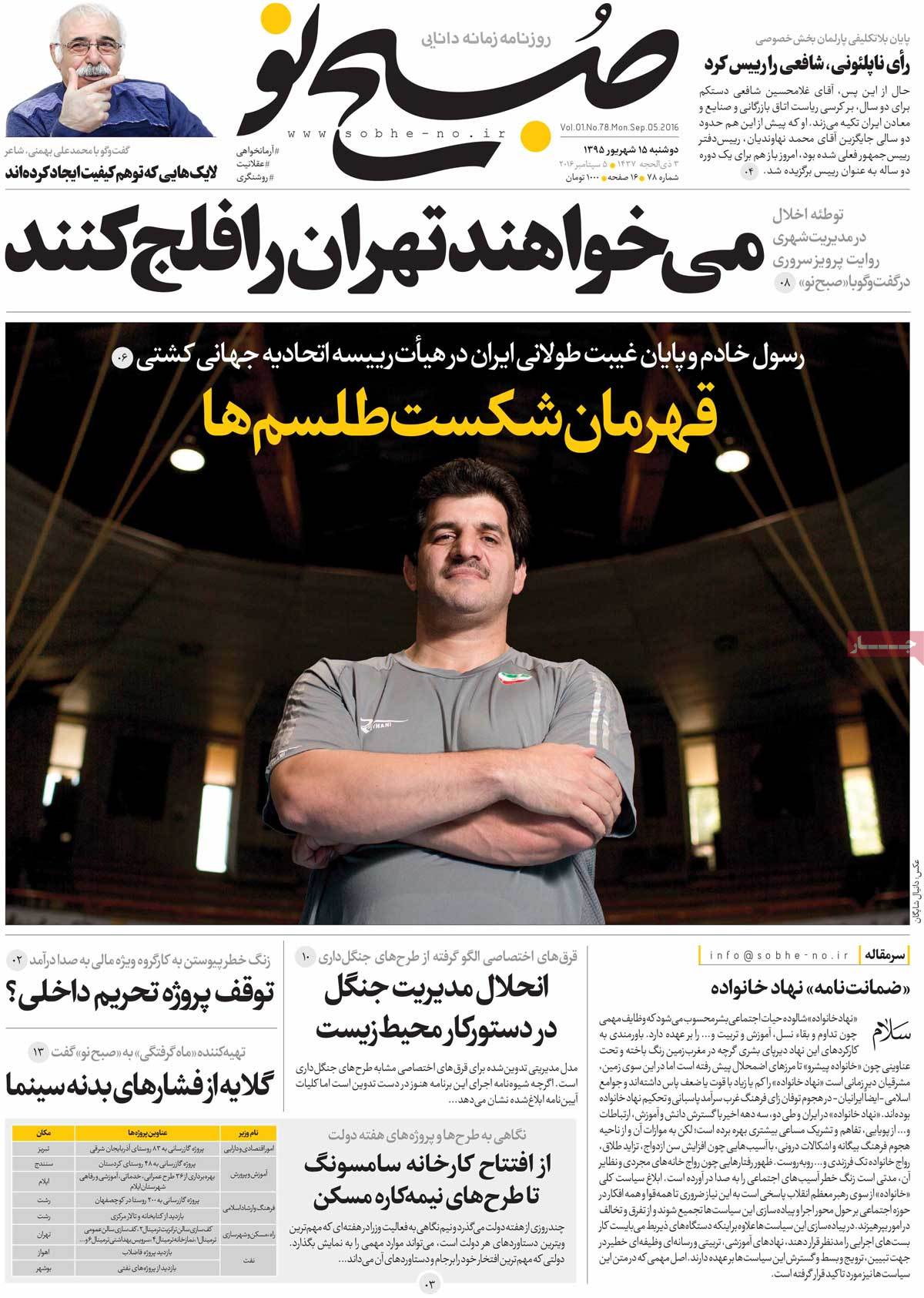 2- Saudis Bite Off More than They Can Chew: Riyadh Threatens Iran to War

4- 25% Decrease in Divorce Rate Is an Optimistic Statistic: VP for Women Affairs 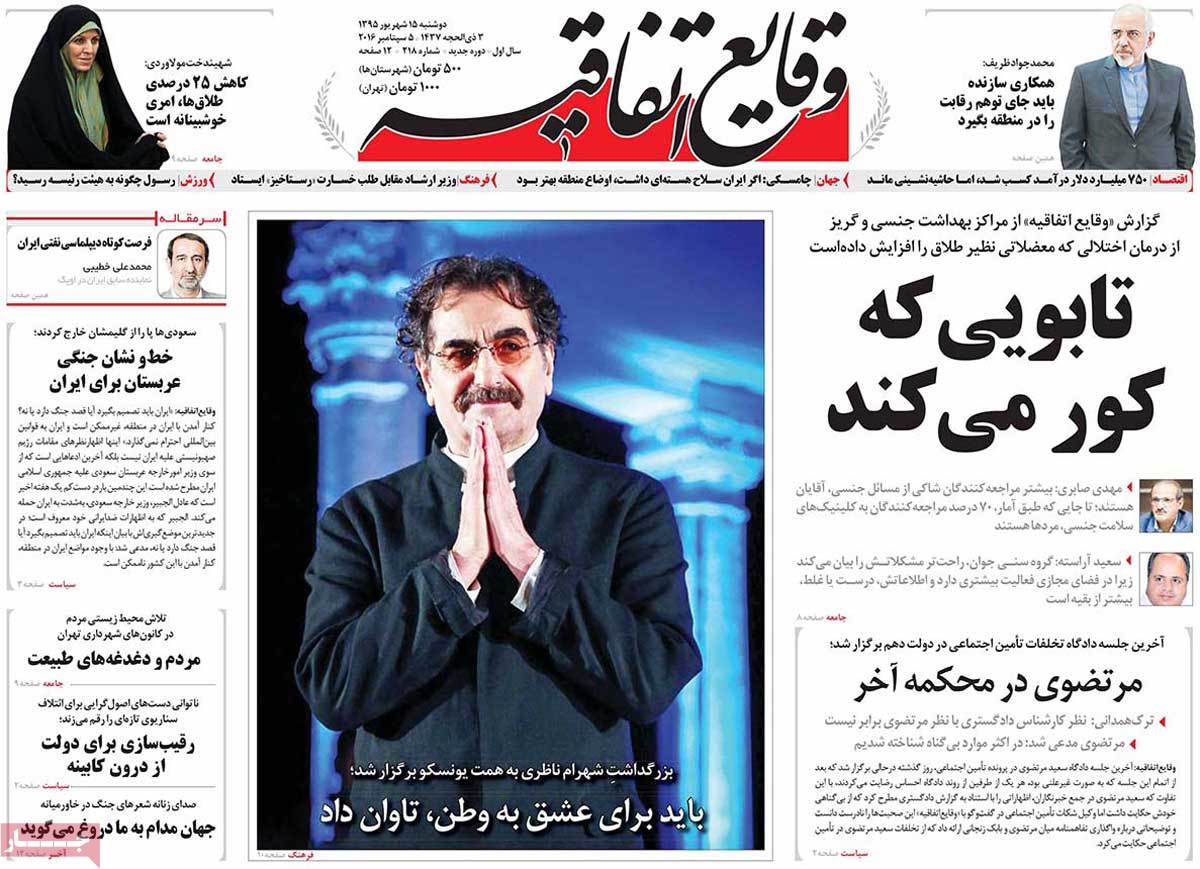 3- Obama Humiliated by the Chinese: Sidelines and Meetings of G20 Leaders 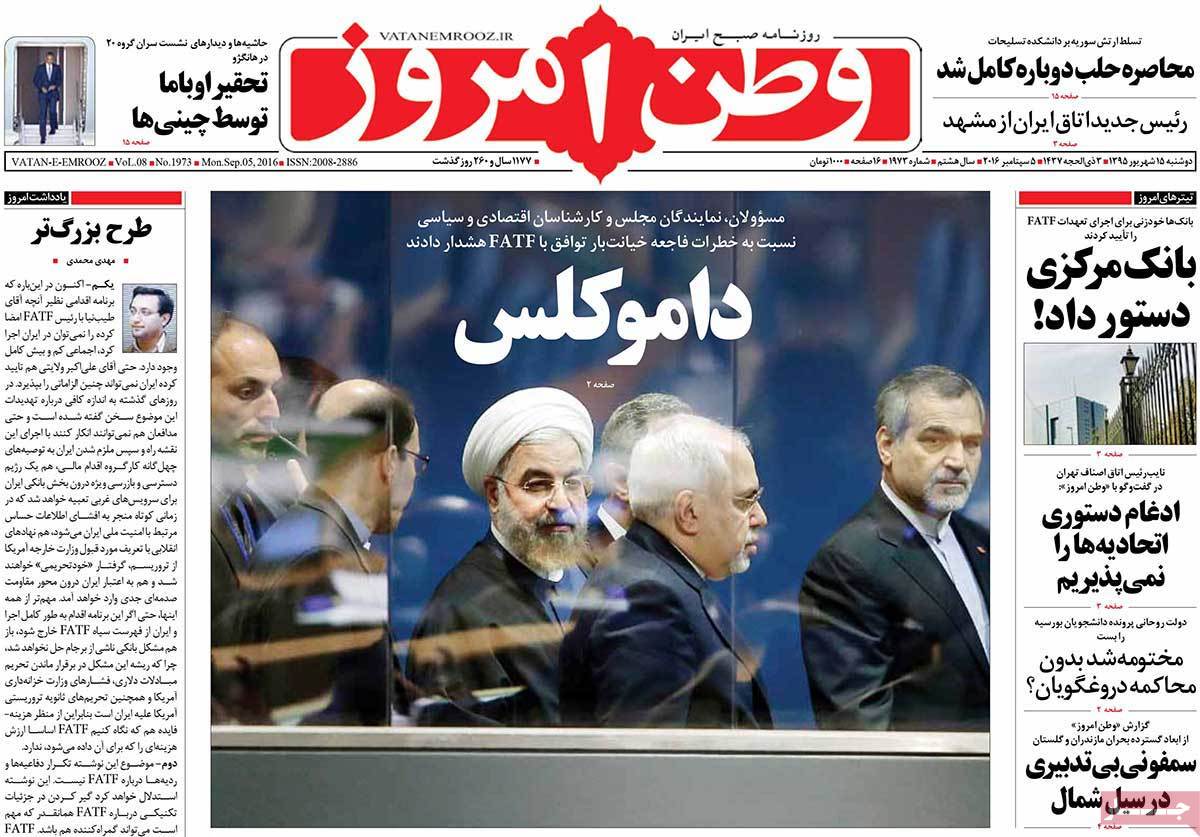