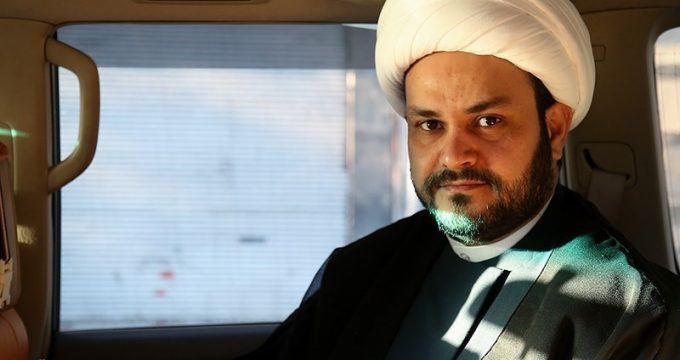 Leader of Iraqi popular forces: US attempting to set up permanent base in Mosul

“The Americans are after setting up a permanent military base in Mosul and their plots will be foiled only when the popular forces participate in the operations to liberate the important city of Mosul,” Kaabi said in a meeting with Secretary of Iran’s Expediency Council (EC) Mohsen Rezayee in Tehran on Sunday.

He underlined the necessity for participation of Hashd al-Shaabi (popular forces) in the operations to take back Mosul from the ISIL, and said that “the enemies are after weakening the Hashd al-Shaabi” to implement their plots against Iraq.

A senior military official disclosed in April that the US army may open new military bases in Iraq as the Arab country prepares to retake the Northern city of Mosul from the ISIL.

“There may be a situation in which there is another base that is opened or reopened from years past that would be used… as a fire-support base behind the front lines,” Rear Admiral Andrew Lewis said.

The announcement by the vice-director for the Pentagon’s Joint Staff Operations came after US officials said they were considering to “greatly increase” the number of American special forces in Syria.

In March, the US army set up an outpost, initially known as the Fire Base Bell and currently renamed to the Kara Soar Counter Fire Complex, outside the town of Makhmour, Southeast of Mosul.

Also, Kurdish sources said last month that the US has set up a new military base in Hasaka, Northeastern Syria, under the pretext of demining the region.

“The US has deployed tens of its marines in Mabrouka village in the Western parts of Hasaka province under the pretext of demining Ra’s al-Ain city which is now under the control of Kurdish forces,” sources told FNA.

According to the Kurdish sources, the US forces have set up their base in one of the buildings of Syria’s power department in Mabrouka named Housh al-Kahroba.

Reports in December said that the US experts are reconstructing and equipping a desolate airport special to carrying agricultural products in the region controlled by the Kurdish forces in Hasaka region to turn it into a military base.

The Lebanese al-Akhbar newspaper reported at the time that a number of US experts have entered the region since 50 days ago to develop and prepare the runways with 2,500m length and 250m width to be used by fighter jets.

Abu Hajar airport which has not been used since 2010 is located in Tal al-Hajar region in the Eastern countryside of Hasaka which is controlled by the Kurdish People’s Defense Units (YPG).

The airbase is located Southeast of the town of Rimelan, which is one of the YPG’s main strongholds and “largest arms and ammunition depots”.

The US has not received or even asked for a permission from Damascus for reconstructing the airbase. The United States does not have a UN mandate for intervening in the Syria war.