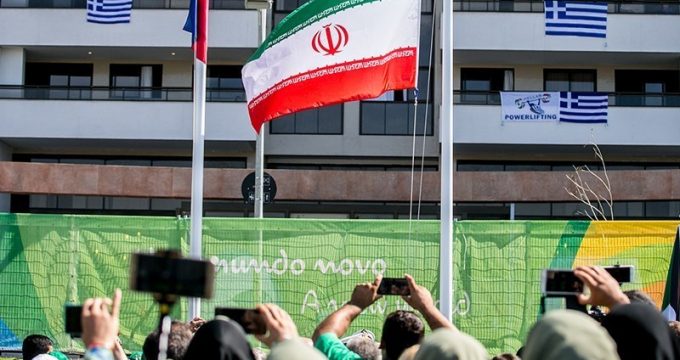 RIO (Tasnim) – The Iranian flag was officially hoisted at the Paralympic Games Village in Rio de Janeiro, in a ceremony on Sunday.

The ceremony began with a ‘Native Tribal Indian Dance’, followed by an athletes’ parade, according to the National Sports Council’s (NSC) official Facebook page.

The ceremony witnessed by the athletes, officials and coaches.

A total of 111 Iranian athletes will participate in the Paralympic Games, scheduled for  September  7th to September 18th in Rio de Janeiro, Brazil.