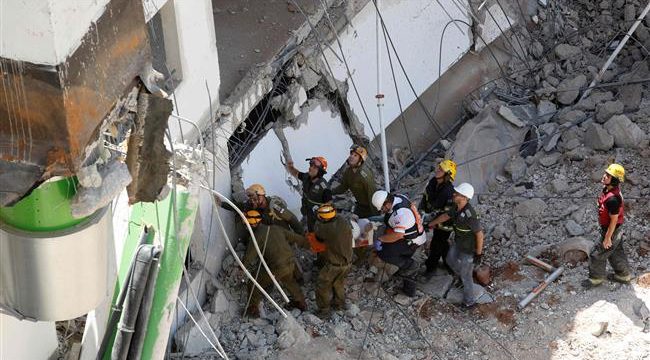 A building collapse in the Israeli-occupied territories has left at least two people dead with no immediate information available on the cause of the incident.

Medics in Tel Aviv said the collapse occurred in a parking garage which was under construction in an affluent neighborhood of the city.

They said some 20 people had been treated for injuries.

Police announced hours after the structure came down that four people were still missing, saying that they may be trapped under rubble at the site of the multi-floor car park.

The Israeli military also sent troops to the site of the incident to carry out search and rescue operations.

The building was located adjacent to a hospital and other edifices housing high-tech offices and restaurants in Ramat Hahayal, an upmarket neighborhood of Tel Aviv.

Other officials said those trapped in the parking were only construction workers.

“It is about four to five stories down under the surface,” said a medic, who arrived on the scene shortly after the collapse.

“It was only construction workers. There weren’t any other people …They say some movement shook the building.”

Israel has witnessed multiple incidents that have claimed the lives of many workers, including Palestinians.

Between 2000 and 2015, 480 people were killed in construction accidents, Israeli newspaper Haaretz reported in May.