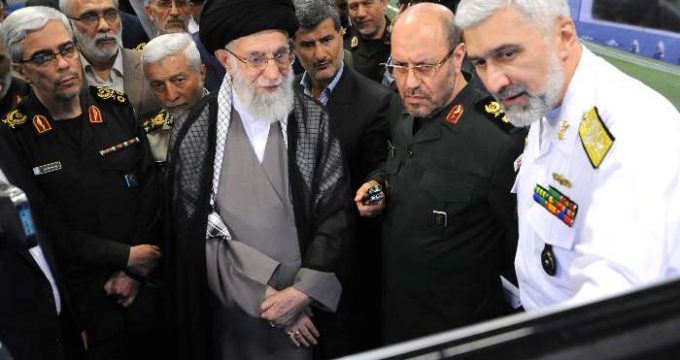 Iran has for the first time released footage of transporting and deployment of the Russian S-300 missile defense system.

The Islamic Republic of Iran is marking the anniversary of the assassination of former President Mohammad Ali Rajaei and then-Prime Minister Mohammad Javad Bahonar, who lost their lives in a bombing in the capital, Tehran, 35 years ago.

Head of Atomic Energy Organization Ali Akbar Salehi said on Monday that Iran will attend and monitor outcome of the upcoming IAEA annual conference in the wake of implementing the Joint Comprehensive Plan of Action.

Iran’s Zarif, while pointing to widespread scourge of terrorism and extremism, said development, stability and security issues are positively correlated between Iran and Afghanistan.

Leader of the Islamic Revolution Ayatollah Seyed Ali Khamenei underlined the need for strengthening the country’s military power, describing it as natural and an “inalienable right”.

The United States and its negotiating partners agreed “in secret” to allow Iran to evade some restrictions in last year’s landmark nuclear agreement in order to meet the deadline for it to start getting relief from economic sanctions, according to a report reviewed by Reuters.

Zarif had left Tehran for Uzbekistan’s Samarkand on Saturday morning.

Families of victims of Mina tragedy take complaints with Leader

Families of victims of Mina tragedy took their complaints with the Supreme Leader against Saudi government seeking compensation for their loved ones.

A Turkish gold trader accused of conspiring to violate U.S. sanctions against Iran on Tuesday asked a federal judge to recuse himself, citing remarks he made about a series of earlier Turkish prosecutions targeting him and others.

British Airways will resume direct flights from London to Tehran later, after suspending them four years ago.

Abbas Papizadeh, member of Iranian Parliament Committee on Agriculture, in an interview with Tasnim News talked about a clause in government’s Sixth Development Plan on commercializing GM crops and stated: “GM crops are a risk for people’s health and we had a long discussion about whether we must allow production of these crops or not while we were studying Sixth Development Plan in Agriculture Committee.”

Iranian Intelligence Minister Seyed Mahmoud Alavi underlined that Iran is among the most secure countries for investment.

French Minister of Ecology, Sustainable Development and Energy Ségolène Royal, as part of her 3-day visit to Iran, had an aerial visit of Iran’s largest saltwater lake, Lake Urmia, which has lost 90% of its surface water in the past two decades as a result of climate changes, among other reasons.

Iran’s national football team, also known as Team Melli, has achieved a surprise victory over Qatar in its opening match at the third round of the 2018 FIFA World Cup qualification tournament.

Tehran was host to a week-long International Puppet Theater Festival late August, where colorful puppets of all sizes and kinds brought happy smiles to the faces of children and adults alike.

Made in America: State Dept. offers $3Mln for Daesh leader trained in US

The US State Department has offered a $3 million reward for any information leading to the arrest of Gulmurod Khalimov, a former Tajik police commander who is currently one of the main leaders of the Daesh terrorist group.

UN report on use of chemical arms in Syria erraneous: Ja’afari

Syria’s ambassador to the United Nations has dismissed as flawed the findings of a UN-mandated investigation blaming Syrian forces for the use of chemical weapons, saying the report is based on “false testimonies.”

Amnesty International has called on the Bahraini regime to suspend its heavy-handed crackdown on peaceful critics and opposition figures as Manama keeps up its policy of repression.

Prominent Iraqi cleric Muqtada al-Sadr has called upon Iraqi people to stage a two-day walkout along with a hunger strike in protest at what he calls Prime Minister Haider al-Abadi’s failure to properly fight against corruption and misappropriation of public funds.