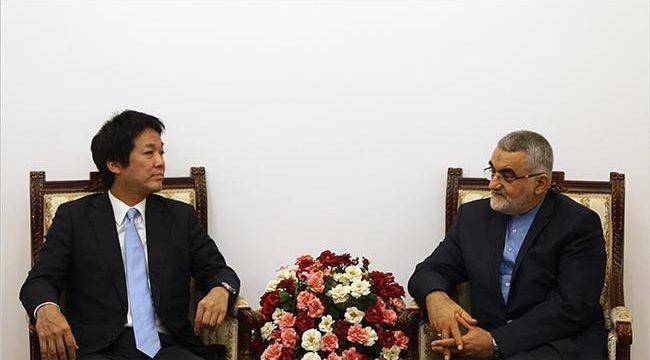 Boroujerdi made the remarks in a meeting with visiting Japanese State Minister for Foreign Affairs Kentaro Sonoura on Saturday.

He said that Iran is serious on fighting terrorism.

Terrorism has no borders and needs global commitment and collective cooperation, he said.

The United States and its regional allies made a great mistake by supporting terrorist groups, Boroujerdi said.

The official referred to the historical ties between Iran and Japan and said that now and after the alleviation of anti-Iranian sanctions, ground is ready for enhancement of ties between the two nations.

The lawmaker expressed satisfaction over the current level of cooperation between Iran and Japan parliaments.

He urged intelligence cooperation between Tehran and Tokyo against terrorism.

On his part, Sonoura also said that fighting terrorism needs collective cooperation of all members of the international community.

Referring to the historical ties between Iran and Japan, he said that Tokyo is keen to enhance ties with Iran.

Tokyo is keen to enhance ties with Iran in all areas including sciences, nuclear technology, medicine and environment.