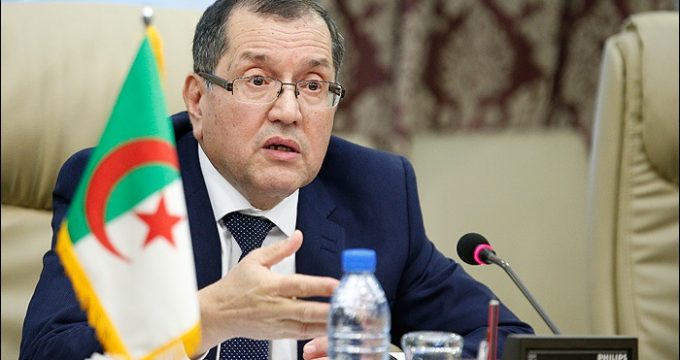 Tehran, Sept 4, IRNA – Oil price of 50 dollars per barrel is not acceptable and we are going to discuss the issue ewith OPEC member states, says Algerian Minister of Energy, Noureddine Boutarfa.

Boutarfa made the remarks on Saturday evening following a meeting with Iran’s Minister of Petroleum Bijan Zanganeh in Tehran.

‘I had a meeting with Mr Zanganeh and we talked about the future meeting of OPEC due to take place in Algiers,’ he told reporters.

The main topic of our discussion was the oil market and its situation, the Algerian oil minister said.

OPEC members are demanding oil price to be between 50 to 60 dollars and the price of 50 dollars per barrel is not acceptable, Boutarfa said.

‘That is why we are going to continue our discussions and efforts to reach a deal on a final price mark with the OPEC members,’ he said.

‘And this is going to be top on our agenda for the upcoming OPEC meeting,’ he said.

The Algerian oil minister also said that the OPEC members are going to achieve the price mark of 50 to 60 dollars and we have called on the member states to help reach a deal on the price of oil.

Elaborating on the potential outcomes of the forthcoming OPEC meeting, the Algerian oil minister said that we expect positive outcomes.

All the member states, including Iran, are going to attend the OPEC meeting and The Islamic Republic is expected to play a central role, Boutarfa.

The unofficial meeting of the Organization of the Petroleum Exporting Countries (OPEC) is going to take place on the sidelines of the International Energy Forum in the Algerian capital from September 26-28.