A look at Iranian newspaper front pages on September 3

Newspapers on Saturday covered the comments made by the Leader of the Islamic Revolution Ayatollah Seyyed Ali Khamenei about the impact of Western propaganda on the family foundations in Iran and their plot to influence Iranian families.

They also continued to cover the recent allegations against the Municipality of Tehran and its illegal sale of houses to certain individuals in high discounts. 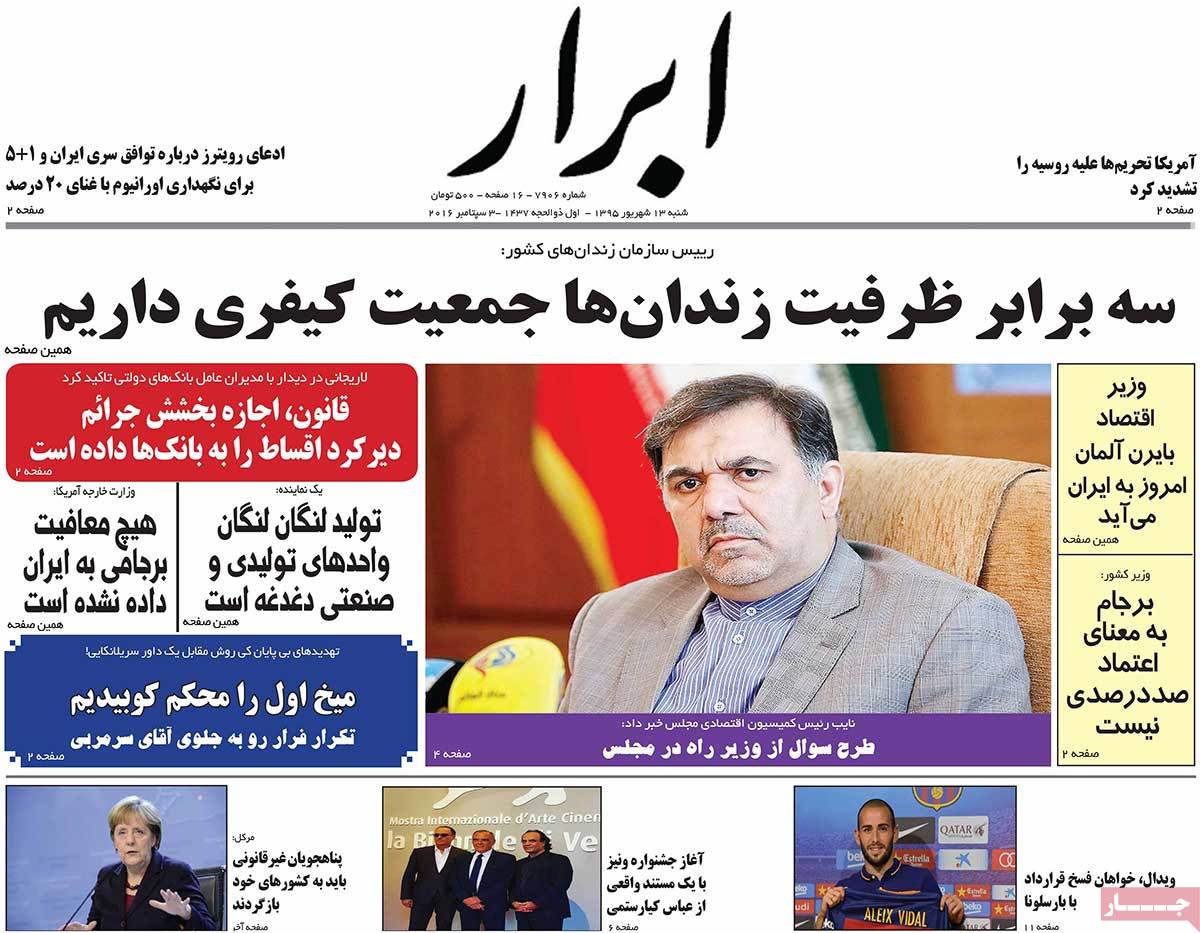 2- Qalibaf and Ahmadinejad Will Both Run for Presidency Next Year: Conservative Figure 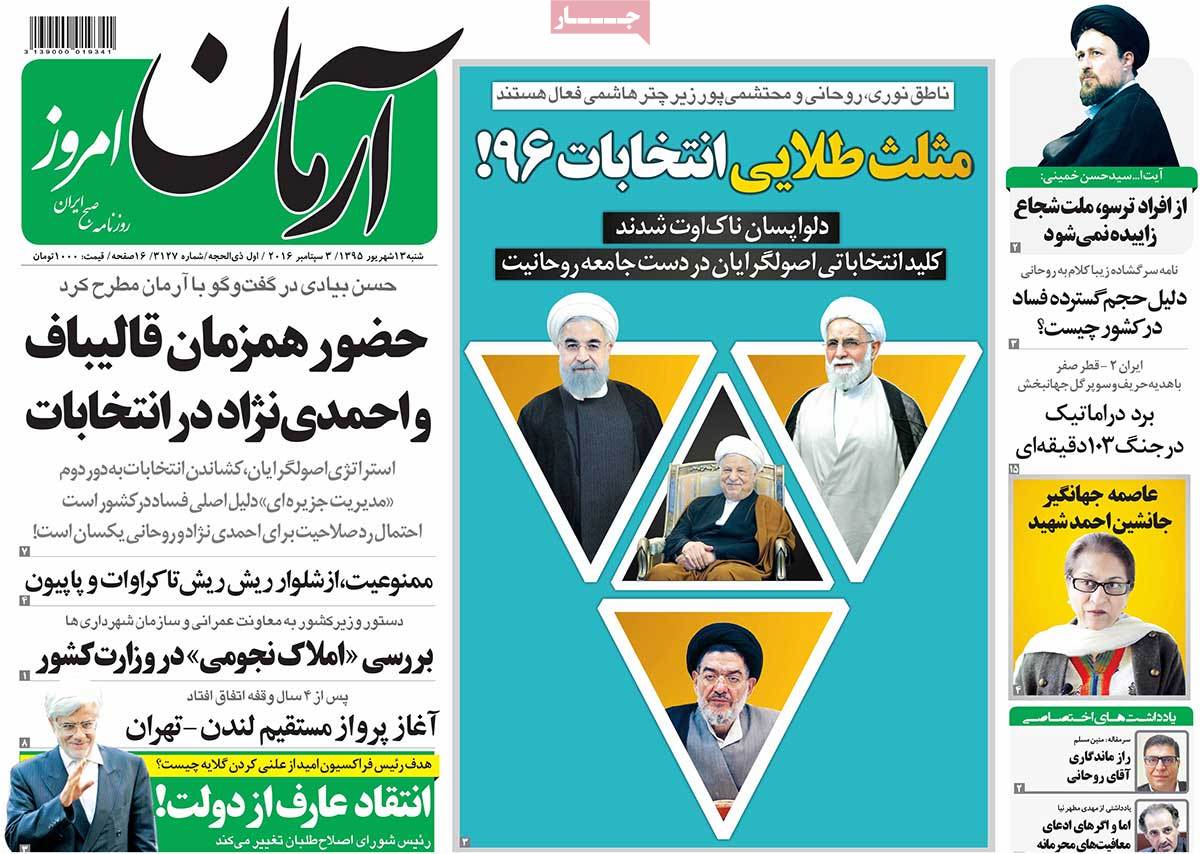 3- Putin: Iran’s Oil Production Shouldn’t Be as Much as It Was under Sanctions

4- Hajj Official: We Don’t Want Hajj Pilgrimage to Be Cancelled Next Years Too 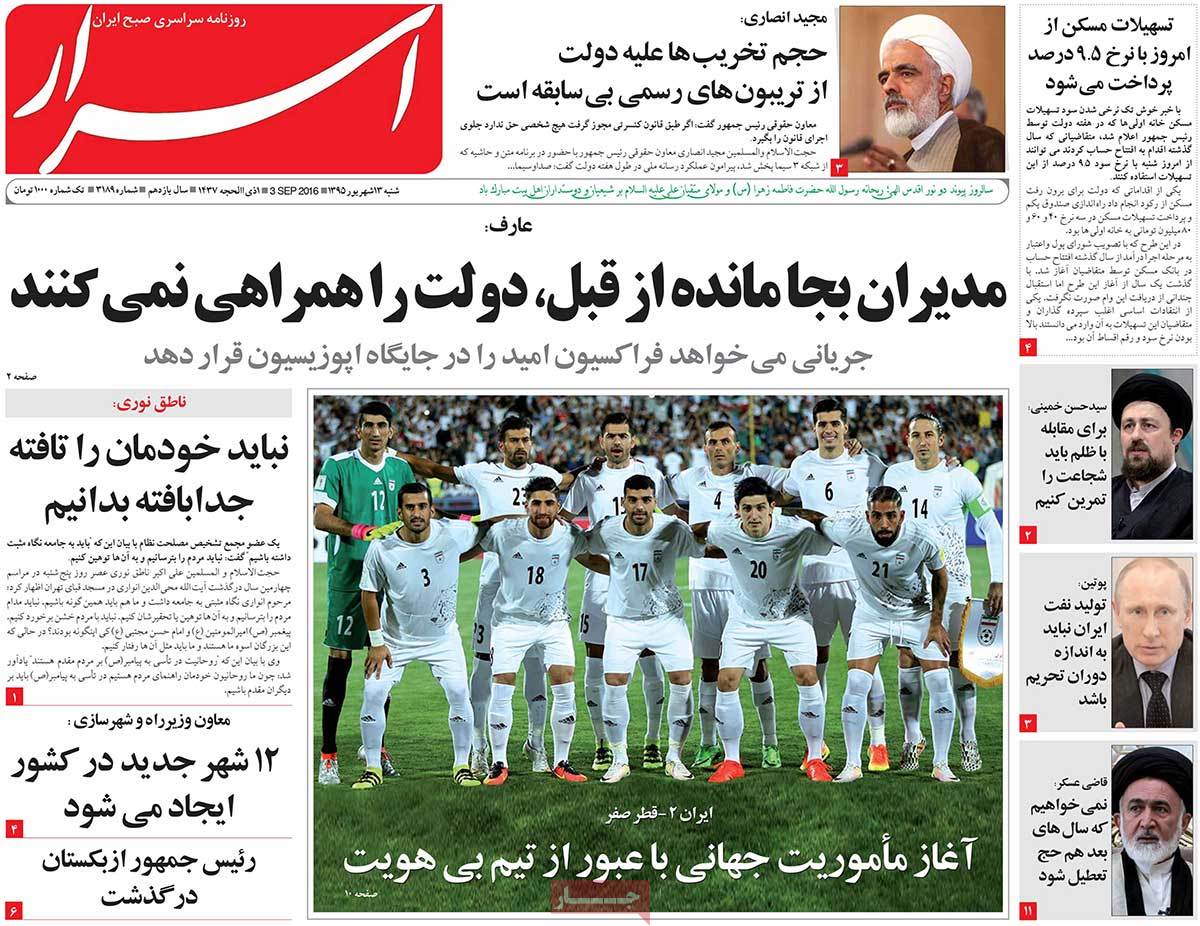 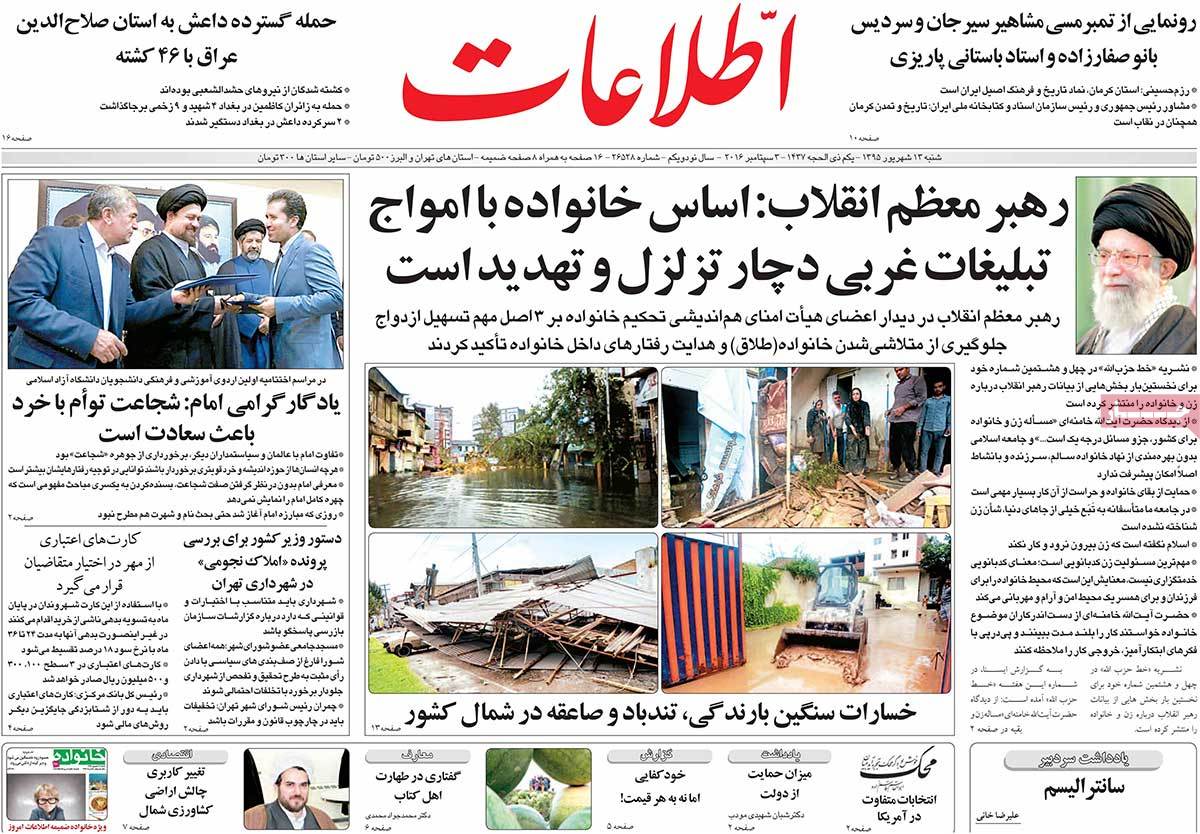 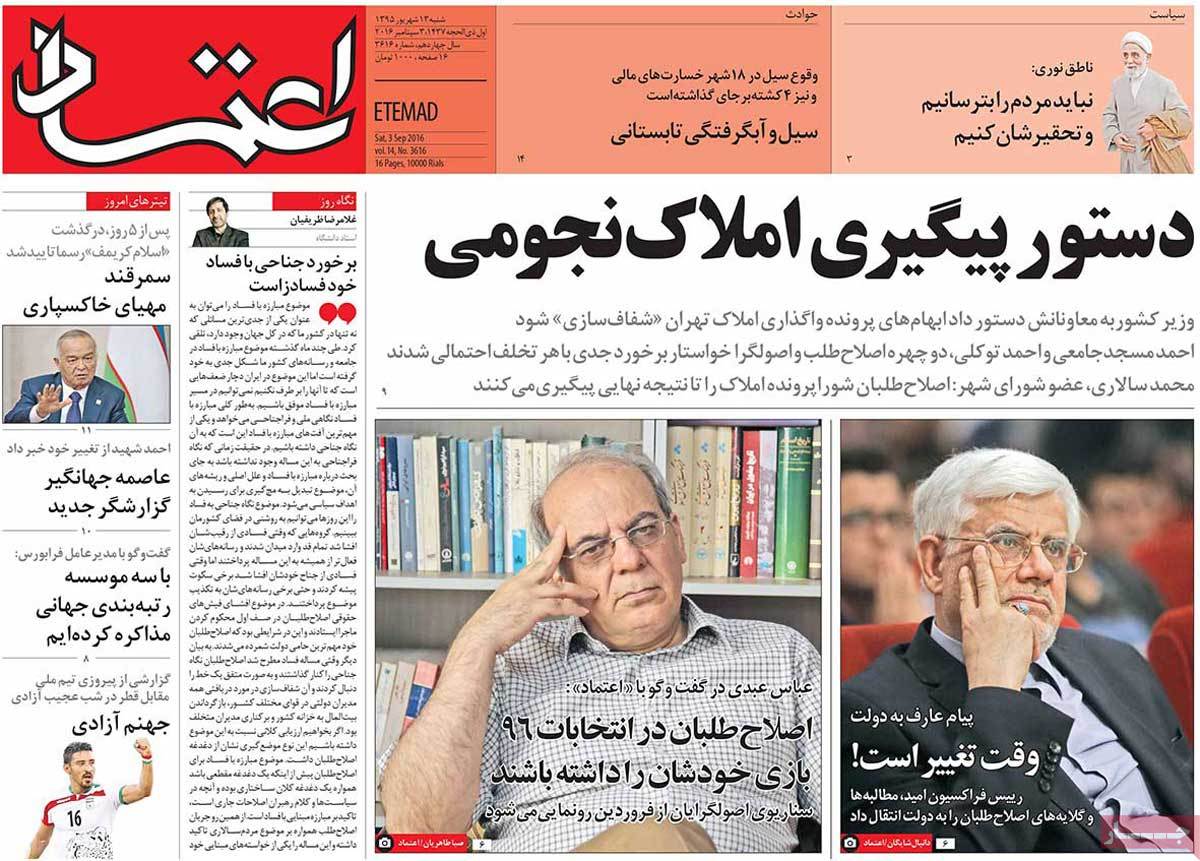 1- Department of Environment: 18 Types of Car Banned from Official Registration

3- Iran and Poland to Cooperate in Field of Health 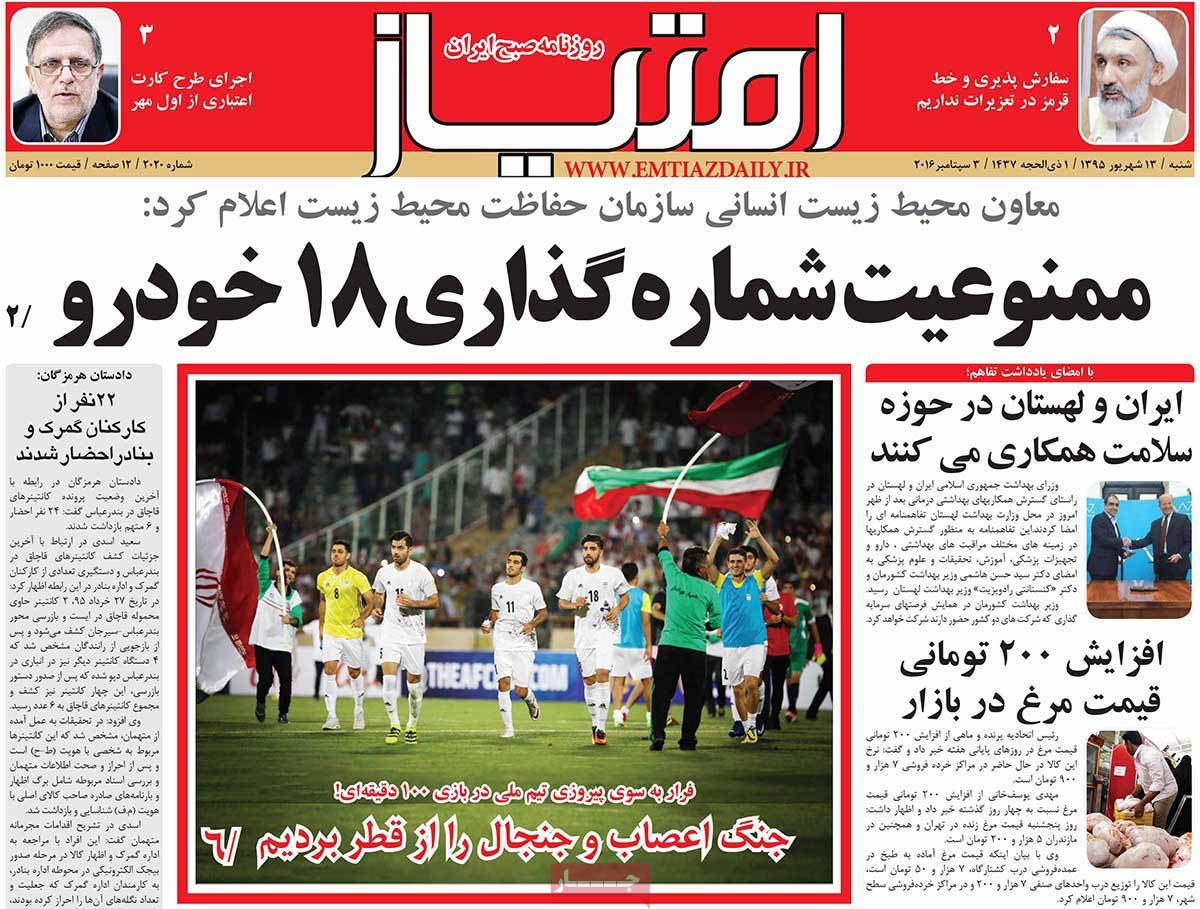 1- AEOI Chief: 2 New Nuclear Power Plants to Be Built in Bushehr as of September 10 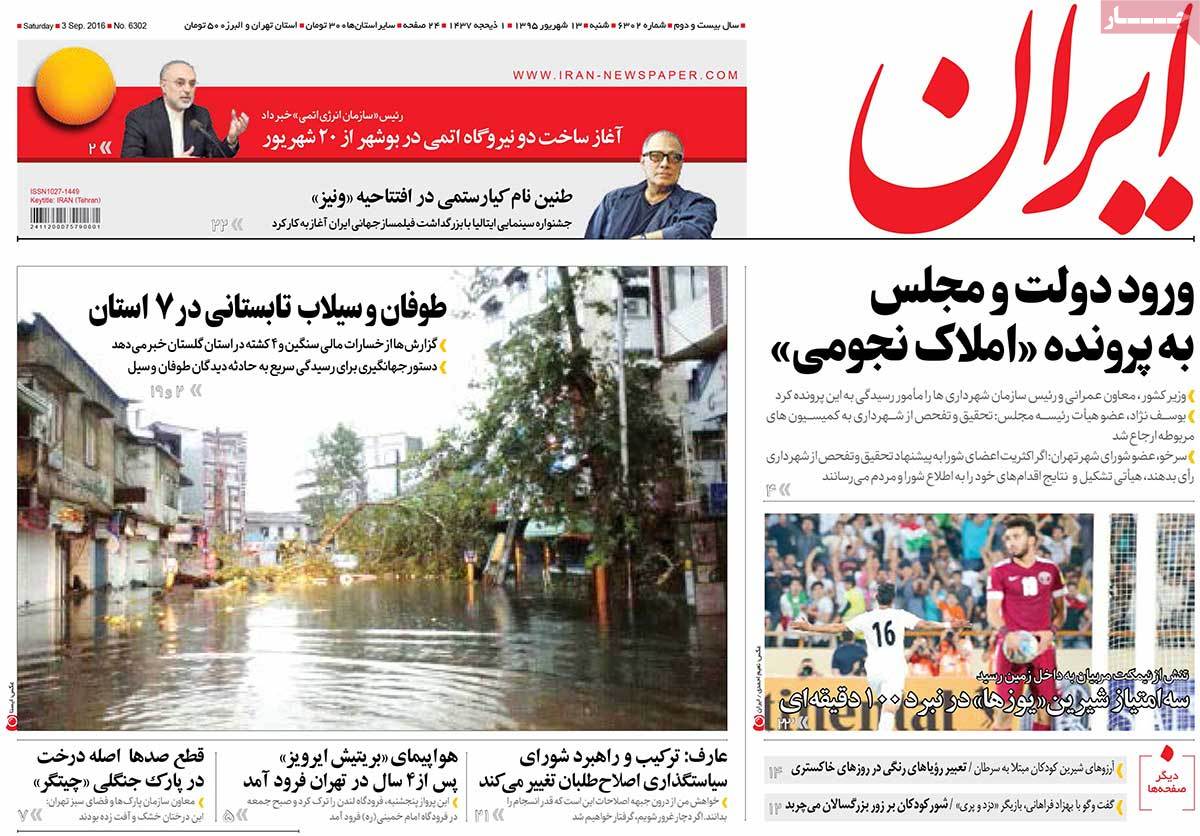 2- A Report on Entry of over $7bn Smuggled Goods through Official Routes: Goods Smuggled through Customs Office 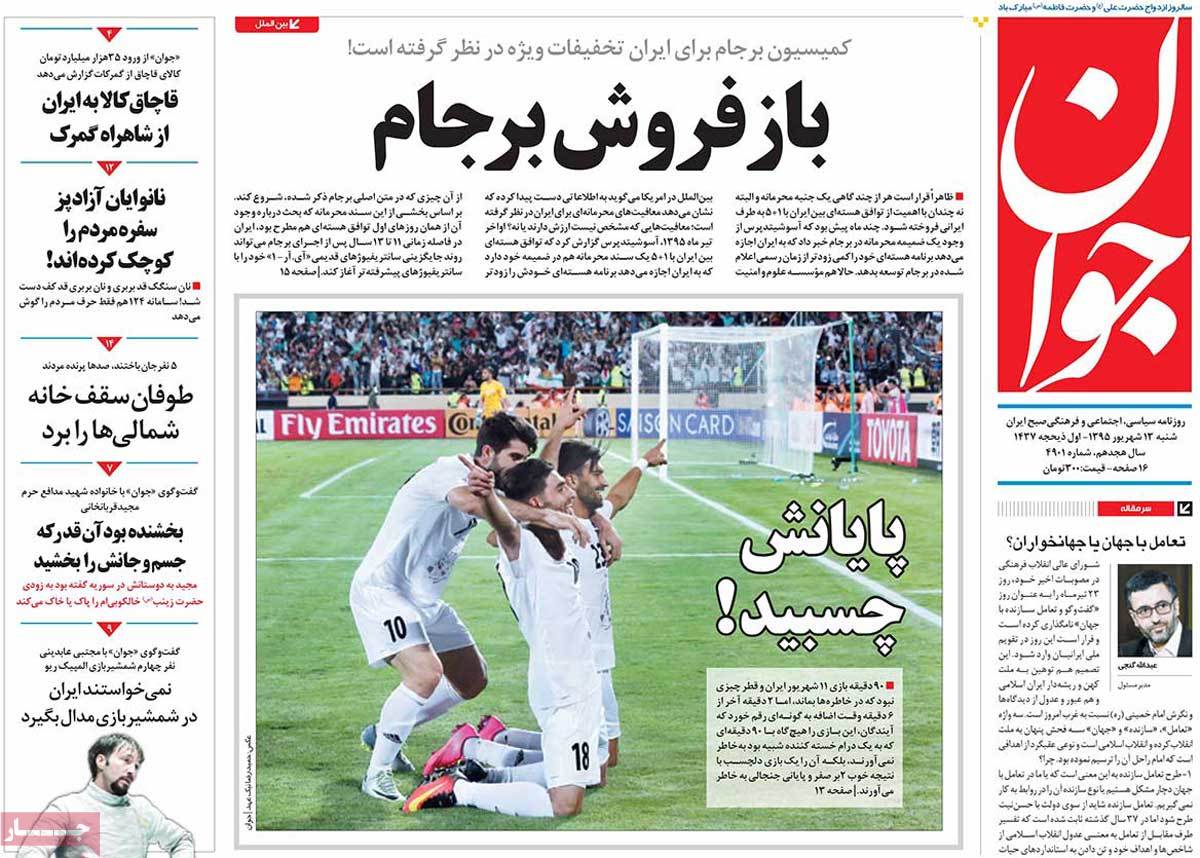 4- Erdogan: Turkey Looking for a Safe Zone in Northern Syria 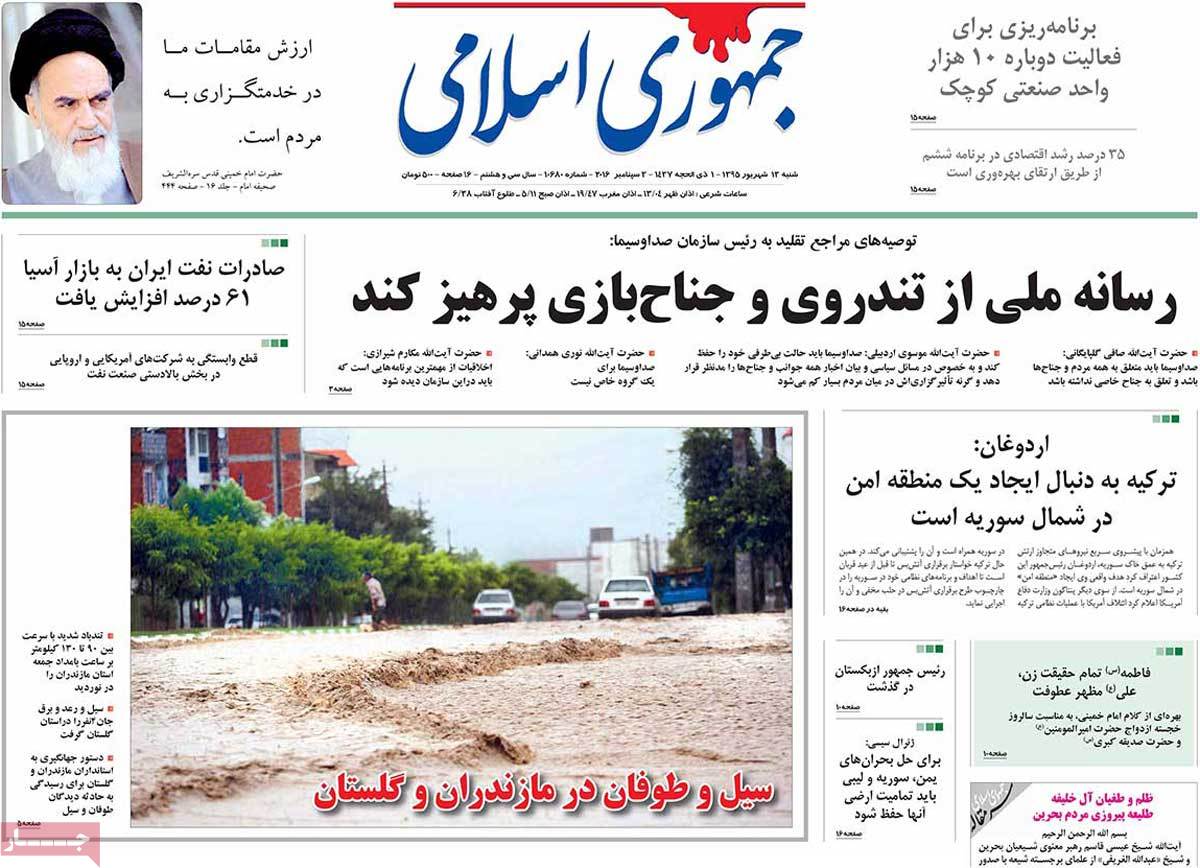 1- Brave People Not Born from Coward Ones: Imam Khomeini’s Grandson

3- 66 Projects to Be Implemented in Iran through Foreign Investment 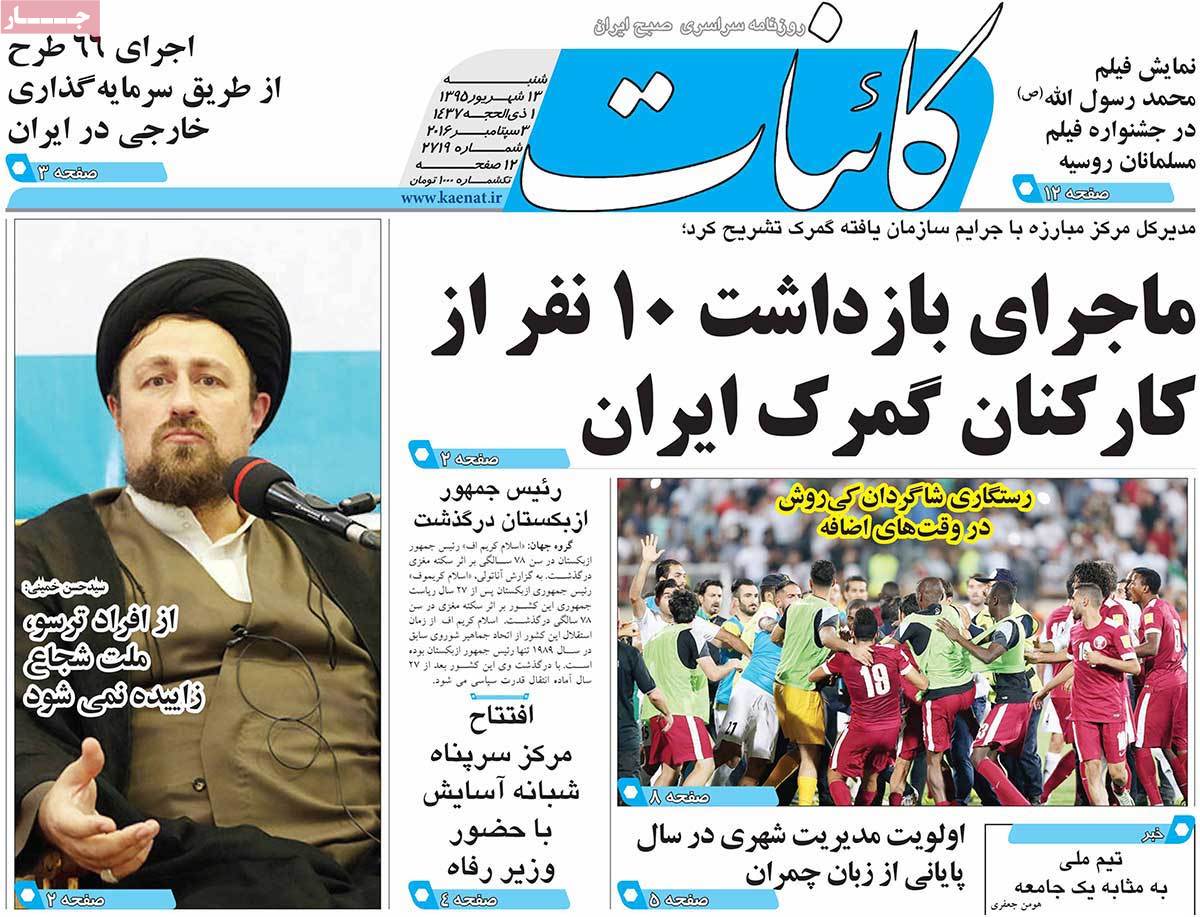 1- Domestic Banks Start Imposing Sanctions on Themselves in a Bid to Implement FATF!

3- Zarif: Removal of Sanctions Was Not Main Purpose of Negotiations

4- Revealed after 60 Years: France Claimed Tens of Thousands of Lives in Algeria through 17 Nuclear Tests 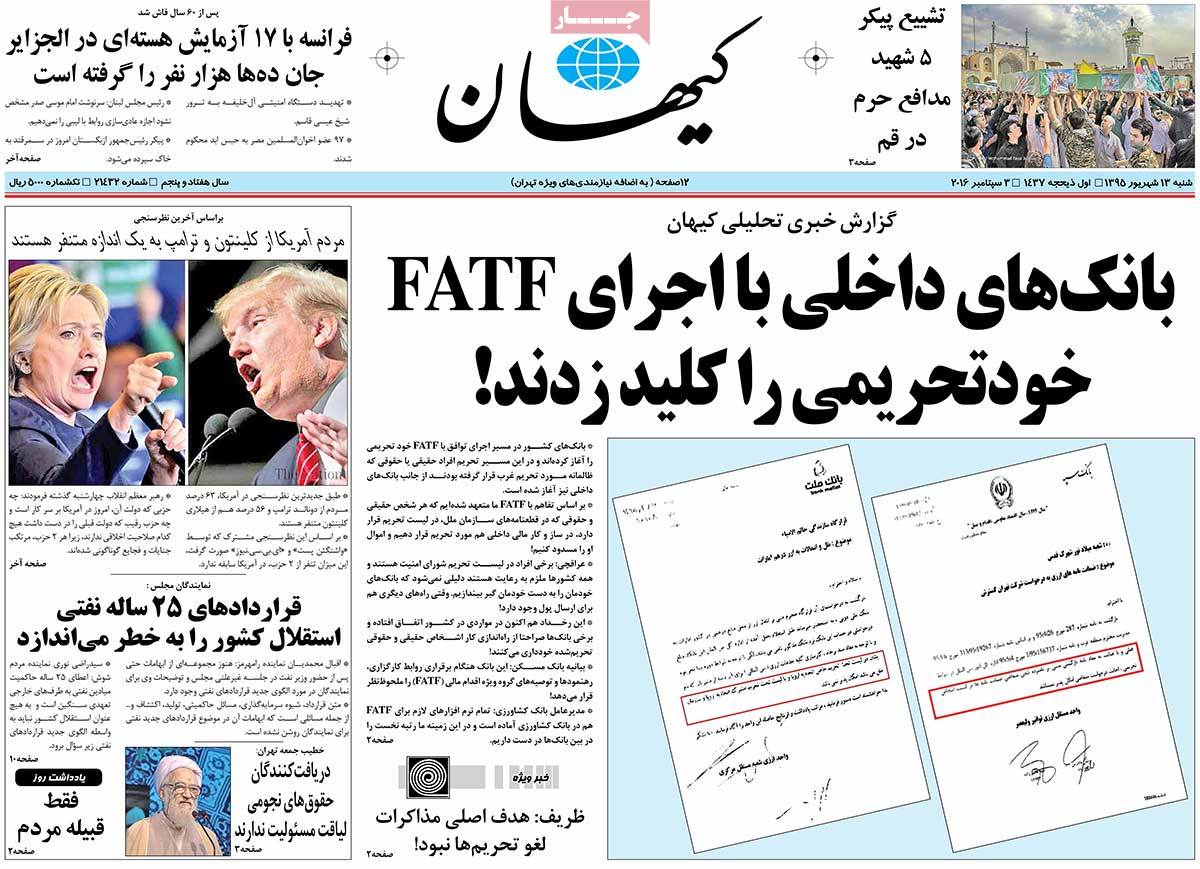 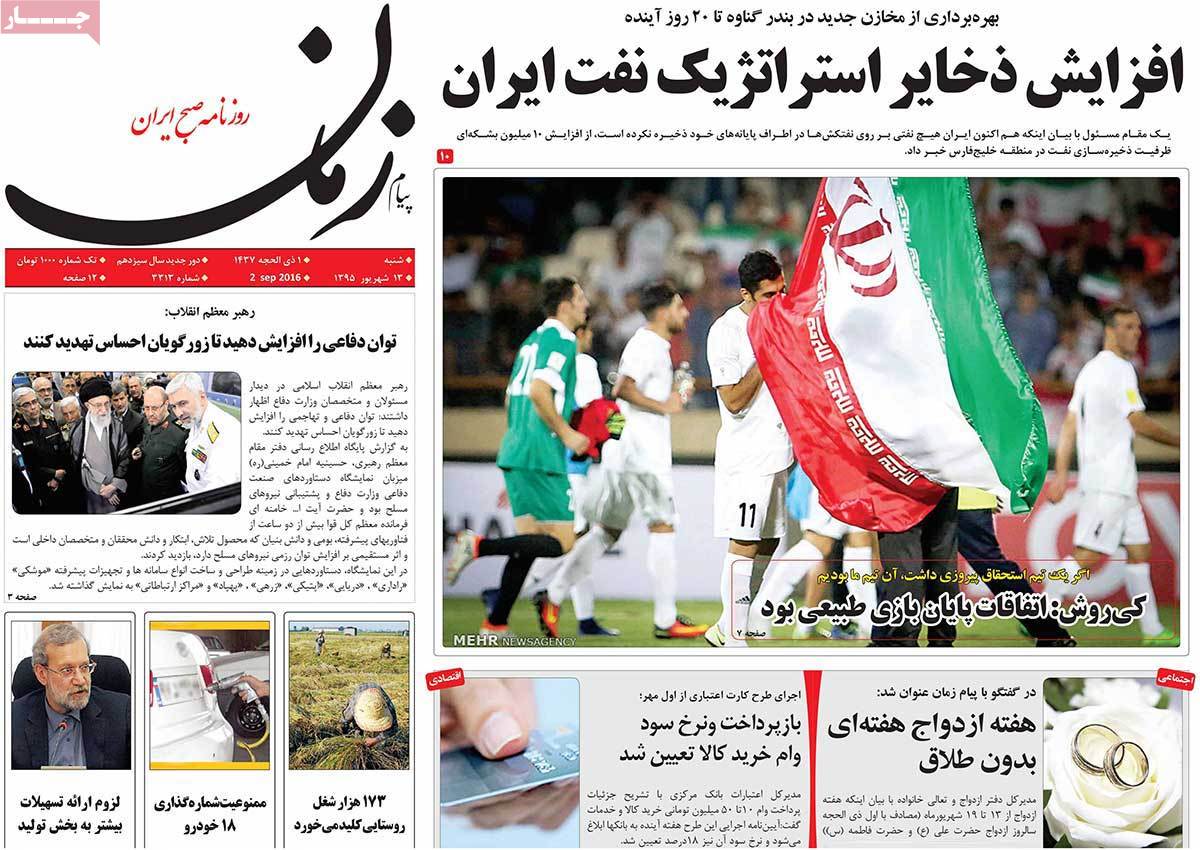 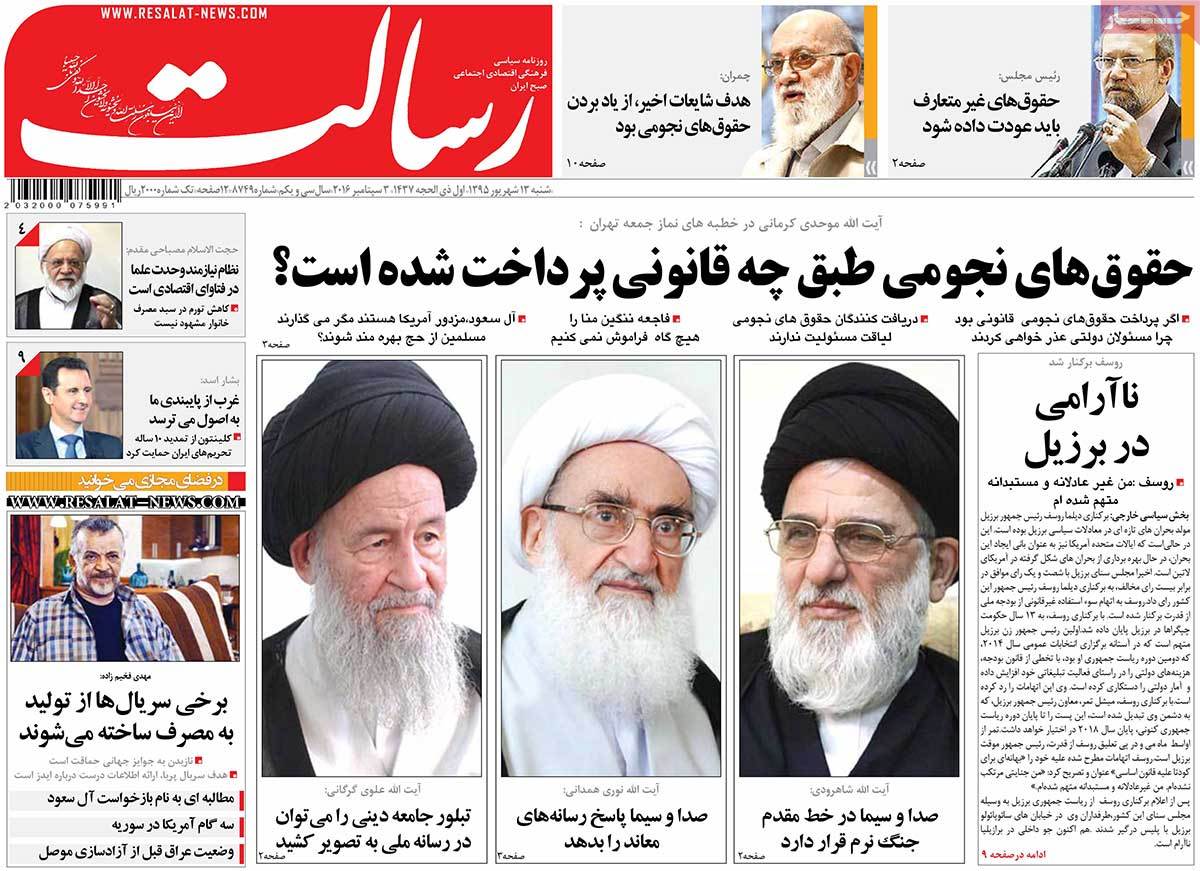 2- Imminent Extinction of Cheetahs: A Report on Asiatic Cheetah and Other Endangered Species of Cheetahs 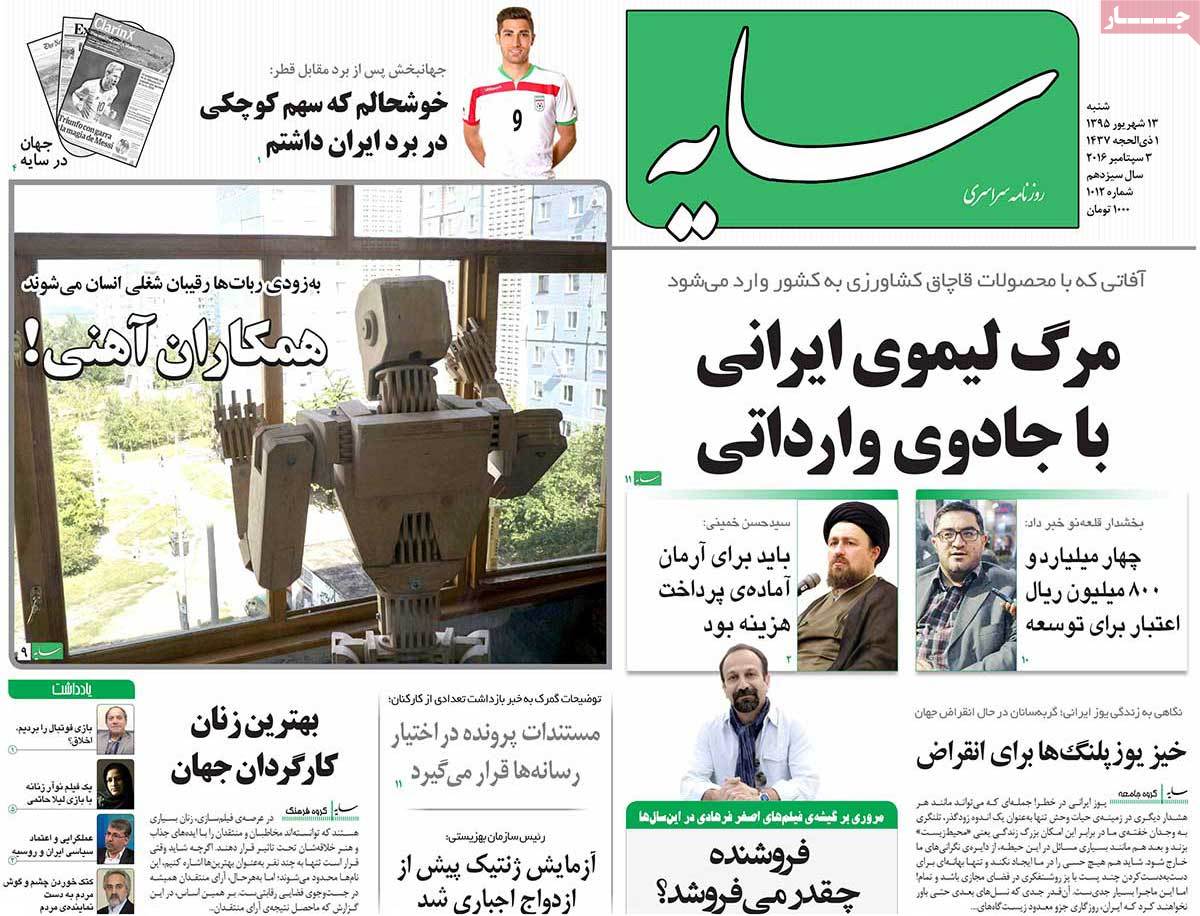 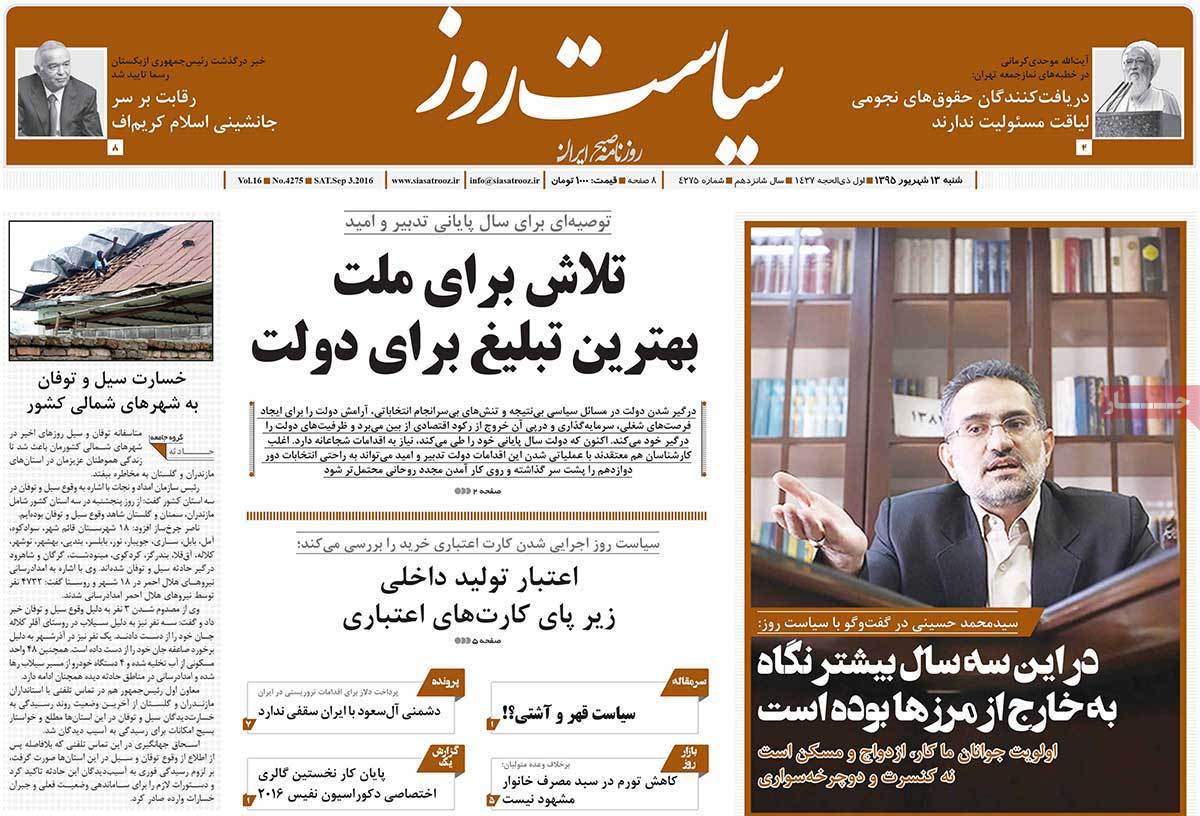 1- 12 Cities to Be Added to Iran’s Map in a Move to Modify Models of Living in Cities and Appropriate Distribution of Population in Iran: Majority of New Cities Located in Coast Areas 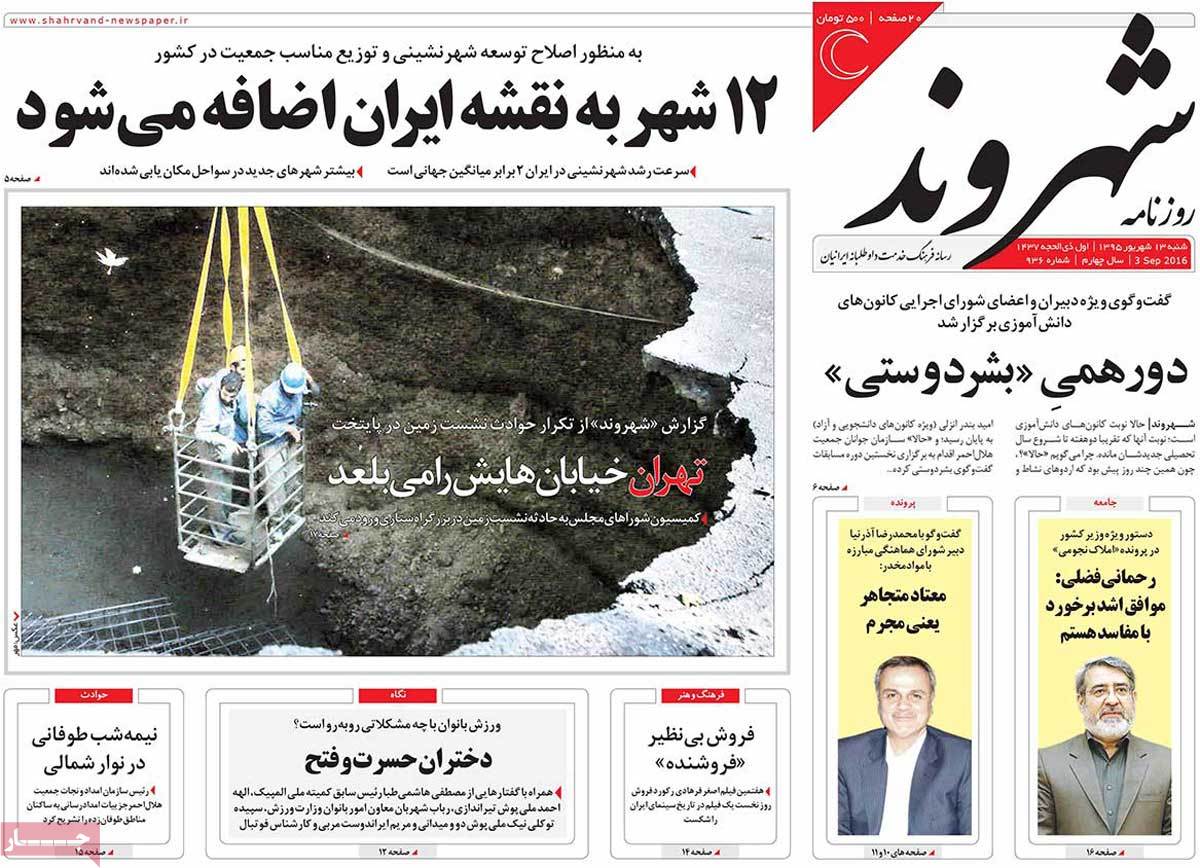 1- 21 MPs Following Up on Municipality Case 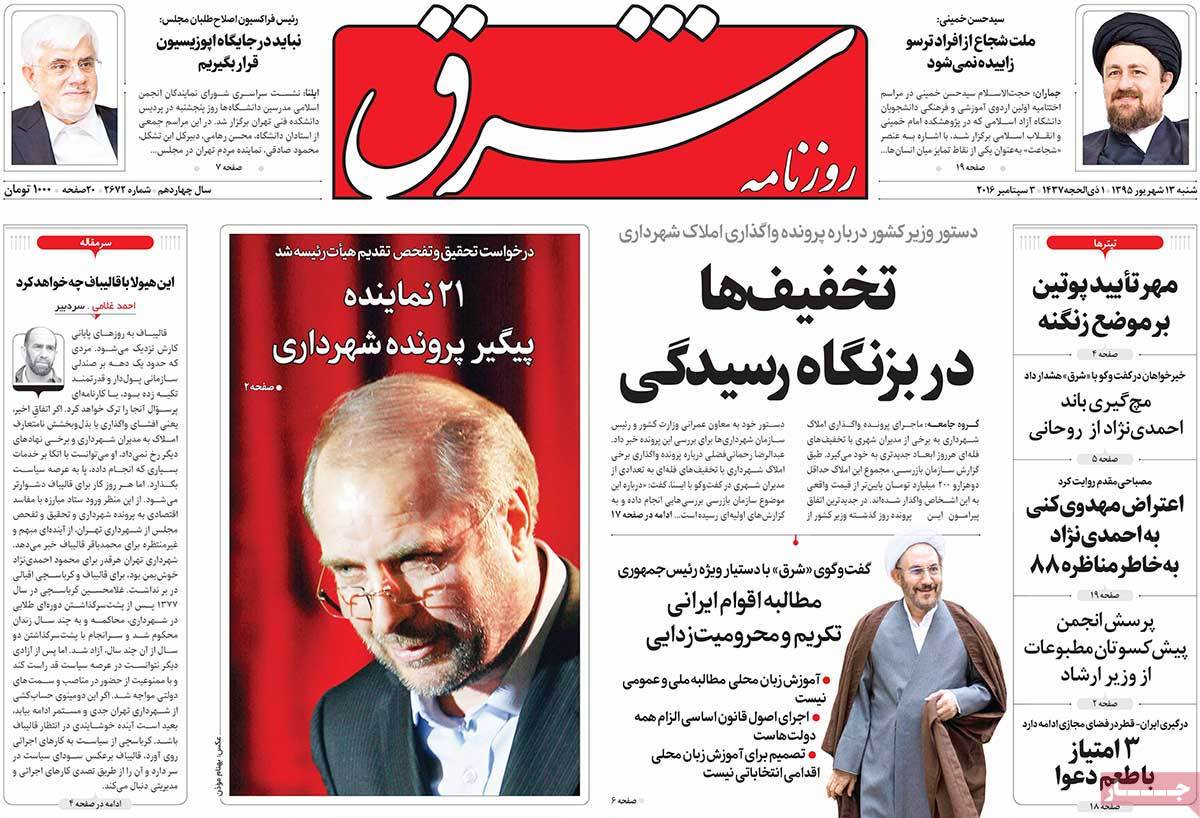