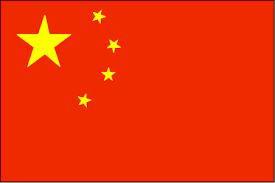 Hangzhou will be witnessing soon the 11th G20 Summit on September 4-6, 2016 under the auspices of the Chinese Government as the rotating Presidency of the G20 in 2016. Apparently world is currently suffering from a twin problem, i.e. a prolonged global economic recession, what some people may call it: “Secular stagnation” which is believed to be around for quite a long period of time and caused by the repercussions of the 2008 World Financial Crisis; and an intensifying geopolitical conflict, instigated by a blend of complicated economic and political factors.

Against this messy backdrop, China is expected to play its role in the capacity of the world’s second biggest economy and its largest trader and takes the lead on reaching a credible coordination among major economies towards pushing for a global innovative growth strategy so that while current economic menace would be highly mitigated, a gradual move towards “building new global relationships” could gain momentum and reasons for instigating geopolitical divide around the globe would disappear. This is indeed what structurally G20 has been designed for. That is solely focusing on repairing world’s financial and economic governance profile without engaging in geopolitical disturbances.

However, things might not go on as rosy as expected. The Global Times reported on August 17, 2016: “Hype is swirling among foreign media that some countries will raise the South China Sea disputes during the Summit in September.”

The fact of the matter is that even if this perceived speculation does not materialize, the twin nature of the problem of the global governance under the current circumstances as mentioned at the outset makes it impossible to avoid geopolitical considerations. This could not be better explained than by referring to what debated in the recent T20 Summit in Beijing on 28-29 July 2016.

One can assert that in an abstract overview there, participating scholars were fallen under either of the two following categories: Either represented by Westerners or dependents of the dominant multilateral organizations, those who were pushing for world’s economic structural reforms, industrial transformation and sustainable development through heavily relying on new energies, new materials, biosciences, etc., or represented by mostly East Asian Scholars, those who were confused by the recent developments in the US Presidential elections, Brexit vote, failed military coup in Turkey and ASEAN’s divide on the South China Sea ruling, etc., hence mindful of further geopolitical repercussions on the global economic and financial governance.

It is true that China is trying to capitalize on “Functional integration” in Parag Khanna’s terminology, as a geopolitical tool deployed for the economic development service and hopes to eliminate this way the chance of rising geopolitical conflicts via “One Belt One Road” and “AIIB” initiatives and the like, nevertheless, for these projects to gain momentum and sell easily, China needs to maintain a balance on three following aspects:

An expectation balance: Apparently world’s coordination status quo has changed since the first G20 Summit in 2008. The Chinese leaders might be impressed by recalling the nice telephone conversation that President George W. Bush made in 2008 to ask President Hu Jintao’s opinion on holding a G20 meeting. However, this memory is now totally belonging to the past. Not only mutual trust is in deep deficit now between the US and China, but also it is quite plausible if one assumes a “reversal trend” in “the 1985 East-West, North-South” formulation of Deng Xiaoping even if latently. More often than not some Americans think that “coordination” is the pure outcome of having “strong leadership” and forget the role of “goodwill” as a prerequisite for the coordination to render sustainable and fruitful.

A mindset balance: China needs to maintain a balance in its mindset as being a “developing country” versus being “the second biggest world’s economy.” To help maintaining this balance, China needs to qualify statements made on its either magnificence or weaknesses. To think why, it suffices to have a look at what was published on September 6, 2014 in New York Times and titled; “Foreign Powers Buy Influence at Think Tanks” and its updated version on August 8, 2016 titling: “Researchers or Corporate Allies? Think Tanks Blur the Line.”

A connectivity balance: The Chinese government defines connectivity between the East Asia and the Middle East through “the One Belt One Road” and “the AIIB” initiatives on a purely economic grounds as a geopolitical instrument. It is helpful. However, one should not forget the geopolitical and cultural connectivity in this context. A balanced approach in this regard through accumulated logic of integration will better position China to play its role as a global responsible player and move towards building new global relationships. Otherwise, persistent conflict in the South China Sea will push China back to its historical past as a stationed civilization with persistent and prolonged vulnerabilities.

This article was written by Ali Biniaz for Iran Review on Sep 02, 2016. Ali Biniaz is PhD in Economics, IPIS Representative and First Counselor for Research, Embassy of the Islamic Republic of Iran in Beijing.