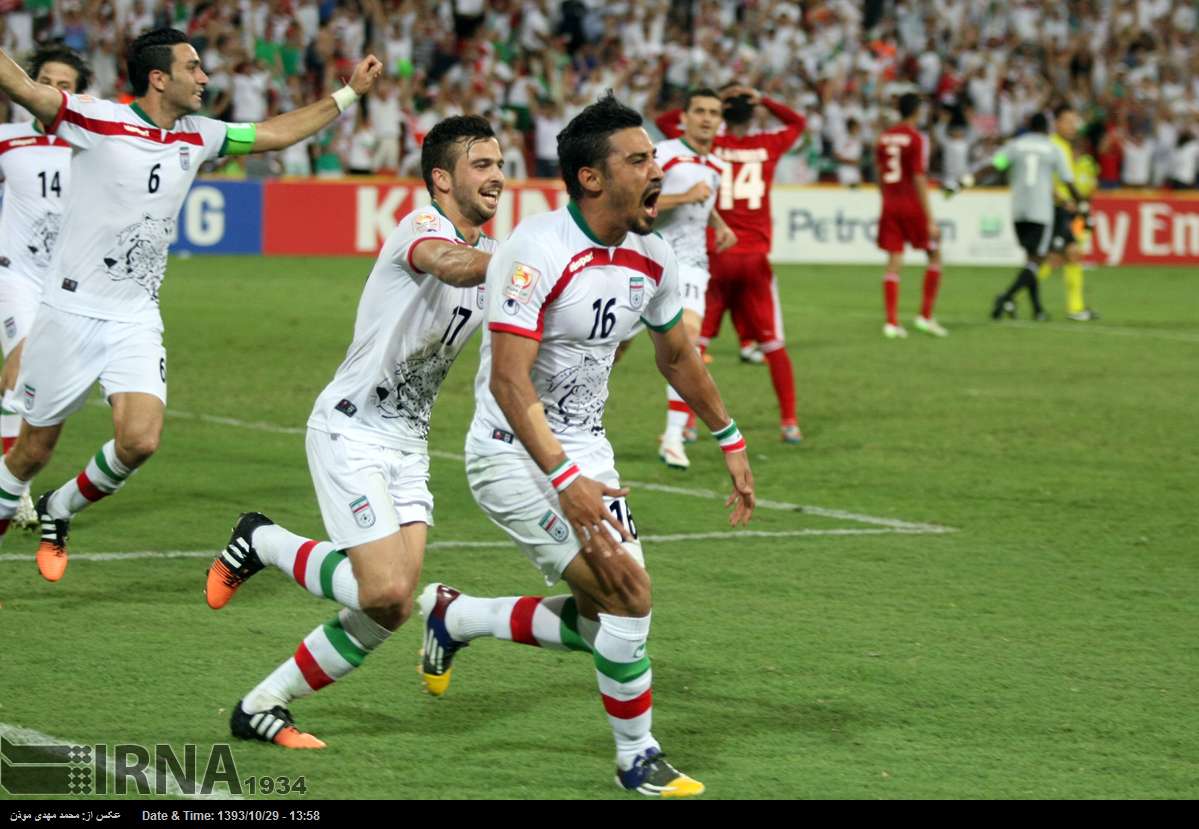 Iran’s national football team, also known as Team Melli, has achieved a surprise victory over Qatar in its opening match at the third round of the 2018 FIFA World Cup qualification tournament.

On Thursday evening, Iranian footballers exhibited an anemic display for most part of the first half of the Group A fixture played at the Azadi Stadium in the western part of the Iranian capital Tehran.

Qatari footballers went close to scoring the opener in the 11th minute of the period, when 32-year-old forward Andrés Sebastián Soria Quintana unleashed a shot towards Iran’s goal.

Team Melli’s goalkeeper Alireza Beiranvand, however, collected the ball with a smart save and eliminated the Maroons’ chance.

In the 21st minute, the referee disallowed Qatar’s goal because the Arab team’s player Soria had been in the offside position.

Iranian footballers took up a favorable opportunity minutes later, and midfielder Alireza Jahanbakhsh dribbled a Qatar player to penetrate the penalty area. Jahanbakhsh then hit a shot, which flew over the bar.

Iran’s Ashkan Dejagah received a yellow card in the 38th minute after the referee called a foul on a Qatari footballer.

The rest of the first half was a particularly drab affair with both sides unable to find the net and score a goal.

After the break, Iranian footballers played with more vigor and valor, and were awarded a corner in the 52nd minute. Jahanbakhsh, though, missed it and the ball went out of the bounds.

The Maroons picked up a coroner shortly afterwards, but Iranian defenders managed to clear the shot.

Iran’s talisman striker Sardar Azmoun ran the ball towards the visitors’ goal in the 60th minute but failed to pose a serious threat and relief swept over the Qatari team.

Iranian forward Reza Ghoochannejhad placed the ball at the back of the opponents’ net in the 94th minute to send the hosts on their way to an overtime win.

There was subsequently a mass brawl between both sets of players, with Qatar’s head coach José Daniel Carreño storming the field and hollering at Iranian players and sports officials.

Enraged 53-year-old El Crespo was ultimately led off the pitch, and the game resumed after a minutes-long stoppage.

The straw that broke the camel’s back for Qatar, and electrified curly Carreño came in the 100th minute, when Jahanbakhsh doubled Iran’s lead.

The Islamic Republic of Iran is pitted against South Korea, Uzbekistan, China, Qatar and Syria in the Group A of the third round of the 2018 FIFA World Cup qualification tournament.