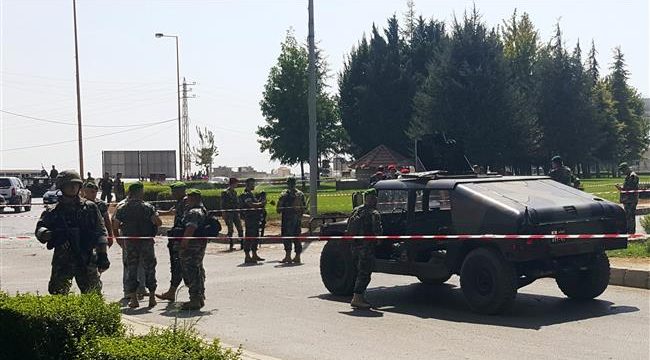 At least one person has been killed and 10 others, including a child, have sustained injuries in a bomb explosion on a road in Lebanon’s eastern Bekaa Valley.

The head of the Lebanese Red Cross, George Kettaneh, said the casualties came after the bombing hit near the city of Zahle, the capital of Bekaa province, on Wednesday.

Local media reported that the victim of the explosion was a woman.

Meanwhile, an unnamed security source told Lebanon’s Daily Star that the explosive device was planted on the Ksara-Saadnayel road close to Zahle’s southern entrance. The source also added that the blast did not appear to target any political figure.

No individual or group has claimed responsibility for the bombing.

Back in June, eight bombers set off their explosives in the northeastern village of Qaa, killing five people and injuring almost 30 others. There has been no claim of responsibility for the deadly bombings, but security officials believe Takfiri Daesh terrorists were behind the attacks.

Lebanon is suffering from the spillover of militancy in neighboring Syria. Terrorists have been active on the Lebanese areas situated close to the Syrian border.

Hezbollah fighters have been assisting Syrian army forces inside Syria and have also fended off several terrorist attacks inside Lebanon.

Since March 2011, Syria has been gripped by deadly militancy it blames on some Western states and their regional allies.

The Takfiri terrorists operating in the Middle Eastern state have suffered major setbacks over the past few months as the Syrian army, backed by allied fighters, has managed to liberate a number of areas.