A Look at Iranian Newspaper Front Pages on August 31

The recent allegations about a scandal in Tehran Municipality remained a top story in many newspapers on Wednesday.

The deployment of S-300 missile defence system and the reactions to the move were also covered by Iranian media today.

The Turkish military invasion of Syrian territories as well as the operations to retake different cities and towns in Yemen, Iraq, and Syria also received good coverage.

Newspapers also covered the premiere of Asghar Farhadi’s latest film, the Salesman, in Iranian cinemas, which started on Wednesday morning and the tickets of the first three days were all sold out.

3- US Worried about Deployment of S-300 in Iran

4- Ben Rhodes: Transfer of S-300 to Iran Not a Violation of UNSC Resolution 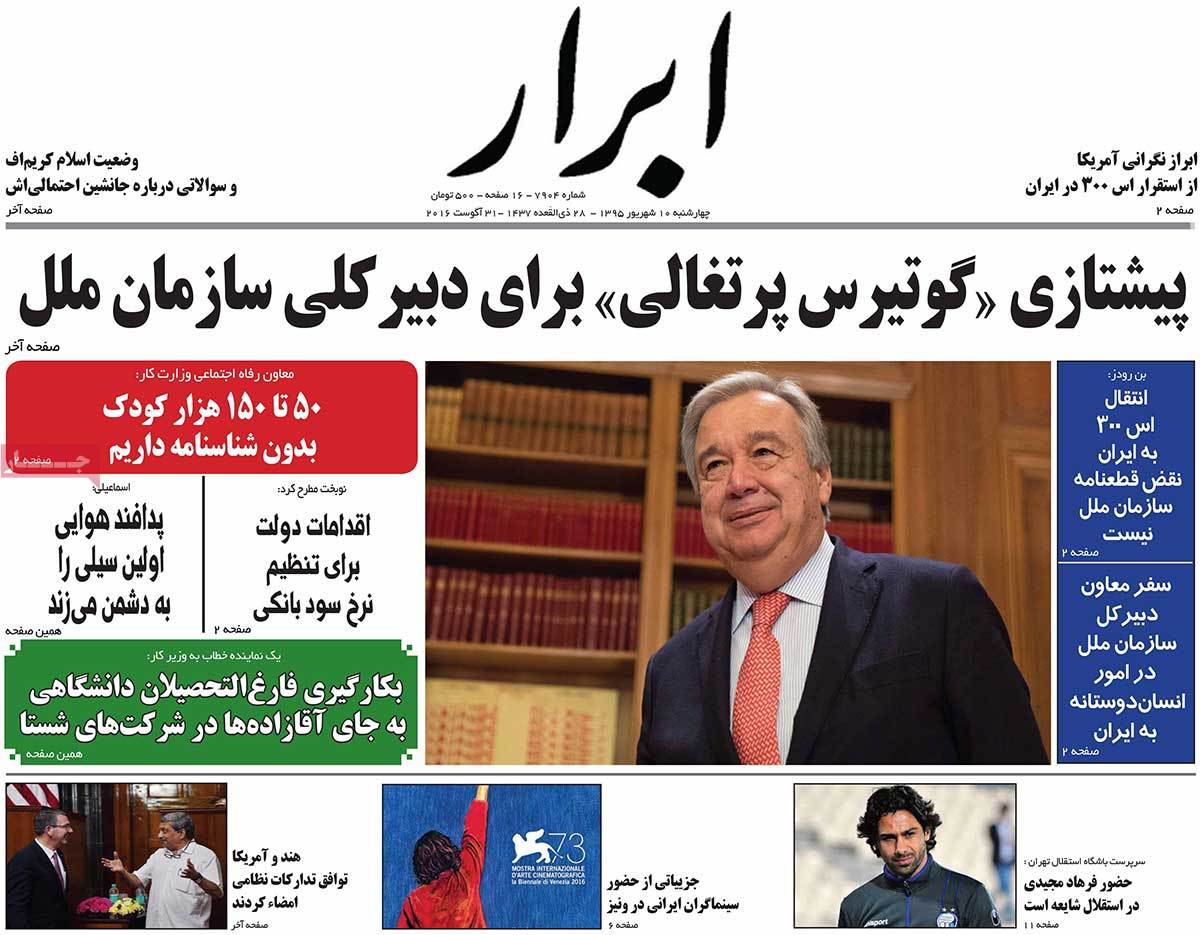 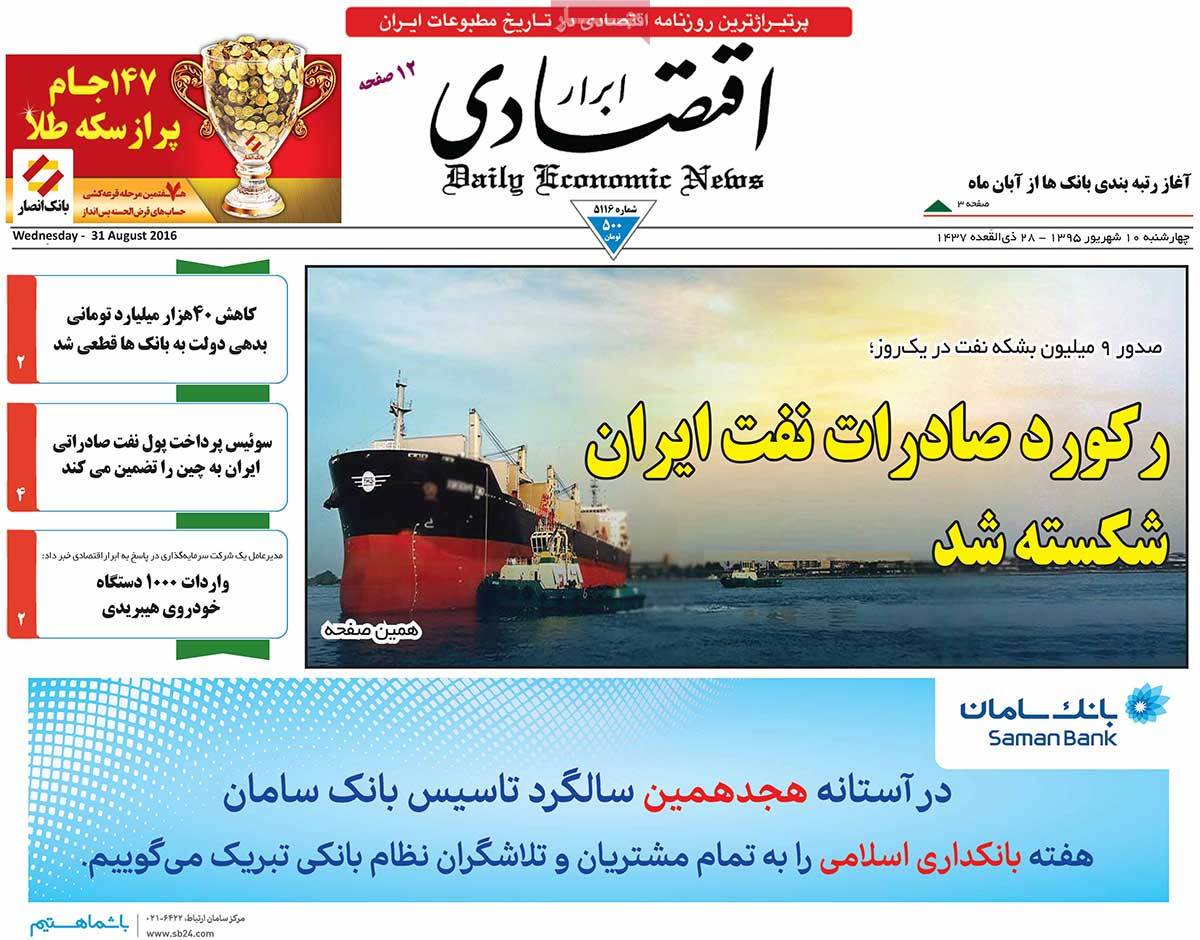 1- It Was a Wrong Decision to Receive Loan from Russia: Analyst

2- VP: Lawsuit Filed against Those Who Insulted President Rouhani

3- MP Who Punched Journalist in the Face Refused to Apologize 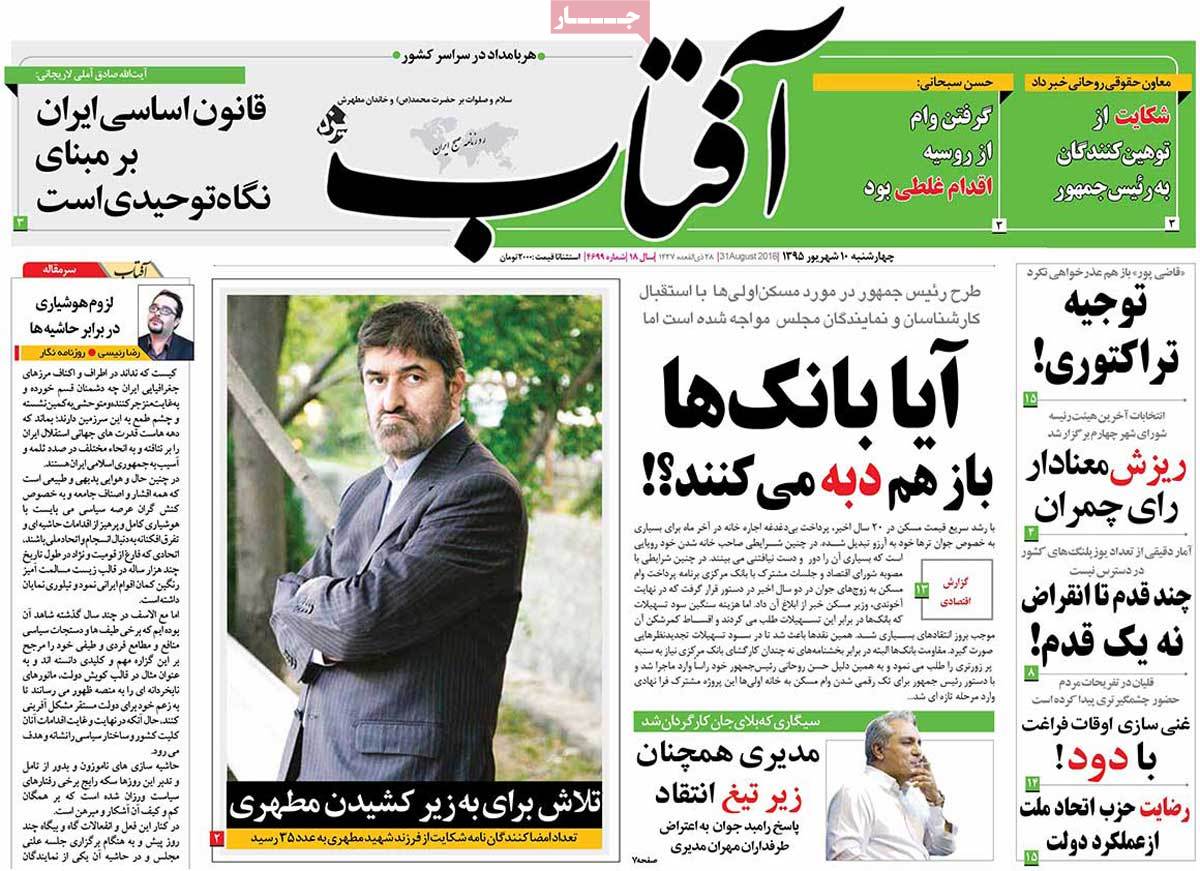 3- City Councillor: People Want Graves in Exchange for Their Houses!

4- 300 Concerts Were Held in Mashhad When I Was in Charge: Former Head of Music Office 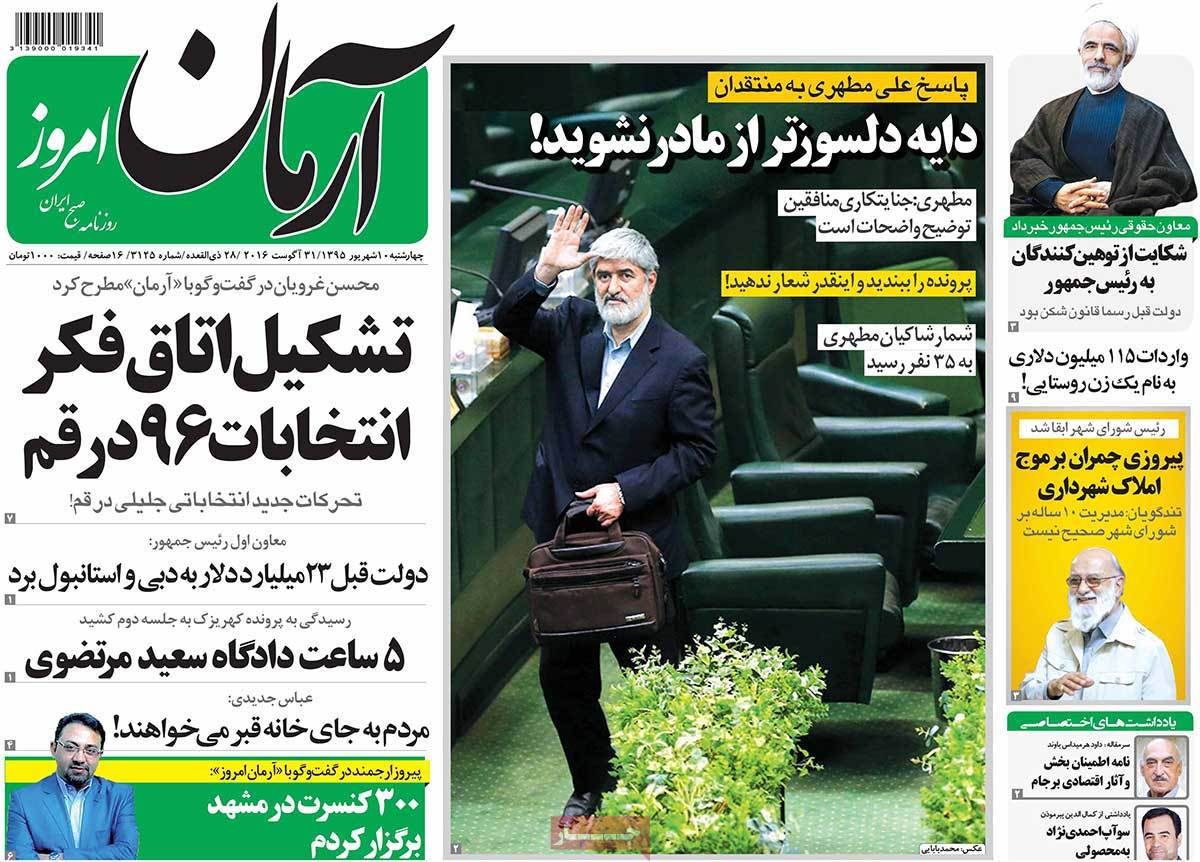 1- A Nuclear Spy Would Never Be Released on Bail: Gov’t Spokesman

2- Air Defence Commander: Our Hands Are on the Triggers

3- Evading the Law Was Institutionalized in Previous Gov’t: VP

6- Government to Pay for over 85% of Infertility Treatment Expenses 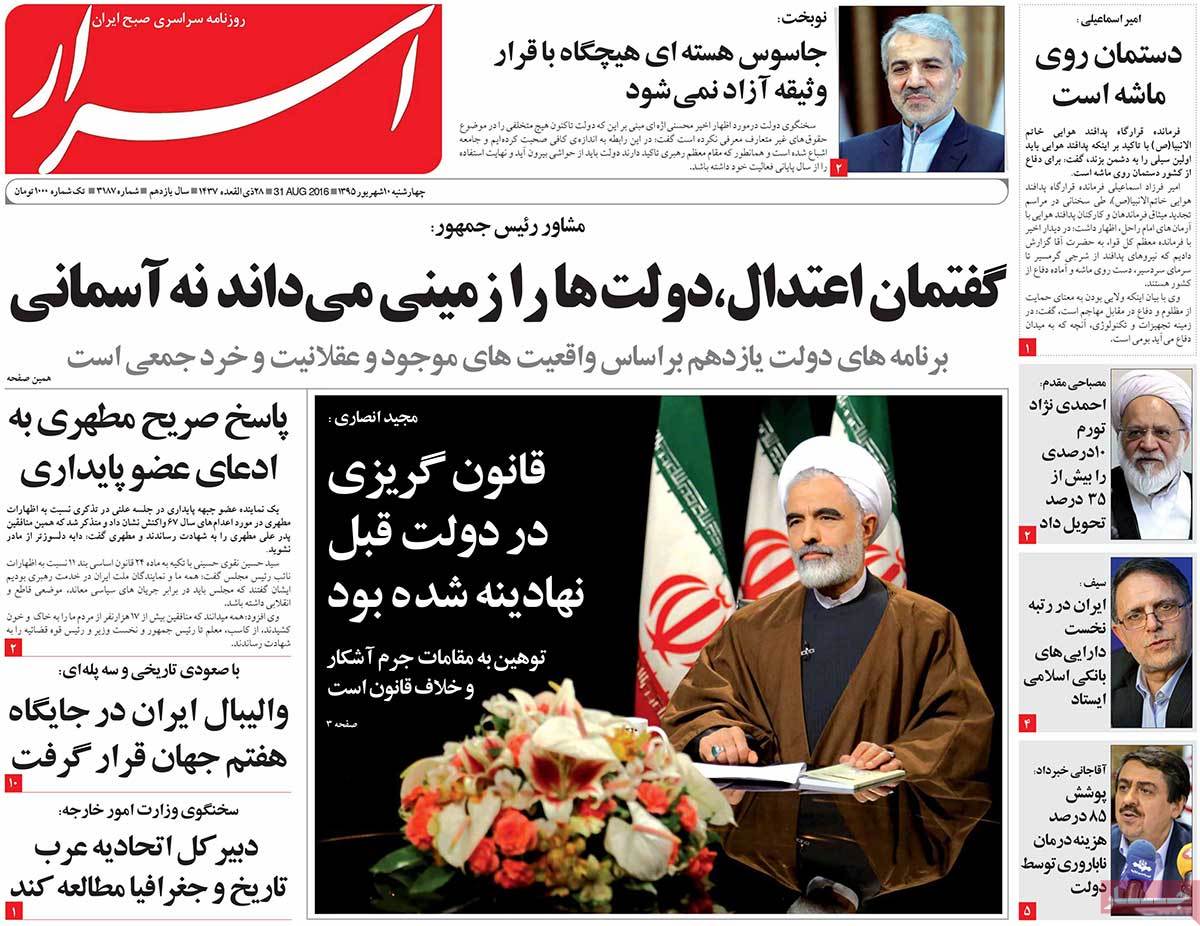 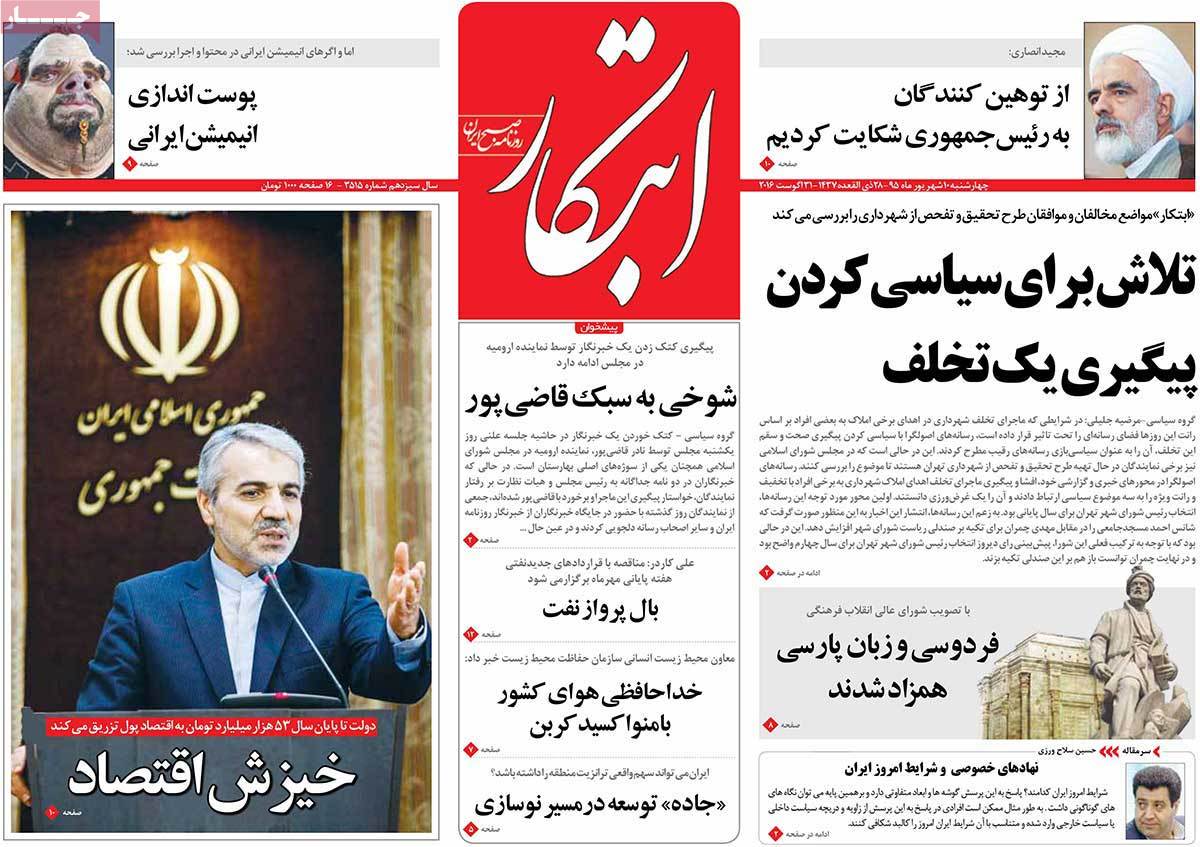 1- Municipality under the Blade of Investigation

3- We Seek to Have Ties with All Latin American Countries, Not Just the Leftists: Official 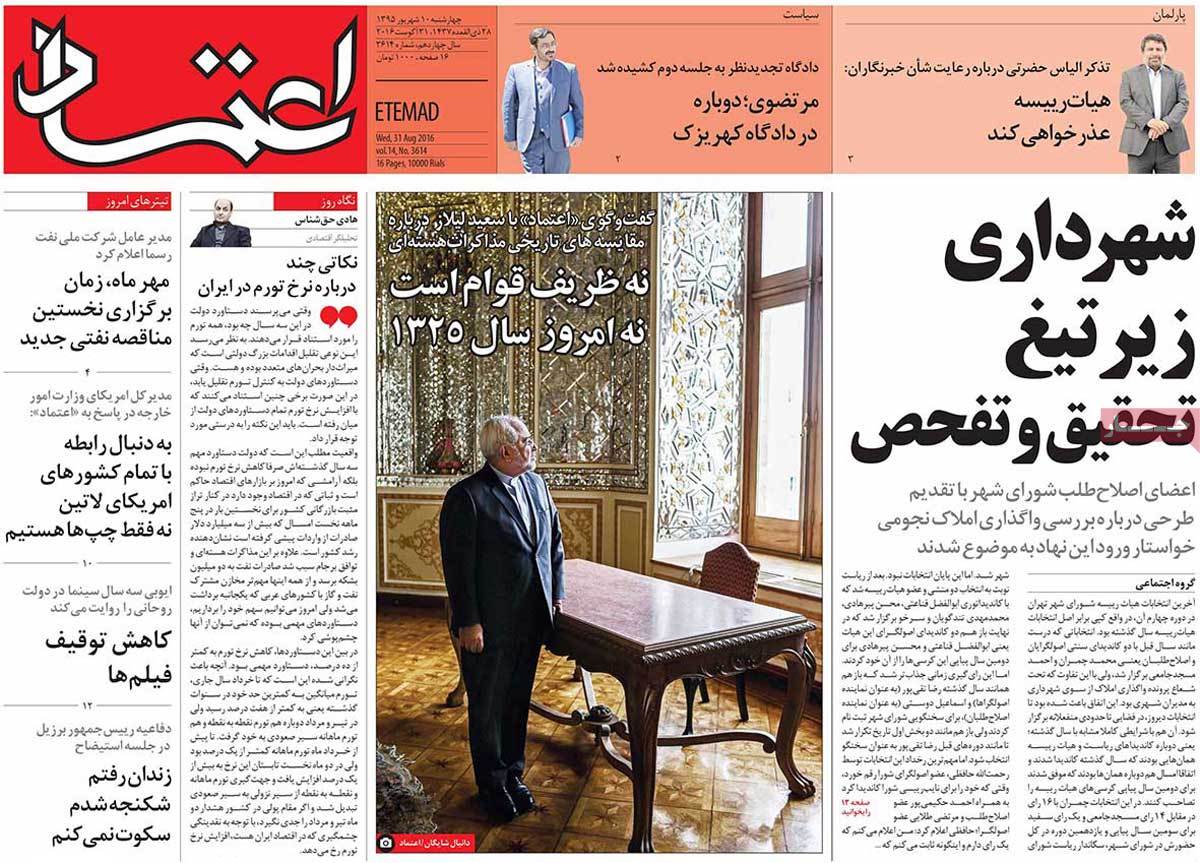 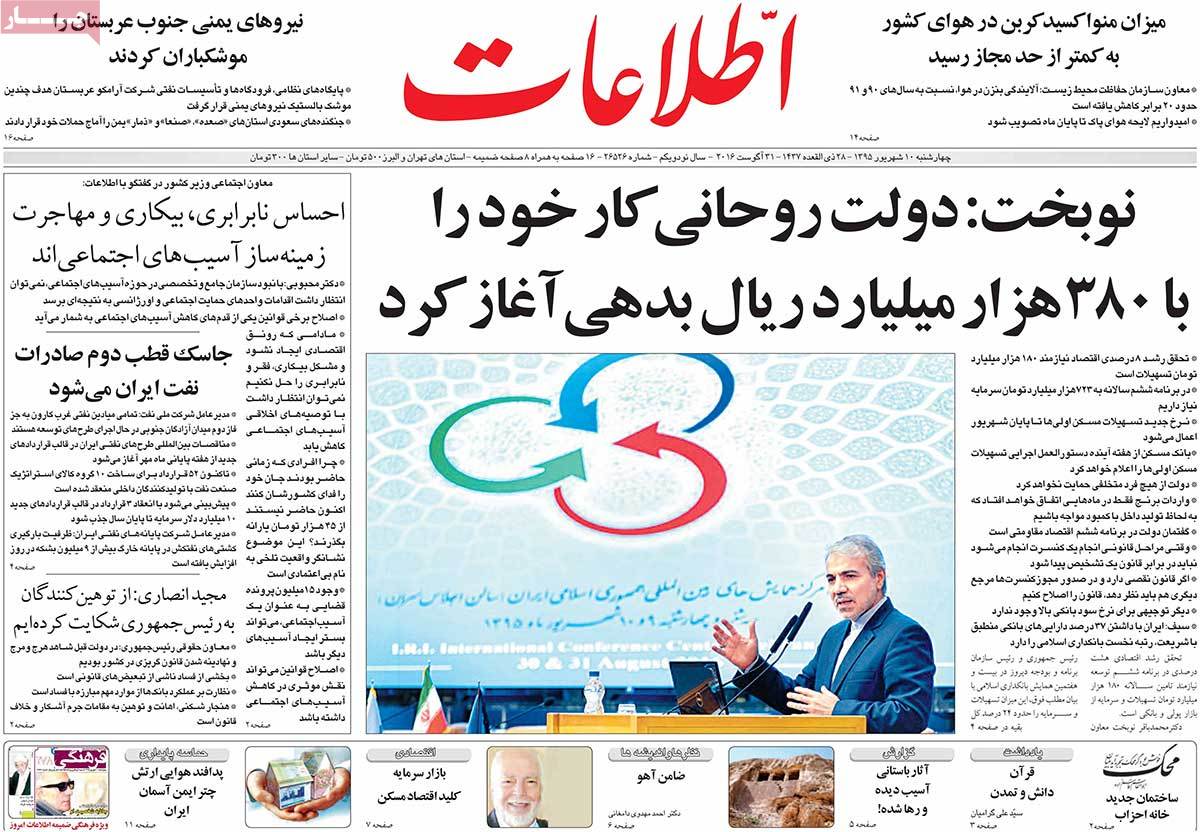 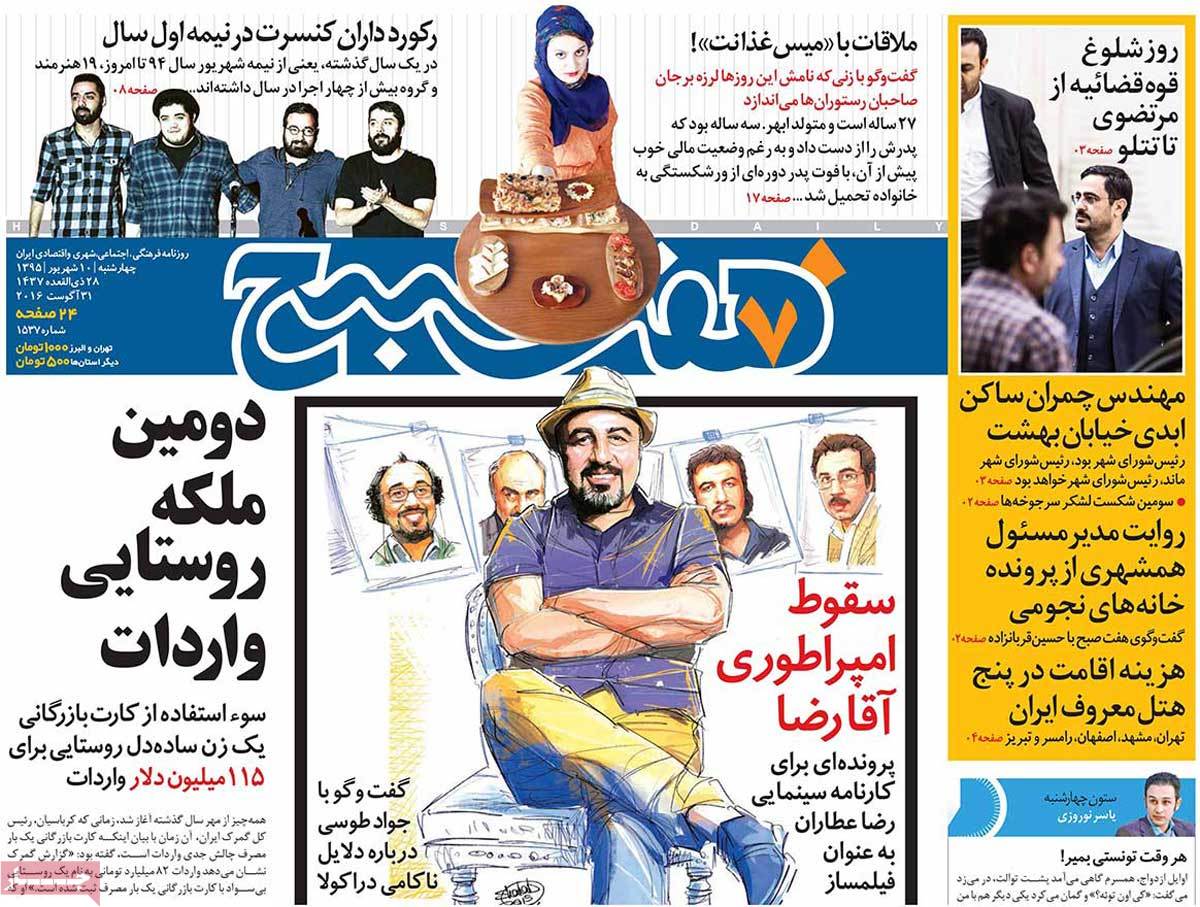 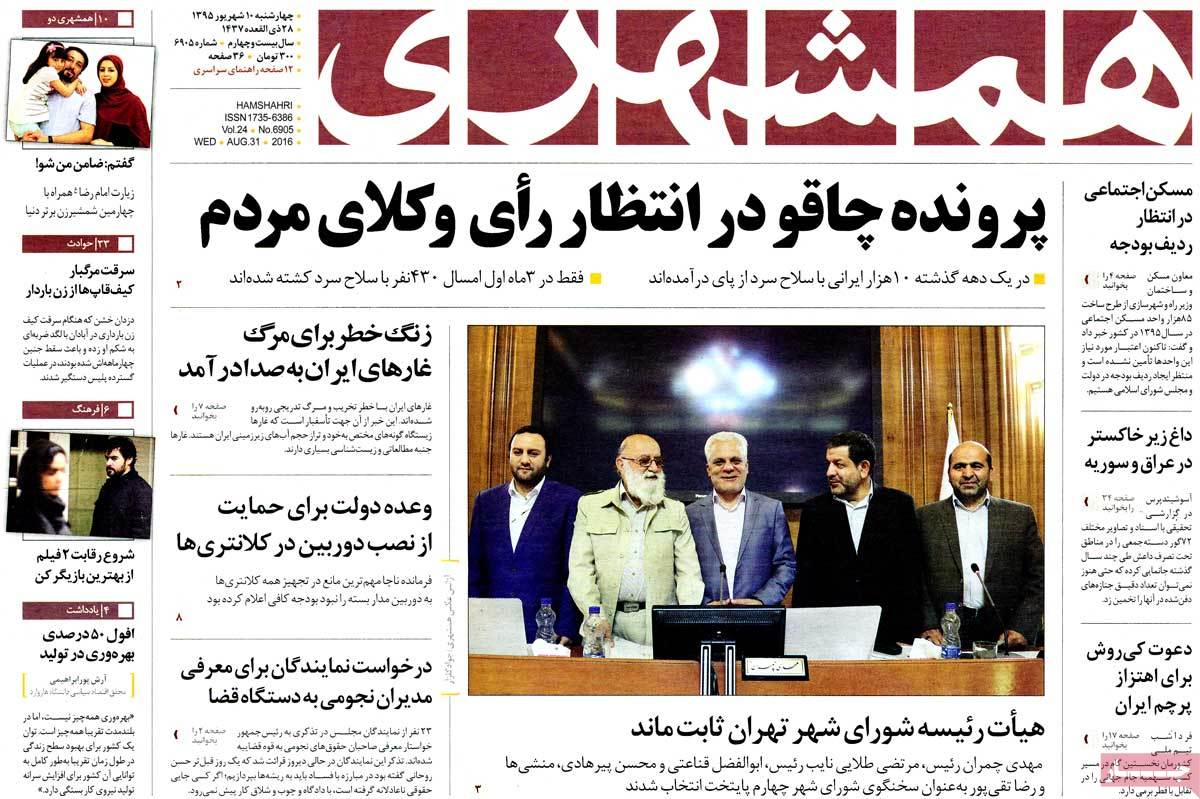 1- Ahmed Shaheed Not in a Position to Comment on Iran’s Criminal Law: Official

2- West’s Enmity towards Iran Is Because of Our Scientific Progress: Javad Larijani 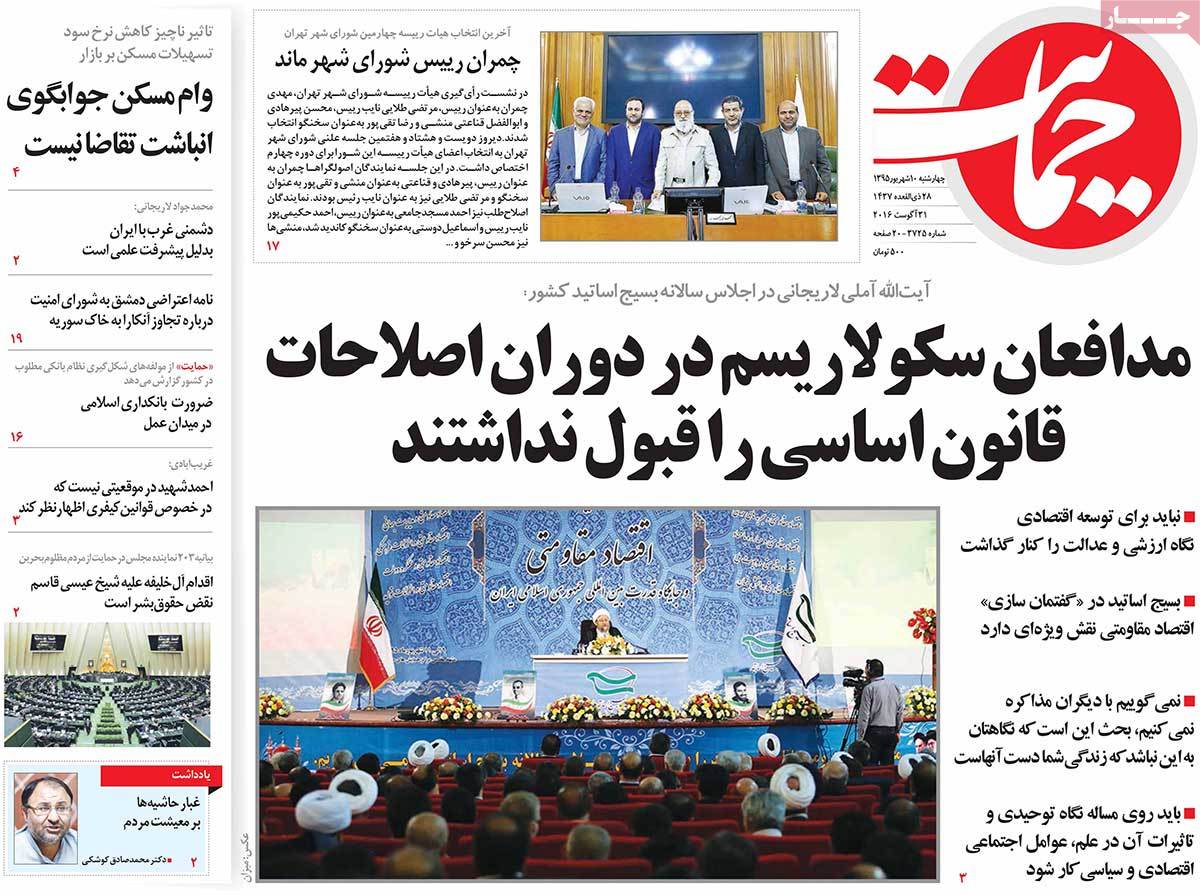 2- Government Will Not Support Any Offending Individual: Spokesman 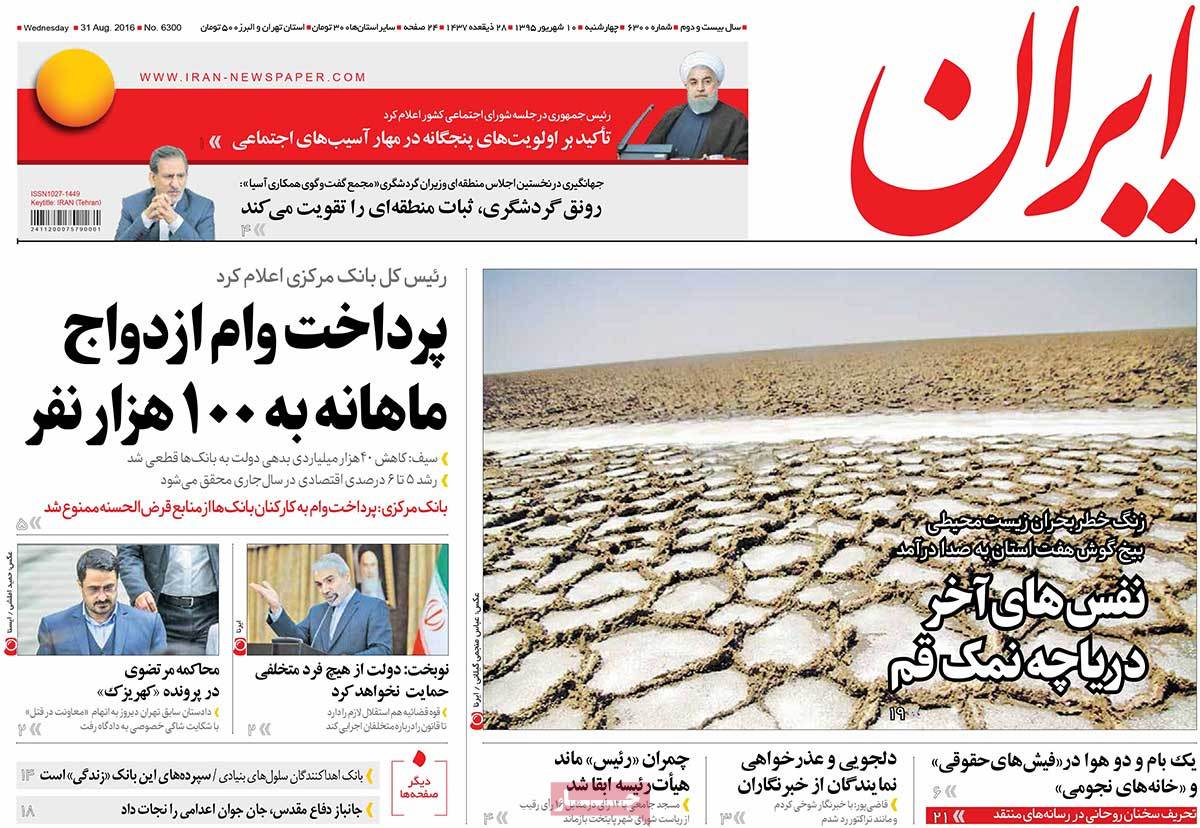 1- Washington Worried about Change in Aerial Balance of West Asia: While Israel Is Silent, US Spokesman Shows Reaction against S-300 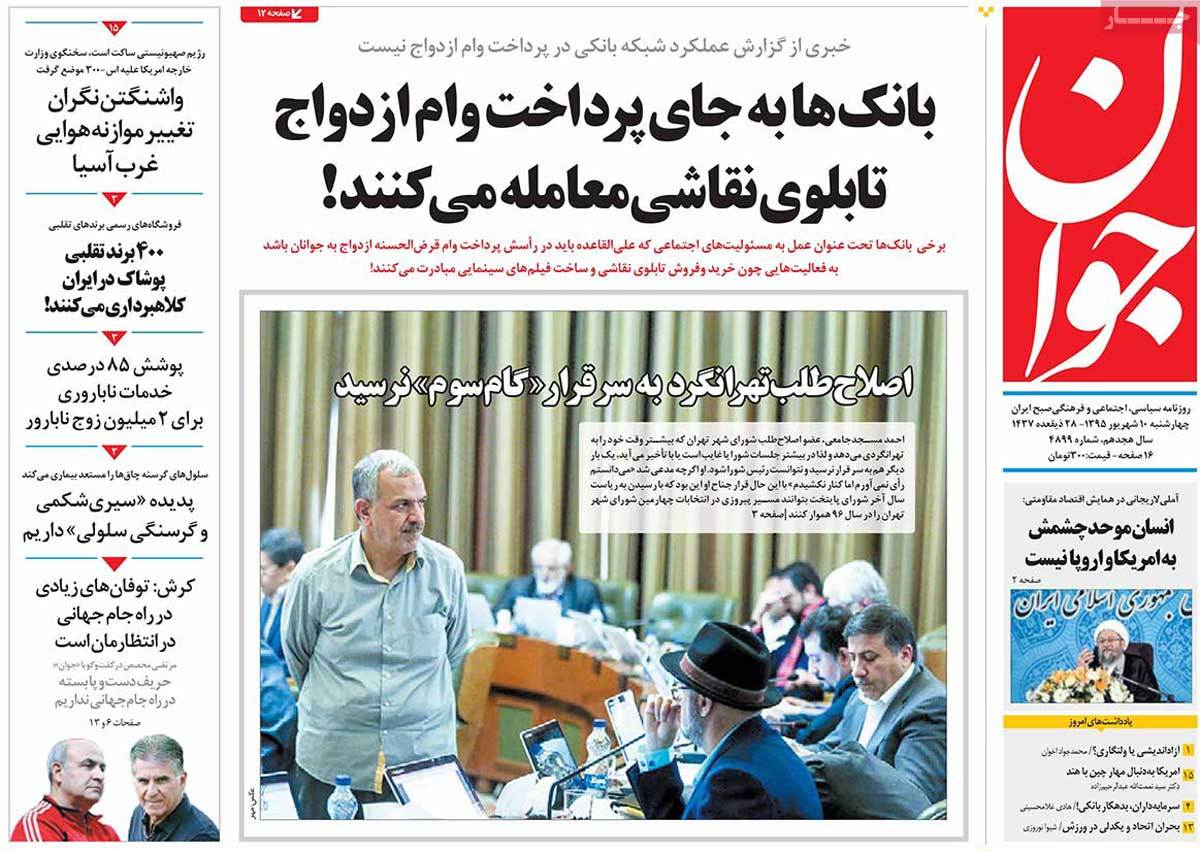 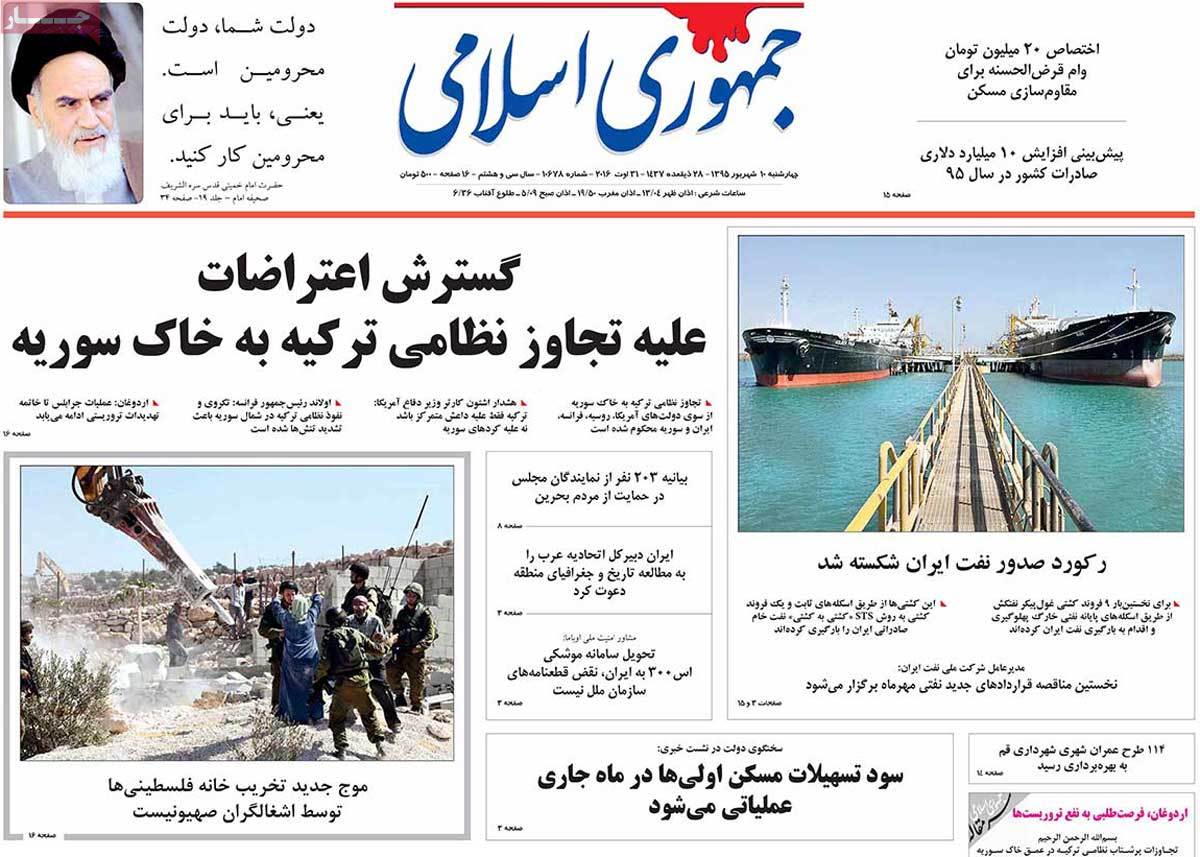 1- Gov’t Spokesman: Espionage of Member of Iran’s Nuclear Negotiating Team Is Not Worrying!

3- Why Riyadh Revealed Its Long-Time Ties with Tel Aviv? 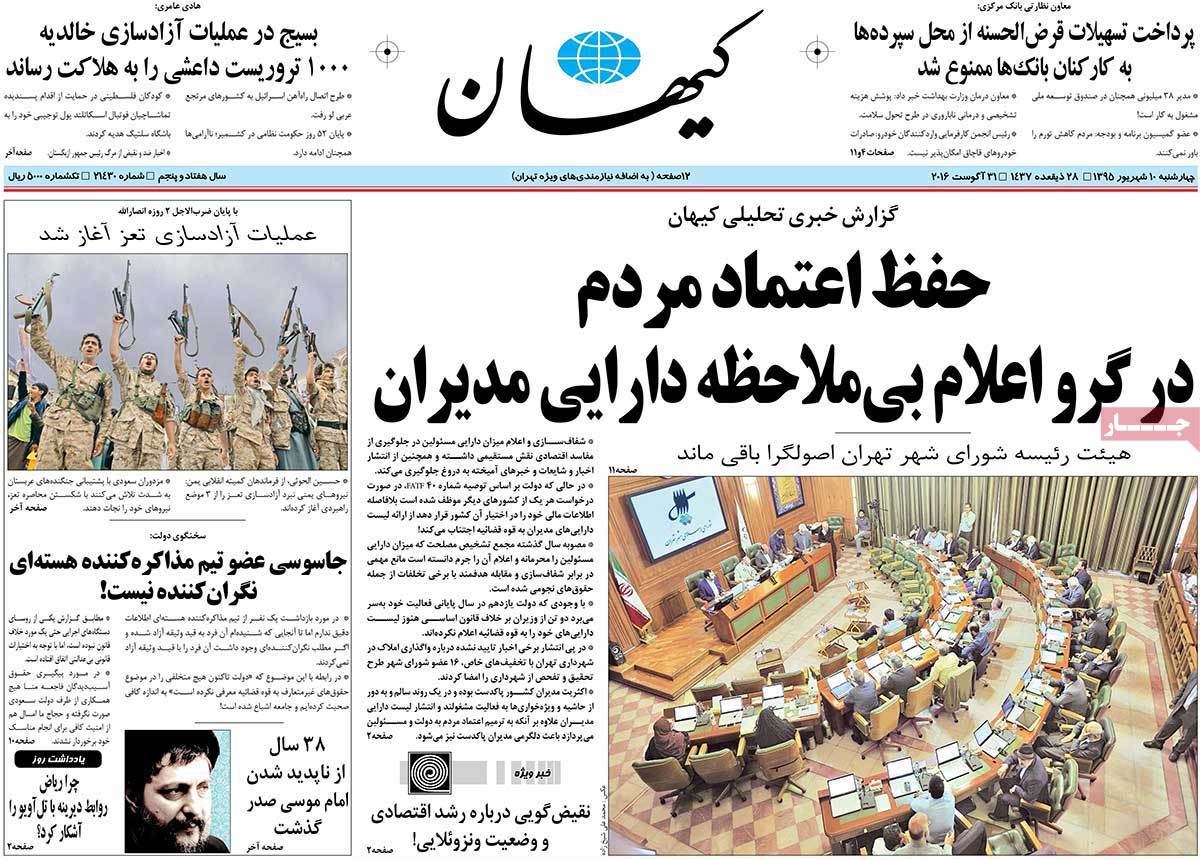 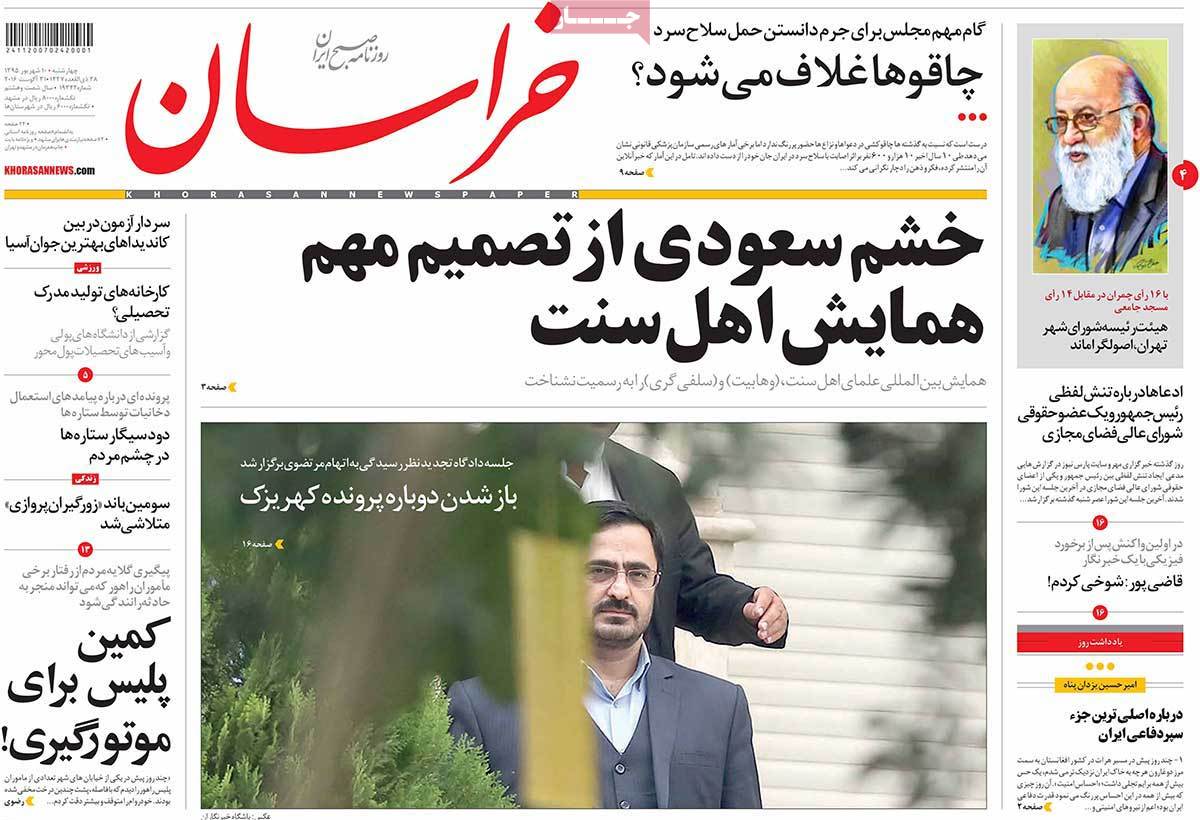 1- One of the Sedition [2009 post-election protests] Leaders behind Anti-Municipality Smears: Councillor

2- Who Should Be Held Accountable for Kashmir Crimes? What Are Int’l Bodies Doing?

3- Some Supported Secularism during Reformist Era

4- Regional Issues Can’t Be Resolved unless Israel Is Annihilated 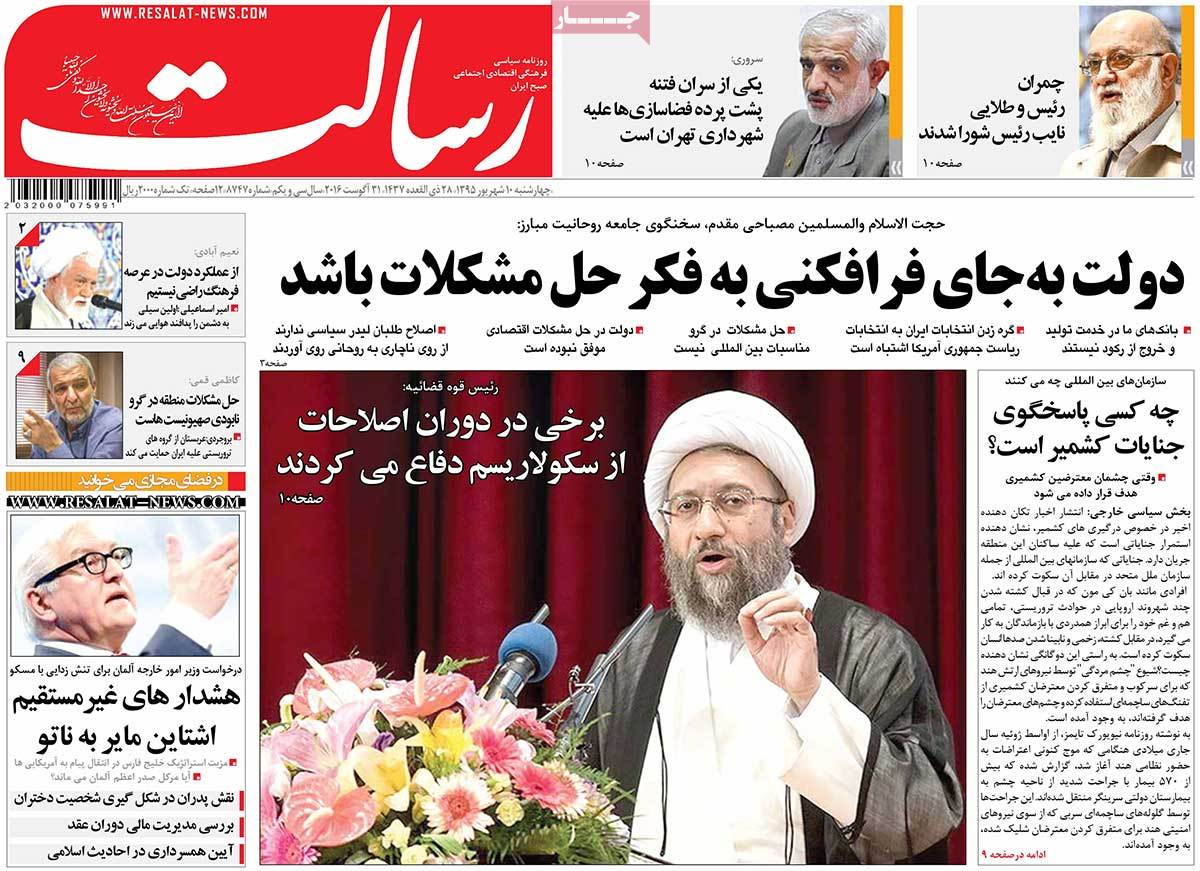 3- Prosecutor-General vs. Earthquake: Italian Judiciary to Sue Perpetrators behind Collapse of Buildings 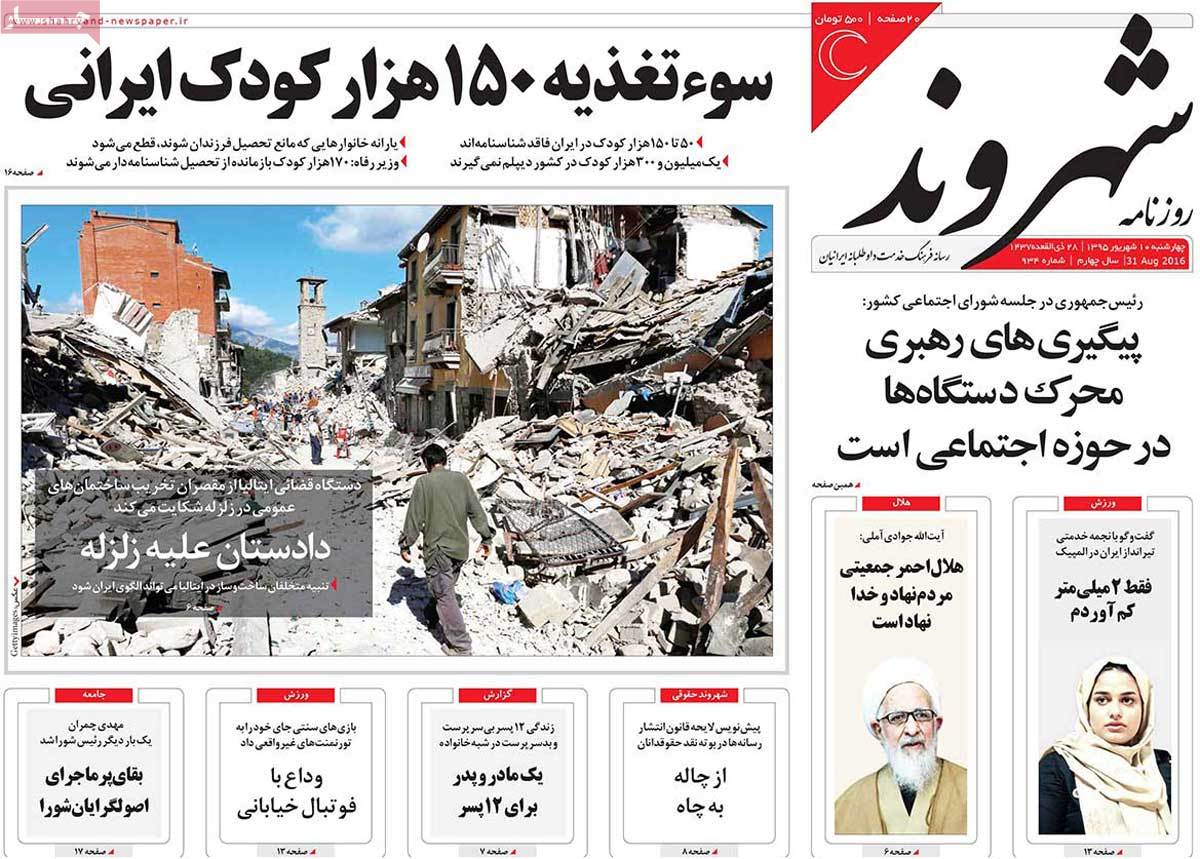 3- Judiciary Chief: Does a Person Who Believes in God Fear from Sanctions? 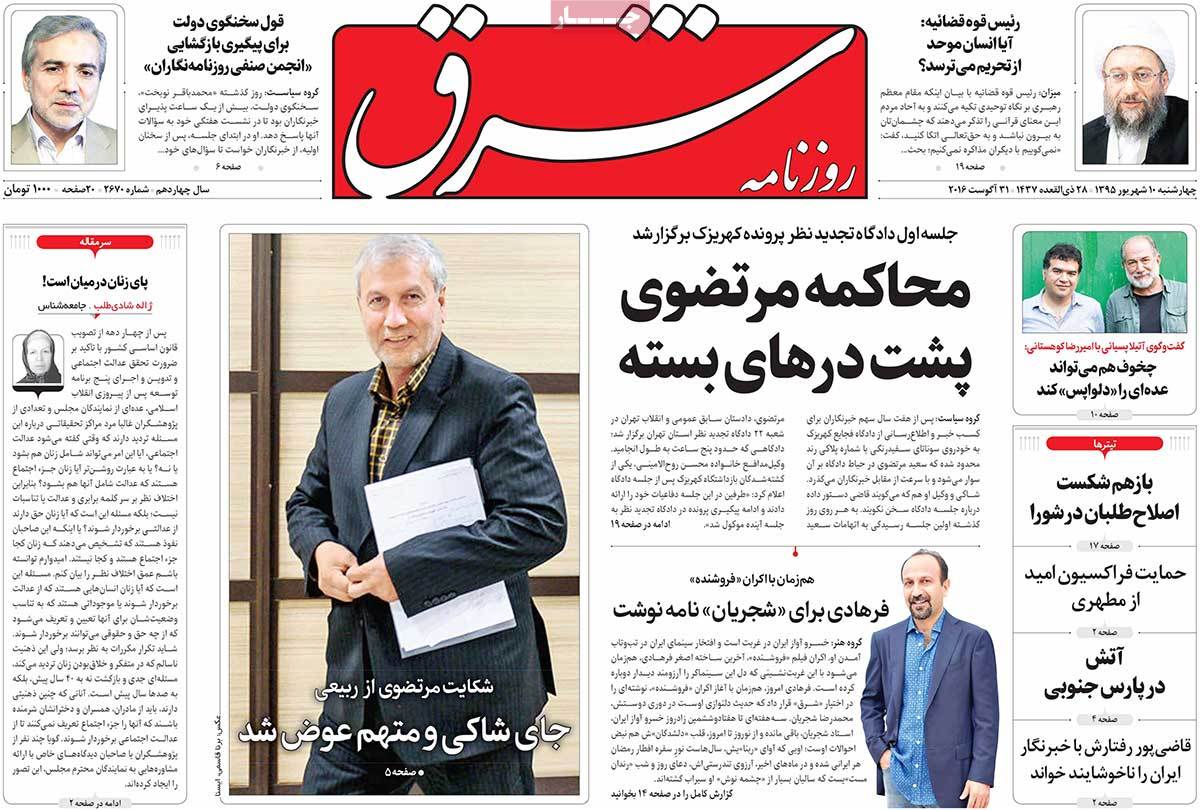 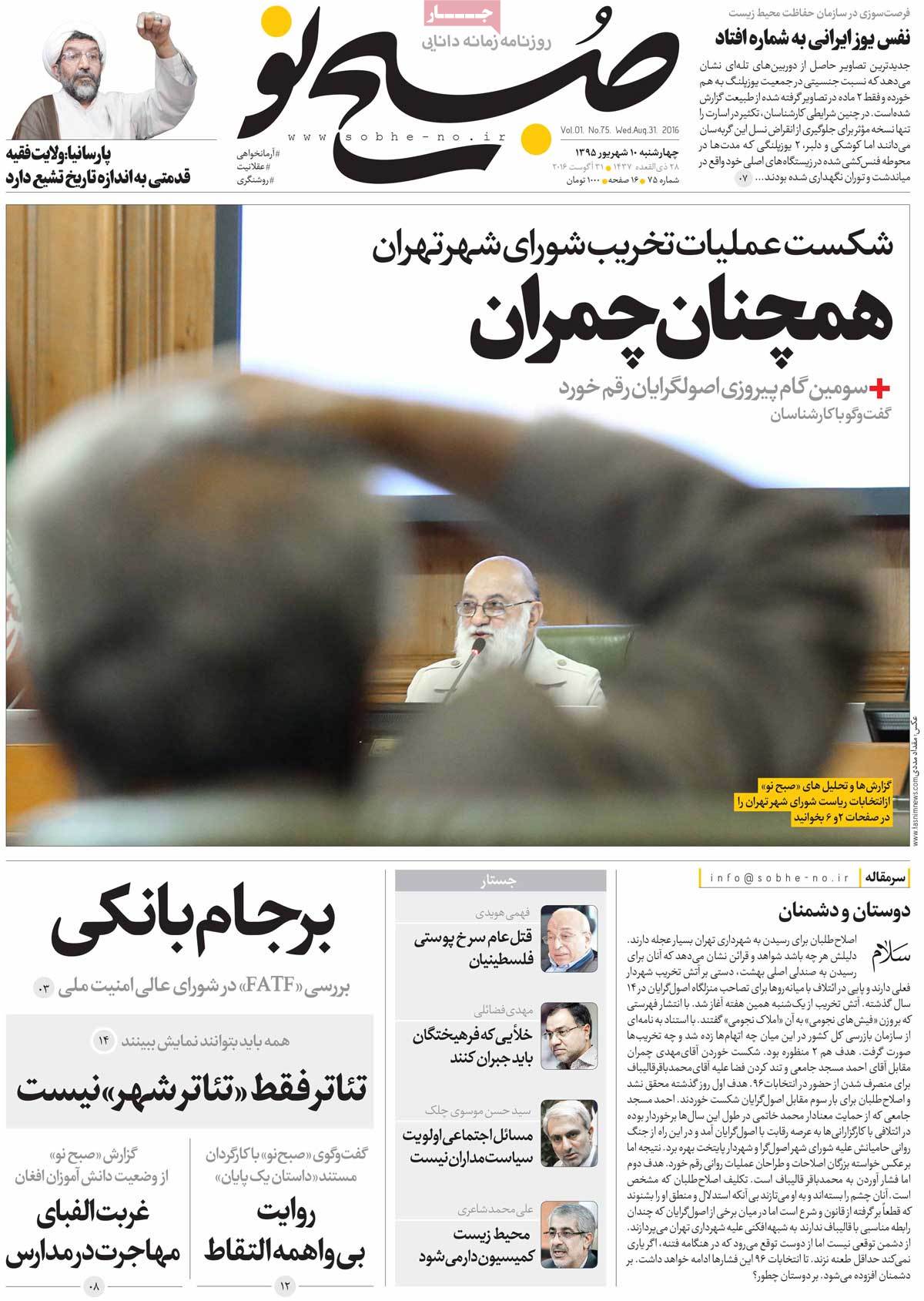 1- Cheetahs that Ran with Me: Life of a Ranger Traveling across Iran’s Deserts to Protect Asiatic Cheetah 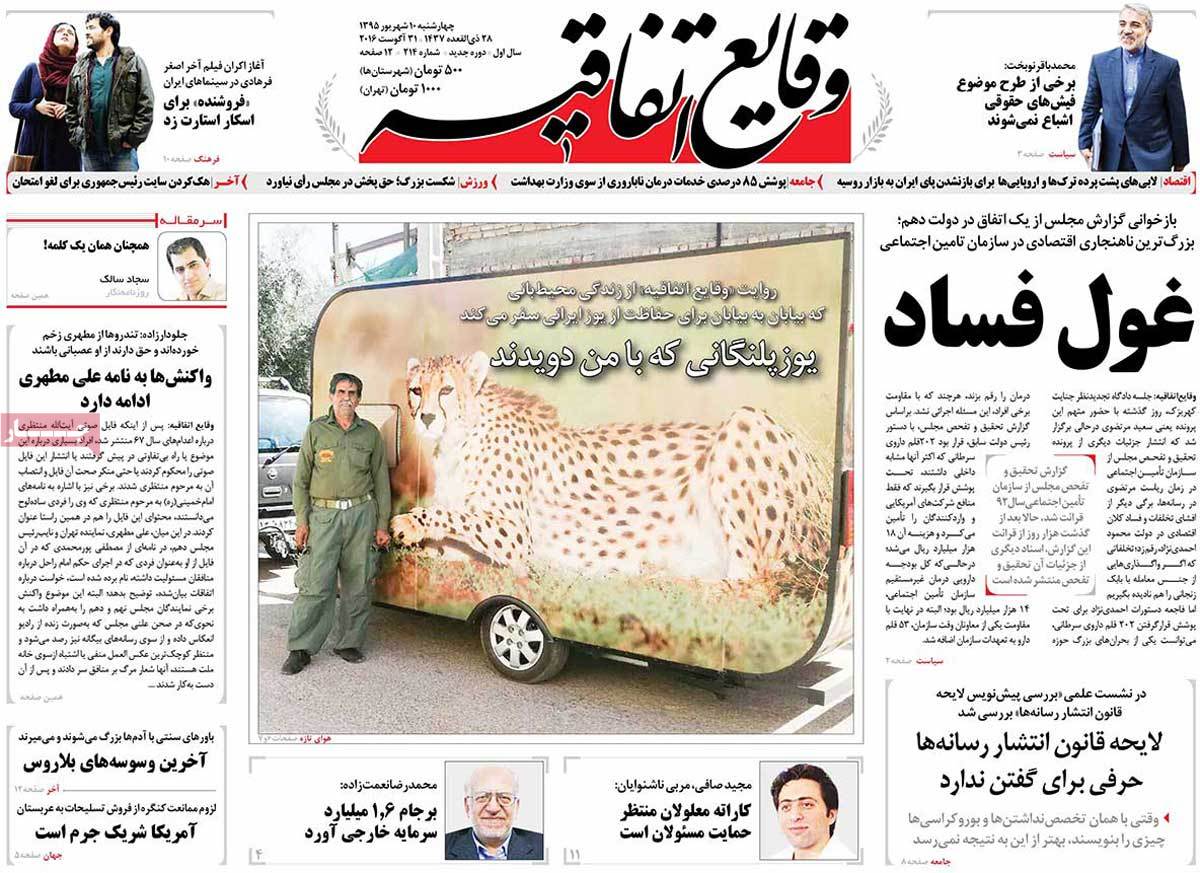 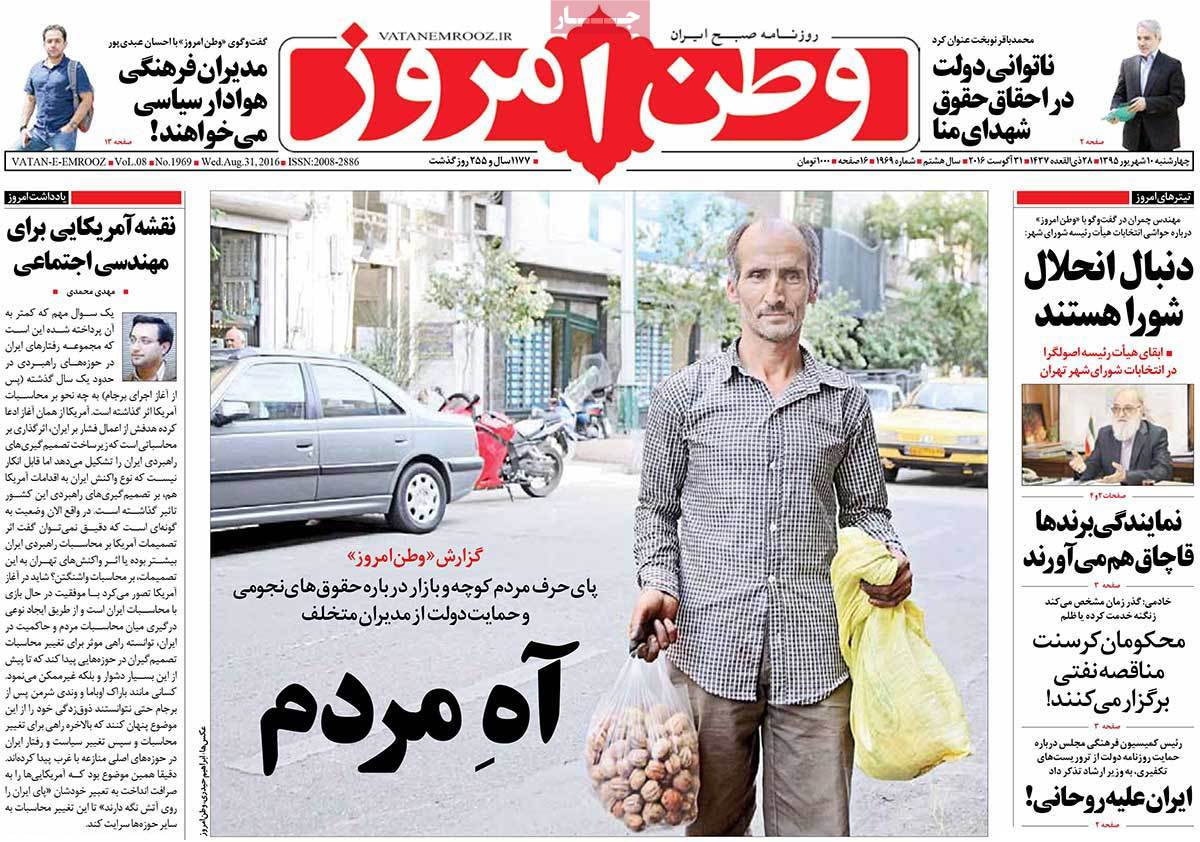