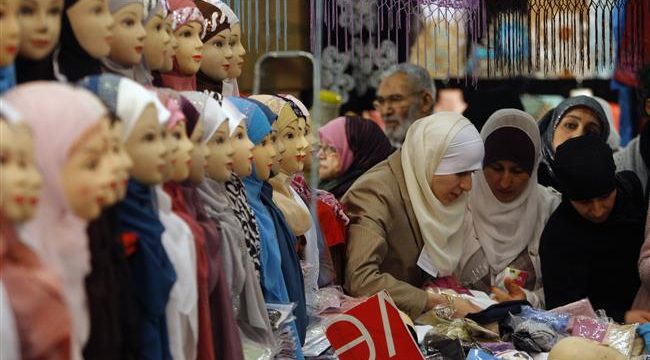 Two Muslim women have filed a complaint with French authorities after being described as “terrorists” and kicked out of a Paris restaurant for wearing headscarves.

The Collective against Islamophobia in France (CCIF), which advocates Muslim women rights, said Monday that prosecutors opened a probe into possible “religious discrimination,” warning the incident represents a “racist shift” in French society.

The owner of the posh Le Cenacle restaurant in the Paris suburb of Tremblay-en-France has been caught on Camera, ranting at the two women.

“Terrorists are Muslims, and all Muslims are terrorists… This is a secular country and I have a right to an opinion… I don’t want people like you here. Full stop,” the man shouted at the women, who in turn said they “do not wish to be served by a racist,” to which the man shouts, “Now get out.”

The CCIF said in its statement that it plans to pursue a civil claim against the restaurateur and would urge an “exemplary damages” to end the “impunity of Islamophobic violence and discrimination.”

The video has sparked outrage and widespread calls for protests across France. Members of the local Muslim community gathered outside the restaurant at the weekend to protest the incident.

Calls to boycott the restaurant also flooded social media sites, forcing the restaurant owner to apologize to the “entire Muslim community” for his actions.

The statement follows tensions in France over a controversial ban on Muslim women’s full-body swimwear, known as burkini.

The government banned burkini in about 30 French coastal resorts this summer, but France’s highest court ruled the ban is “seriously and clearly illegal,” this week.

Despite the ruling, as many as 28 French mayors still defiantly uphold the ban while right-wing politicians have pledged to pass legislation at a central government level to maintain the law.