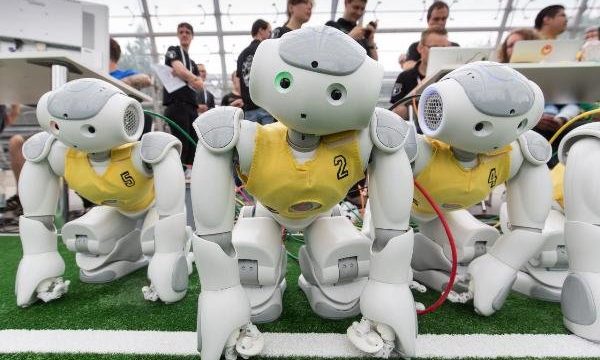 For the first time this winter, Iran will be hosting the International Humanoid Robotics Olympics.

Registration will begin on September 10 and enthusiasts willing to participate have just over a month to sign up by referring to http://autcup.aut.ac.ir/. The teams will be technically assessed in October.

The competitions will be held in collaboration with The Federation of International Robot-soccer Association otherwise known as FIRA.

According to Soroush Sadeghnejad, head of Student Committees at AUT, the competitions will be held in five leagues for university students and three leagues for high-school students.

Teams will compete in a variety of areas namely humanoids, mine detectors, assistant robots, micro flying robots and advanced pathfinders.

The highlight of this year’s event is that the robots will compete in a rally of sports Olympics.

“Aside from soccer, robots will vie for top position in other sports such as basketball, shooting, weight lifting, rugby gymnastics, taekwondo and track and field” Sadeghnejad said.

In past editions of the competition non-Iranian students also competed in a separate league. “This year, however, the non-Iranian league will be combined with the other events.”

Apart from humanoids and pathfinders, the high-school student league will also feature a transportation robots league.

He noted that side events will include an exhibition of the latest technological achievements in the areas of robotics and artificial intelligence, which aside from research centers and universities will be receiving representatives from the private sector.

For a few years now, Androids have taken up soccer as their favorite sport. Even though the robots are currently only wobbly players, the International Federation of Robotics Soccer also known as RoboCup predicts that by 2050 the humanoid soccer players will become so agile that they would be able to play against humans and even defeat some of the best of FIFA soccer teams.