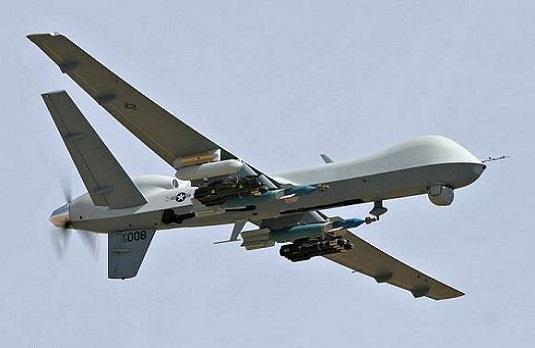 TEHRAN (FNA)- Iran’s Khatam ol-Anbia Air Defense Base warded off a US radar-evading spy drone after approaching the country’s bordering areas from Afghanistan.

The drone which intended to pass through Iran’s borders for espionage operations was dissuaded from accomplishing its mission after Khatam ol-Anbia Air Defense Base gave it a serious warning.

The Unmanned Aerial Vehicle (UAV) had taken off from a US base in Kandahar and had advanced to areas 20 miles off the Iranian borders when it was alarmed.

Iran has downed many US drones and they have always started reproducing them immediately after conducting reverse engineering.

The Iranian version of the RQ-170 drone was manufactured through reverse engineering of the US drone, which was tracked and hunted down in Iran late in 2011, and has been equipped by the Islamic Revolution Guards Corps (IRGC) with bombing capability.

Back in October 2013, Commander of the IRGC Aerospace Force Brigadier General Amir Ali Hajizadeh said Iran moved as much as 35 years ahead in building drone engines by reverse engineering of the US drone.

The RQ-170 engines are the fifth generation and the engines of Iranian unmanned planes are the third generation, Hajizadeh said.