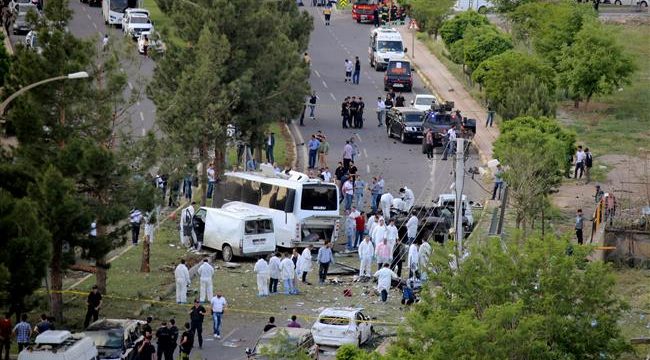 Four missiles were launched at a police checkpoint outside the airport’s VIP lounge late on Saturday.

Diyarbakir Governor Huseyin Aksoy announced that the incident did not result in any causalities or cancellation of flights.

There have been no claims of responsibility for the attack, but Kurdish militants are the main suspects.

The city is a flashpoint for attacks by the Kurdistan Workers’ Party (PKK) that has been fighting for an autonomous Kurdish region in the country’s southeast since 1984.

Ankara has been engaged in a large-scale anti-PKK campaign in its southern border region over the past few months. The Turkish military has also been pounding the group’s positions in northern Iraq as well in breach of the Arab country’s sovereignty.

The attack also comes just days after Turkey launched an incursion into Syria which Ankara says is aimed at fighting Daesh and Kurdish militants.

Also on Saturday, a rocket attack on a Turkish tank killed one soldier and injured three others close to the northern Syrian town of Jarablus.

Severe fighting was also reported between Turkish and Kurdish forces in two other villages close to Jarablus after Turkish tanks closed in on the villages.