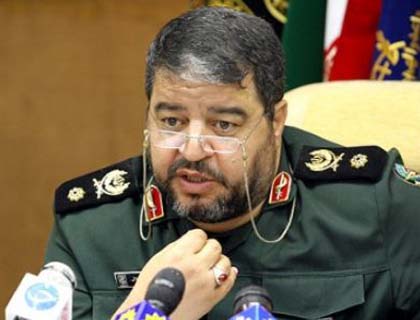 TEHRAN (Tasnim) – Head of Iran’s Civil Defense Organization Brigadier General Gholam Reza Jalali confirmed cyber attacks targeting the country’s petchem industry, but said they were not the cause of recent blazes in some petrochemical complexes.

“Regarding cyber attacks (on) some petrochemical units, we can say that it has been discovered and (viruses have been found) in an inactive state,” General Jalali said on Saturday, adding that necessary measures are being taken against the threat.

He noted that petrochemical complexes, which are controlled by supervisory control and data acquisition (SCADA) industrial control systems, are among centers that can be targeted by cyber attacks through viruses.

The official said that inspections by the Civil Defense Organization led to the discovery of inactive viruses in one or two petrochemical complexes and required defense measures were taken accordingly.

He said examinations by the organization showed that some of the foreign software products used there were contaminated with viruses right at the time of installation.

General Jalali, however, ruled out any links between the cyber attacks and recent fires that broke out in a number of petchem industry units in the country.

In the past few weeks, there have been several incidents in Iran’s petrochemical industry.

Earlier this months, fire and rescue squad put out a minor blaze at a petrochemical complex in the southwestern port of Bandar Imam Khomeini.

In late July, a fire broke out at a storage tank in Bistoon Petrochemical Complex in Iran’s western province of Kermanshah. The plant returned to service in less than 24 hours.

The most serious incident in the history of Iran’s petrochemical industry also took place in July, when an inferno broke out at Bu Ali Sina Petrochemical Refinery Complex in Mahshahr and raged at a giant storage tank for more than two days.