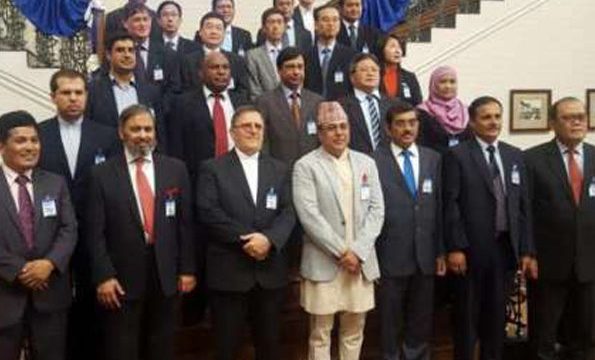 TEHRAN, Aug. 27 (MNA) – During the 30th SEANZA’s meeting of central bank governors in Nepal, Iran received the rotating presidency of the establishment.

The two day meeting of the central bank governors of the establishment of South East Asia, New Zealand, Australia (SEANZA) was opened in Nepal on Friday and Valiollah Seif, the Governor of the Central Bank of Iran (CBI) attended the meeting.

The 30th SEANZA conference is themed financial access services and rendering wide-scale banking services to people from all walks of life.

During the meeting, the Islamic Republic of Iran assumed the rotating presidency of South East Asia, New Zealand, Australia (SEANZA) central banks secretariat and will host the next event of the establishment.

A1956 meeting of central bank governors of five countries of South East Asia led to the formation of SEANZA which is now comprised of 20 members. SEANZA is aimed to promote cooperation among central banks by providing intensive and systematic training courses for central bank staff.