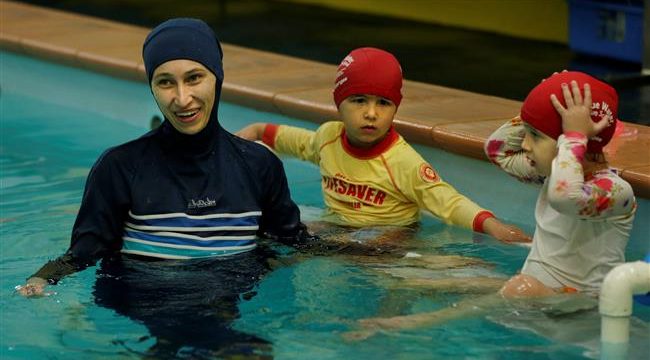 France’s Council of State has suspended a controversial ban on Muslim women’s full-body swimsuit, known as burkini, which has stirred anger among Muslims and split government officials.

The highest administrative authority in France issued the ruling after an appeal by the League of Human Rights to overturn the burkini ban in the town of Villeneuve-Loubet on the grounds that it violates the basic freedoms of dress, religious expression and movement.

The decree banning burkinis in Villeneuve-Loubet “seriously, and clearly illegally, breached the fundamental freedoms to come and go, the freedom of beliefs and individual freedom,” the court said in a statement on Friday.

Villeneuve-Loubet is one of 15 towns in France that have imposed such a ban. The ruling by the Council of State will provide a legal precedent for towns to follow.

One mayor in Corsica said he would not suspend his own ban. “There’s a lot of tension here and I won’t withdraw my decree,” said Sisco mayor Ange-Pierre Vivoni.

The court ruling is not likely to put a quick end to the heated controversy in France that coincides with early campaigning for the April 2017 presidential election. Pictures and a video recently emerged of French police showing officers enforcing the ban by making a woman take off an item of clothing. This intensified the controversy and prompted widespread anger.

The burkini ban has split senior members of the French government with Prime Minister Manuel Valls and Interior Minister Bernard Cazeneuve reiterating their support for mayors who have banned the burkini. Education Minister Najat Vallaud-Belkacem, however, says bans on the garment are politically motivated.

The French Council of the Muslim Faith (CFCM) praised the court’s decision as a “victory for common sense.”

“This victory for common sense will help to take the tension out of a situation which has become very tense for our Muslim compatriots, especially women,” said the CFCM secretary general Abdallah Zekri.

“By overturning a discriminatory ban that is fuelled by and is fuelling prejudice and intolerance, today’s decision has drawn an important line in the sand,” said John Dalhuisen, Amnesty’s director for Europe. “French authorities must now drop the pretence that these measures do anything to protect the rights of women.”

“These bans do nothing to increase public safety but do a lot to promote public humiliation,” Dalhuisen said.